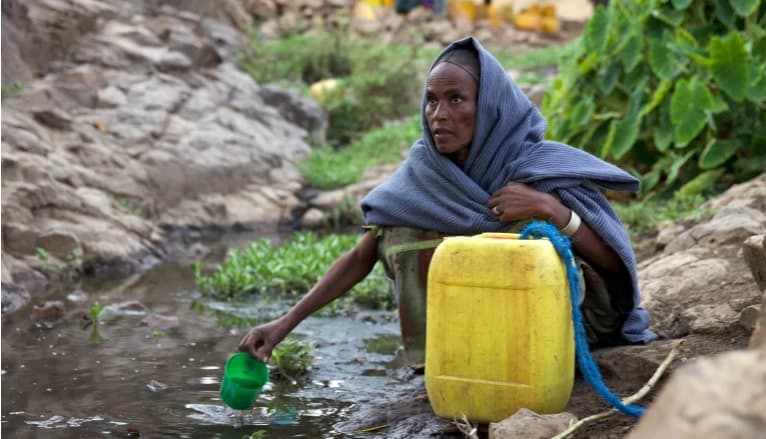 Tibebu Girma cannot risk it any longer. A farmer in the Qellem Wollega zone of Ethiopia’s Oromia region, the 30-year-old makes a living by cultivating maize and selling it in the markets of nearby villages. But a recent spate of deadly attacks targeting civilians of ethnic Amhara origin has convinced him it is time to pack up and leave with his wife and their infant son for somewhere safer.

“They don’t even spare the women and children,” Tibebu told Al Jazeera over the phone. “We aren’t safe here.”

At least 12 people, including a seven-year-old child, were hacked to death in two particularly brutal attacks on February 25 in the villages of Boka and Nechlu, in the eastern part of Oromia, multiple sources told Al Jazeera. Among the slain civilians were two of Tibebu’s uncles, Teshome Beyene and Tadesse Muluneh, who were farmers in the area.

“They won’t even let us heal,” said Tibebu. “There have been more killings in the same area this week.”

According to Ethiopian state media, 42 people were killed in two separate attacks on March 6 and March 9 that targeted Amhara civilians in Oromia’s Horo Guduru Welega zone. 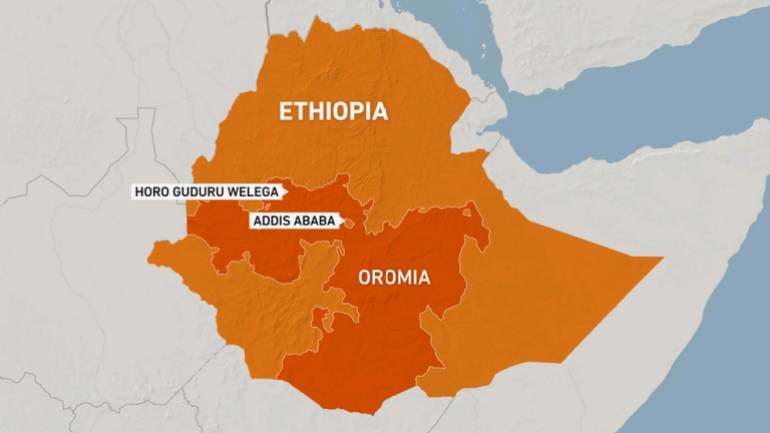 Located about 200 kilometres (124 miles) west of Ethiopia’s capital, Addis Ababa, the Horo Guduru Welega zone is in an area populated by people who come from Ethiopia’s Oromo and Amhara ethnic groups, who, combined, form about two-thirds of the country’s population of 110 million.

Sayd Hassen lost his wife, Mulu Mekonnen, as well as three children and a niece, the latter four aged between 10 and 15. They were shot dead with at least 20 others when their village of Dachin Gefersa was attacked on March 9.

“My family experienced the worst of barbarities in an age where even animal rights are respected,” said Sayd, 56. “What crime did my children commit? Being Amhara cost them their lives.”

Sayd said the murderers ransacked the family home and made off with clothing, money and cattle. He is currently taking shelter at a school compound with hundreds of others who were also displaced by the attack.

“Living as a beggar somewhere safe would be better than staying here,” Sayd said. “My family’s murderers are still out there.”

The OLA is the breakaway armed wing of the Oromo Liberation Front (OLF), which was founded in the 1970s to fight for the self-determination of ethnic Oromos. In 2018, promises of political reform by then-newly appointed Prime Minister Abiy Ahmed saw the OLF decriminalised and permitted to join party politics. But negotiations with the armed wing eventually soured, and the OLA splintered from the political organisation and resumed fighting.

Ethiopian authorities blame them for kidnappings, assassinations of officials and other crimes across Oromia. The OLA deny that they are behind the killings of civilians and instead blame former rank and file who have defected from their group.

“They [OLA fighters] are easily identifiable by their hairstyles,” a resident of the Jardega Jarte district who requested anonymity fearing reprisal told Al Jazeera.

Images of the group’s fighters uploaded to social media typically show camouflage-clad youths with hair worn in dreadlocks. “They kill, steal, do as they please and nobody stops them,” the resident said.

Locals Al Jazeera spoke to accused the Horo Guduru Welega and neighbouring zonal administrations of being aware of the problem but typically taking no action, turning a blind eye to the suffering of ethnic Amhara villagers.

“We have pleaded with them many times to do something about the security situation, but they do nothing,” said Damtew Kassa, a farmer who resided in a village near the town of Shambu.

Damtew’s cousin, Kindeneh Gizachew 25, was among the dead in the February 25 attack in Nechlu. His badly mutilated body was found, arms bound.

“I believe the authorities sympathise with the attackers,” Damtew alleged. “Police don’t show up until after the attackers leave, or sometimes not at all,” he added. “The government knows about the problem. Nobody has ever been arrested for these crimes.”

Tewodros Tirfe, chairman of the United States-based Amhara Association of America advocacy organisation documenting rights abuses in the region, echoed the view that regional administrators are exacerbating the problem.

“There’s a clear indication that local officials are complicit in the attacks,” he told Al Jazeera. “The OLA has carried out many of the massacres, either right before security forces arrive or after they and local administration leave the area. It implies there’s a leak of information or collaboration of sorts.”

Al Jazeera reached out to the Horo Guduru Welega zonal administration head Bekele Dechassa by phone. He was asked about complaints in his constituency that his leadership was either complicit in recent killings or turned a blind eye to them.

“These are baseless allegations,” was how Bekele responded, but he was also unwilling to discuss specifics about his administration’s response to recent tragedies in his jurisdiction.

The federal government accuses leaders of the former Tigrayan People’s Liberation Front-led (TPLF) Tigray regional government, against whom it launched a military operation late last year, of orchestrating attacks against civilians across the country. It has yet to provide evidence for its claims.

“In the past two years, there have been 113 major incidents in which lives were lost and property destroyed,” Abiy said in a November address to Parliament. “Using people on the inside and coordinated efforts, [the TPLF] ensured there would be terror across the country.”

In December last year, federal forces arrested five officials from the Benishangul-Gumuz regional government in western Ethiopia who were accused of facilitating attacks against civilians in the region.

According to the report, victims who pleaded for assistance were told that “higher-ups gave no order to intervene”. A resident in the town of Dera was quoted as saying the 150-man police contingent based in the town stood idly by on the night of June 29, as attackers killed people and set homes ablaze.

The uptick in ethnic violence in recent years has devastated ethnic Amhara communities in parts of western Ethiopia. In November, more than 50 ethnic Amhara were massacred at a school compound in western Oromia. On December 23, attackers killed more than 200 civilians of ethnic Amhara, Shinasha and Oromo background in the neighbouring Benishangul-Gumuz region.

Violence has already caused at least 100,000 people to flee that region since July 2020, according to United Nations data.

“Ethnicised politics typically leads to the demonisation of minorities as local officials jostle one another to beef up their popularity by ostracising minorities. The system hence victimises the weak and different, and encourages narratives that feed violence,” said Addisu Lashitew, research fellow at the Brookings Institution.

“Considering these, the targeted killing of dozens of Amhara minorities in Horo Guduru zone should not come as a surprise,” he added, calling for legal safeguards to protect minorities on top of giving them political representation.

“A political system that falls short of this basic principle is not much better than the law of the jungle.”

At the end of 2019, there were more than 1.4 million internally displaced people across Ethiopia, according to the Geneva-based Internal Displacement Monitoring Center. The Tigray conflict has forced hundreds of thousands of others from their homes, while the current trend in violence-hit western Ethiopia appears set to exacerbate the country’s already severe internal displacement population woes.

“Until a few years ago, it was peaceful here, but it’s all ruined now,” a rueful Damtew said.

“My cousin lived here for about a decade before he was killed. We never had any problems with the Oromo or anyone else.”

Damtew is in the process of moving his family to the neighbouring Amhara region of Gojam, citing the growing danger. He says many others will follow suit.

“In my village, the Amhara and Oromo intermarry. I speak both languages, which is common,” Faisal Ibrahim, who fled Bereecha in Horo Guduru last year, told Al Jazeera from Bahir Dar.

“But for the shene, it won’t be enough,” the 30-year-old said, using a term commonly used by some Ethiopians to refer to the OLA.

“Even if you speak their language, they’ll take your phone and check if you listen to Amharic or Oromo music. That’s all it takes for them to kill you.”