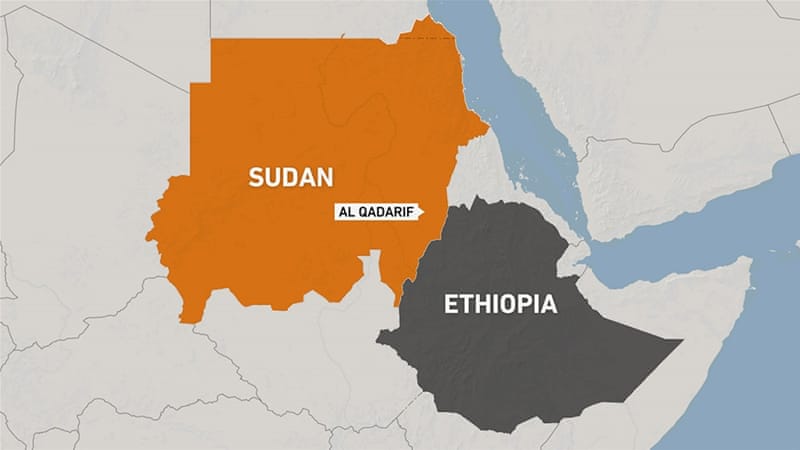 Sudan literally cannot afford to militarily provoke Ethiopia even if Egypt partially bankrolls this campaign. This simple pragmatism might be the only thing stopping the scenario that was warned about in this analysis. Sudan’s false claims against Ethiopia over the weekend could have been a way of showing deference to its Egyptian patron even if Khartoum isn’t serious about attacking its neighbor like Cairo might want.

Sudan alleged over the weekend that the Ethiopian National Defense Forces (ENDF) and its allies killed six of its soldiers during an attack in a disputed border region. Ethiopian government spokesman Legesse Tulu denied the claims the day after and clarified that “A large group of insurgents, bandits and terrorists had entered [from Sudan]. The Ethiopian National Defence Force and the local militia have destroyed them.” Khartoum’s information provocation occurred right around the time that the ENDF liberated the town of Chiffra in northern Afar Region. This suggests that the two events might be connected, in particular, that Sudan sought to establish the pretext for possibly militarily provoking Ethiopia sometime in the coming future in order to save the TPLF on its Egyptian patron’s behalf.

To explain this theory, the foreign-backed regime change terrorists are on the backfoot despite prior Western propaganda to the contrary, which was confirmed by the liberation of Chiffra. Prime Minister Abiy Ahmed, who’s leading the war effort from the front lines, also just called on the TPLF to peacefully surrender. It’s therefore clear that the dynamics have completely changed since early November when the TPLF was on the offensive after Ethiopia’s state of emergency inspired thousands of its citizens to volunteer with the ENDF in order to help their country survive its existential crisis. For this reason, it makes sense why the TPLF’s Egyptian backers might push their Sudanese proxy to consider provoking military tensions with Ethiopia in order to save this terrorist group from its impending defeat.

Sudan, in its present form, cannot really be regarded as an independent country. Although the recent coup was partially reversed per the latest power-sharing deal that was agreed to in late November, that state still remains largely under its Egyptian neighbor’s influence. Khartoum also supports Cairo against Addis Ababa when it comes to the Grand Ethiopian Renaissance Dam (GERD) issue. Mr. Legesse’s claim that the TPLF invaded Ethiopia from Sudan suggests some level of support from the latter. This in turn lends credence to the scenario that this country might be pushed into militarily provoking Ethiopia under the false pretext of “defending” itself from the ENDF’s debunked “invasion”. That could serve to dramatically internationalize the conflict and buy the TPLF some time to reconsolidate its fleeing forces.

Of course, it should go without saying that no such scenario might ultimately materialize, but it nevertheless can’t be dismissed at this point considering Sudan’s latest information provocation of falsely alleging an attack against its forces by the ENDF and its allies. This dangerous claim advances the scenario of wider conventional clashes between these neighboring nations against the context of Ethiopia’s ongoing domestic conflict. Addis Ababa’s debunking of Khartoum’s twisted interpretation of events also suggests that Sudan is playing a key role in supporting the TPLF’s terrorist-driven regime change war. Cairo has been banking on that group remaining a powerful force for internally partitioning Ethiopia and didn’t expect the ENDF to make such rapid gains against it so soon.

Faced with the predicament of its proxies being defeated in the coming future contrary to Egypt’s prior predictions that they’d at least be able to hold their ground in the Afar and Amhara Regions that they invaded over the summer, it’s indeed possible that Cairo could ask Khartoum to provoke military tensions with Addis Ababa. This could even be pushed through by a false flag attack or another twisted interpretation of the ENDF’s defensive anti-terrorist operations against the Sudanese-backed TPLF. From Egypt’s strategic standpoint, that might be the best option for saving its proxies, but it of course would require Sudan’s compliance. It remains unclear though whether its largely Egyptian-influenced government would risk sacrificing itself for its two allies’ sake, Egypt’s and the TPLF’s.

Sudan is among the poorest countries in the world and sharply divided with internal contradictions that threatened to spiral into civil war prior to the recent power-sharing agreement per the restored Prime Minister’s own words in an interview that he gave to the Financial Times earlier this week. It literally cannot afford to militarily provoke Ethiopia even if Egypt partially bankrolls this campaign. This simple pragmatism might be the only thing stopping the scenario that was warned about in this analysis. Sudan’s false claims against Ethiopia over the weekend could have been a way of showing deference to its Egyptian patron even if Khartoum isn’t serious about attacking its neighbor like Cairo might want.

2 thoughts on “Will Sudan Militarily Provoke Ethiopia To Save The TPLF On Egypt’s Behalf?”