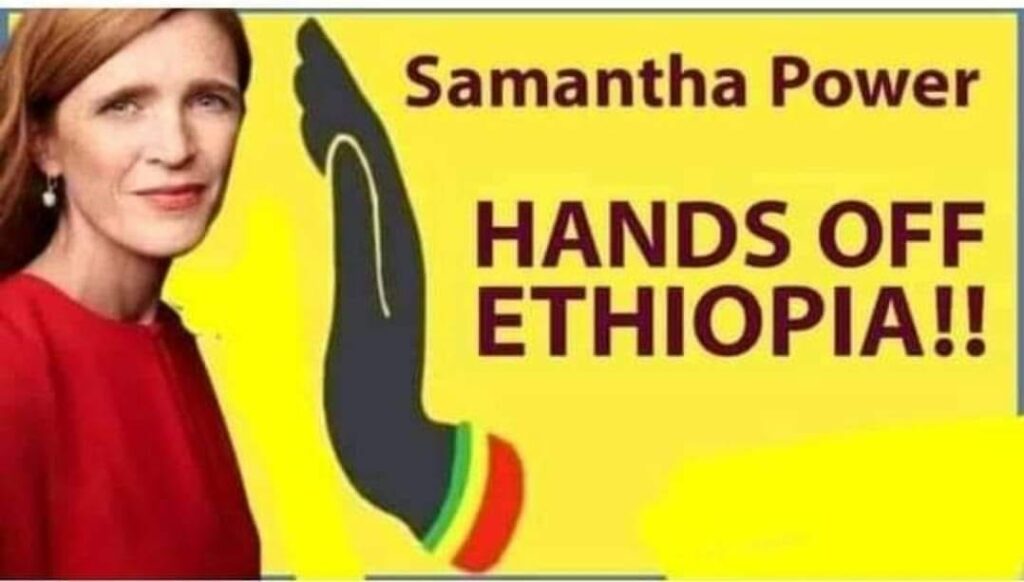 The below is attributable to Spokesperson Rebecca Chalif:‎

On the third day of her trip to Sudan, Administrator Samantha Power traveled to Um Rakuba refugee camp in Gedaref State to meet with refugees from Ethiopia’s Tigray region, representatives of Sudanese communities hosting the refugees, and U.S. government humanitarian partners responding to the crisis. USAID is providing food assistance to nearly all of the more than 46,000 refugees who have fled to Sudan since the start of the conflict.

The Administrator spoke with representatives from the World Food Programme (WFP) and the United Nations High Commissioner for Refugees about the humanitarian assistance they are providing to Um Rakuba’s 21,000 refugees. Sudanese living in areas near the camp described the impact of the refugee crisis on their communities, which, along with the Government of Sudan, have welcomed Ethiopians fleeing conflict, atrocities, and starvation. Administrator Power then toured food and cash distribution sites and heard directly from camp residents and frontline humanitarian workers. The Administrator sat with a group of women living at Um Rakuba and heard their stories, including accounts of horrific sexual violence at the hands of armed groups.

Following her trip to Eastern Sudan, the Administrator returned to Khartoum and toured a Government of Sudan Family Support Program (SFSP) enrollment center. SFSP is a USAID-supported social safety net program designed to ensure Sudanese people can make ends meet as the country makes important economic reforms. Administrator Power spoke with the young volunteers who work in their communities to get their neighbors enrolled in the program as well as with families who were in the process of enrolling for the first time. To date, some 1.35 million families have been enrolled with 400,000 receiving payments through both WFP and the World Bank. The World Bank has a target of 3 million families enrolled and receiving payments by the end of the calendar year. USAID has provided $20 million and is planning a further infusion of support in order to help expand enrollment.

The Administrator then sat down for an interview with the Sudanese Broadcasting Corporation (SBC) – formerly a propaganda arm of the Bashir regime that is now serving as a reliable source of news for the Sudanese people. USAID’s Office of Transition Initiatives is providing funding and support to SBC in its transition to a news organization that is legally independent of the government.

Following the interview, the Administrator held detailed discussions with Justice Minister Nasredeen Abdulbari, about the wide range of judicial, regulatory, and legislative reforms that his ministry has begun, while they discussed the specific support from USAID and other donors that could strengthen the ministry’s capacity for reform and accelerate the strengthening of the rule of law after so many decades of impunity, corruption, and neglect.

Additionally, the Administrator’s delegation met with a group representing Sudan’s business community to discuss the vital role of the private sector in advancing economic growth as the country emerges from years of international isolation.