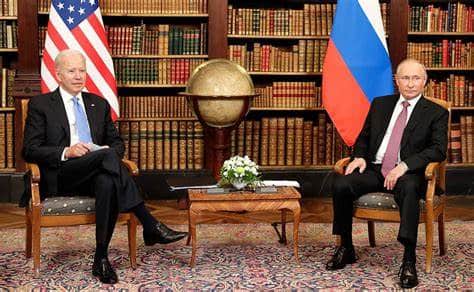 The US made the first atomic bomb through basically what amounted to slave labor of world scientists assembled in a maximum-security concentration camp called Los Alamos.  Ever since then, it has readily used atomic/nuclear bombs or has readily threatened to use them whenever and wherever it deems its military mission would not be a cake walk with minimal American casualties.

President Truman’s alibi for bombing the hell out of Hiroshima and Nagasaki was “to bring the war to a speed end and save American lives”.  The same Truman threatened to use nuclear weapons in Korea, only because the resistance to his forces appeared to be stiffer than he expected.  President Eisenhower was quick to pull the nuclear card when things seemed to get a bit out of his control during the Taiwan Strait Crisis of the 1950s.

A sure as hell way for American presidents or presidential hopefuls to boost their polling numbers is threatening to nuke the likes of Afghanistan, Iran, and Syria.   Taking a page from their play book, the current foreign secretary of England, Liz Truss, tried to increase her chances of replacing Boris Johnson by boasting about her readiness to launch Trident nuclear weapons (supposedly on Russia).

America claims that its stooge (Zelensky) has severely degraded the Russian military and is ecstatic about it.  It brags that Zelensky has killed more than 80 thousand Russian soldiers, destroyed more than two thousand tanks, and shot down more than one hundred manned aircraft.  It praises its howitzers and HIMARS for enabling Zelensky to strike deep inside Russian territory.

Well, what can one say, except that Zelensky is lucky he is fighting the nuclear dovish Russians.  Had he been fighting the nuclear hawkish Americans and dropped even a single tiny cannon ball on their territory, he would have been roasted by a nuclear inferno a long time ago.  After all, the US is a country which almost started a nuclear war, only because its missile deployment in Turkey (right on the border of Soviet Union) was matched by Soviet missile deployment in Cuba, more than 90 miles away from the US border.

The US is so narcissist that it would rather take the entire world (including itself) to hell via nuclear Armageddon than see her hegemony chipped even by a tiny bit.  Apart from English imperialism (of which the US Anglo-Saxon imperialism is nothing but an extension) and which (fortunately) did not have nuclear weapons, but whose famous leader (Winston Churchill) openly lauded the vicious massacre of Africans by the then weapon of mass destruction (the Maxim machine gun which could fire 600 rounds per minute) by writing

“Thus ended the battle of Omdurman—the most signal triumph ever gained by the arms of science over barbarians. Within the space of five hours the strongest and best-armed savage army yet arrayed against a modern European Power had been destroyed and dispersed, with hardly any difficulty, comparatively small risk, and insignificant loss to the victor.”  [Winston Spencer Churchill, The River War: An Historical Account of the Reconquest of the Sudan, page 164]

no other imperialism (including the Roman imperialism) could be accused of such barbaric narcissism.

1 thought on “US, Russia, and the nuclear option”