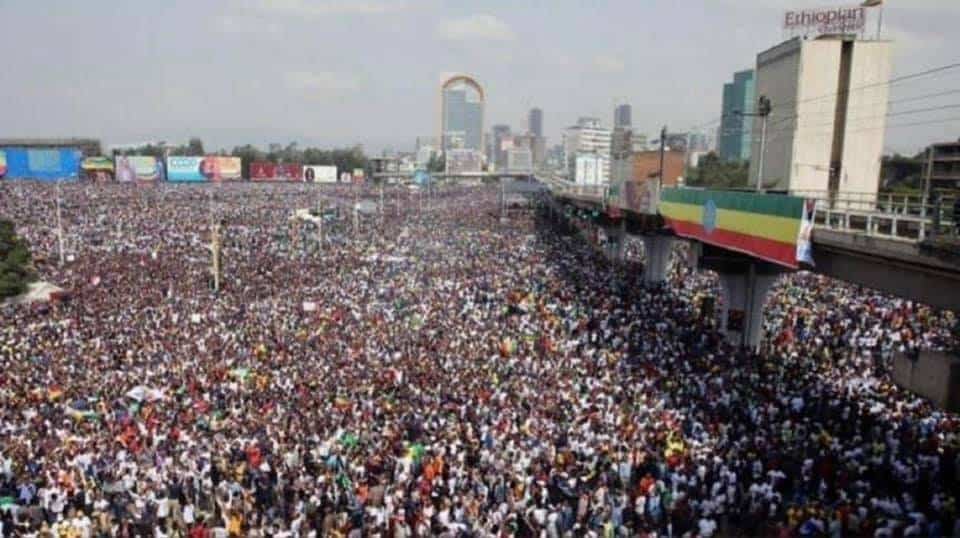 The Special Adviser of the United Nations Secretary-General on the Prevention of Genocide, Alice Wairimu Nderitu has raised alarm at the continued deterioration of human rights due to ethnic violence in Ethiopia and called for dialogue to address the crisis.

In a statement released on Tuesday, Ms Nderitu expressed concern over the escalation of violence, increased incidence of ethnically and religiously motivated hate speech, displacement of populations and destruction of property display terming them as serious indicators of risk of commission of atrocity crimes.

“It is essential that all parties take serious and urgent steps to de-escalate the situation and take active measures to mitigate the risk of commission of widespread and systematic violence, including along ethnic lines. This risk is real and must be addressed as a matter of urgency,” said Ms Nderitu.

She noted that the decentralised nature of the country and the strengthening of ethnic-based allegiances, especially at the community level, enhance the possibility of such violence.

She warned that further deterioration can have very serious consequences not only for the future of the country but also for the region, including cross-border conflicts.

“It is therefore vital that regional actors take any possible initiative to strengthen dialogue and put an end to the armed conflict, including by supporting ongoing regional mediation efforts, and that the international community remains engaged in supporting such efforts and in contributing to open further options for peace,” she said.

“This includes the African Union’s Peace and Security Council, and the Intergovernmental Authority on Development (Igad) both of which have a key role to play.”

Through genuine and inclusive dialogue can Ethiopians address the root causes of their divergences and preserve their country’s unity and stability, she said.

“This includes at the community level, where strategies to reduce conflict, division, distrust and hostility are especially paramount.”

She said dialogue between Ethiopian Prime Minister Abiy Ahmed and the warring factions led by Tigray forces and other armed groups was the best way to resolve the crisis at hand.

“Through dialogue, Ethiopians can find solutions based on shared needs and interests and build a common sense of belonging through constant interaction and shared experiences. In short, they can see once more that they have more commonalities than differences, as their kinship ties across ethnicities go back centuries,” said Ms Nderitu.

“Unfortunately, dynamics conducive to legitimising violence for political and ethnic nationalism purposes precede the current conflict, and the current conflict is likely to build upon this negative legacy. This cycle needs to be broken for sustainable peace to emerge.”

Special Adviser Nderitu also acknowledged the serious violations by all parties between November 2020 and August 2021 documented in the Joint Investigation into Alleged Violations of International Human Rights, Humanitarian and Refugee Law committed by all parties, issued by the Ethiopian Human Rights Commission and the Office of the United Nations High Commissioner for Human Rights this week.

She called on the High Commissioner for Human Rights in urging national and international national actors to take steps for accountability for the serious violations documented in the period covered by the report, as well as for the alleged violations committed since.

She expressed concerns in her February 5 and July 30 statements on the situation in Ethiopia and noted that current developments occur in a context of a history of inter-ethnic conflict; ongoing human rights violations and absence of accountability.

There is also increased politicisation of identity and past grievances; increased inflammatory rhetoric, propaganda campaigns or hate speech; sexual and gender-based violence and creation of, or increased support to, militia or paramilitary groups.

She observed that Ethiopia continues witnessing inter-group tensions and patterns of discrimination against specific groups, including ethnic profiling, incitement to violence and allegations of systematic attacks against specific populations.

“These all constitute risk factors for atrocity crimes. Given their potential impact in triggering large-scale violence, allegations of hate speech by ethnic and religious leaders are particularly concerning.”

She has invited the establishment of a high-level inter-ministerial task force in response to the Joint Investigation and encourages this body to take urgent steps.

“Accountability constitutes an essential prerequisite for prevention and must be prioritized as such.”

The Special Adviser also called on all non-State actors in a position of leverage to do their utmost to contribute to mitigating risks of further deterioration.

“This includes tech and social media companies, to which I am grateful for their efforts to limit the reach of inflammatory statements by political actors,” said the Special Adviser, who also called on religious leaders and actors “to contribute to counter the seeds of division and to bring communities together.”