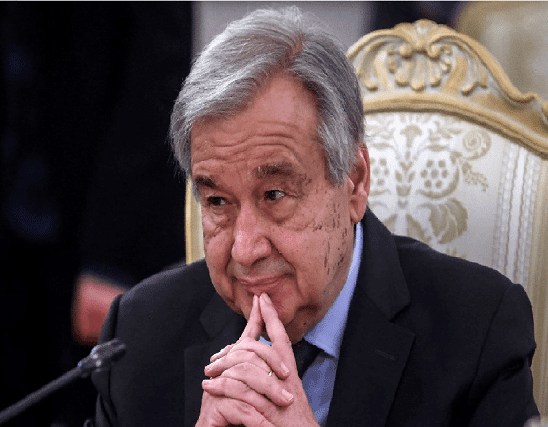 A day after Ethiopia ordered seven UN humanitarian staff to leave the country, UN said on Friday it is the long-standing legal position of the organization not to accept the application of the doctrine of persona non grata, with respect to UN officials.

“This is a doctrine that applies to diplomatic agents accredited by one state to another state,” said Farhan Haq, the spokesman for Secretary-General Antonio Guterres, at a press briefing.

The spokesman also said Guterres received a call on Friday from the Prime Minister of Ethiopia Abiy Ahmed, in which he reiterated the “position of the United Nations, which was formerly conveyed today to the permanent mission”.

He said the rule is that when concerns arise with regard to the conduct of UN personnel, the requirement is that such concerns are appropriately conveyed to the organization and then the Secretary-General will make the necessary determinations and take the necessary steps to address the matter.

On Thursday, Ethiopia ordered the UN officials to leave the country within 72 hours.

According to a statement by the Ministry of Foreign Affairs, staffers from different UN organizations have been declared “persona non grata” for “meddling in the internal affairs” of the nation.

The statement did not provide further details but the declaration was made in connection with the agencies’ operations in Ethiopia’s northernmost region of Tigray.

A region of 5.5 million people, Tigray came under intense international spotlight after an armed conflict began between the federal government and forces of the Tigray People’s Liberation Front (TPLF).

The US strongly condemned Ethiopia for expelling the UN officials and urged the international community to take action.

The White House spokeswoman Jen Psaki said the expulsions came amid reports that warn that thousands of people are starving to death in northern Ethiopia.