“Internet is not water, internet is not air. Internet is a very important. However, if we use it as a revolution tool to incite others to kill and burn, it will be shut down not only for a week, but longer than that.

“For sake of national security, internet and social media could be blocked any time necessary.

“As long as it is deemed necessary to save lives and prevent property damages, the internet would be closed permanently, let alone for a week,” these are pronouncements of Ethiopia Prime Minister Abiy Ahmed during an August 1 press conference.

Abiy was for the first time reacting in person to assassination incidents of June 22 during which internet was cut across the East African country. Internet was also recently cut for national exams in the country.

Abiy stressed that if deadly unrest in the country continues with online incitement, internet in the country could be cut off “forever.” He adds that even though Ethiopia wants the internet to help drive development, it is “neither water nor air,” underlining its dispensability.

But his comments have received strong backlash from a large cross-section of Twitter users. Opponents underline the need for government to protect the rights of online users and not find justifications to infringe on digital rights.

Amnesty International’s East Africa region also waded in joining calls for a rethink of the PM’s position. One of Ethiopia’s famed bloggers accused the PM of outsourcing blame.

“(The Prime Minister) blames the neutral communication platform for violence in his administrative territory. To respect liberty of citizens and protect law and order for majority’s safety is your job, Mr. Prime Minister. Don’t outsource the blame,” Befeqadu Hailu tweeted.

“The first people who would be happy, if the social media suddenly disappears, are authoritarian states” ~ Stephen Stedman at #DraperHills19. Authoritarians want to monopolize information flow and want to define fate of their people in stead of serving the latter’s will. https://twitter.com/Rozen_J/status/1157268982514290688 …

“The internet for journalism is now like the air you breathe,” said @befeqe. “Without the internet, modern journalism means nothing.” #KeepItOn https://www.africaportal.org/features/journalists-under-duress-internet-shutdowns-africa-are-stifling-press-freedom/ … https://twitter.com/emmanueligunza/status/1157144823259734016 …

15 people are talking about this

For a person with an IT background what PM Abiy said about Internet is bewildering. It is sad that we have to point out the importance of internet in this day and age but just an FYI in the year 2014 Internet contributed 1 Trillion dollars to GDP & 3 million jobs just in the USA https://twitter.com/AmnestyEARO/status/1157308970920566786 …

.@PMEthiopia Abiy shutting down the internet is not acceptable. The people have the right to #AccessToInformation to know what’s happening around them including thru the Internet. Restrictions must only be according to clear & precise public laws that pursue legitimate objectives

HAPPY Friday… meanwhile-
Internet might not be WATER nor AIR in Ethiopia, but surely is Economic fuel driving communication & commerce in the developed world,-… https://www.africanews.com/2019/08/02/ethiopia-will-cut-internet-as-and-when-it-s-neither-water-nor-air-pm-abiy/ …

Ethiopia will cut internet as and when, ‘it’s neither water nor air’ – PM Abiy

Abiy said Ethiopia wants the internet to help drive development but warned that it is “neither water nor air.”

#Ethiopia‘s @PMEthiopia Abiy would have people believe that it is fine to shut down the Internet saying it “is not bread or air” & if necessary his govt could shut it for good, let alone for a week. But he’s wrong, as the Internet clampdown denies people the right to information.

.@PMEthiopia Abiy shutting down the internet is not acceptable. The people have the right to #AccessToInformation to know what’s happening around them including thru the Internet. Restrictions must only be according to clear & precise public laws that pursue legitimate objectives

31 people are talking about this

The warning of the PM Abiy Ahmed @PMEthiopia to shut down the internet once and for all puts the civil liberties of Ethiopian in the digital world at stake. This is not something tolerable for rational, merit-based and responsible citizens of #Ethiopia.

36 people are talking about this

Quote of the day 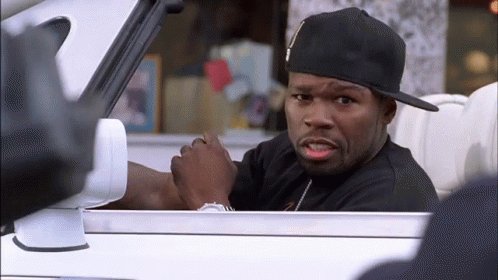 A number of people, however, agreed with the PM’s pronouncements stressing that security was paramount in the national discourse and needed not be compromised in any way.

The prime minister has been praised for reforms that include freeing political prisoners and ending a state of emergency, but internet shutdowns amid the unrest have worried many Ethiopians. One came during national exams.

The country is one of Africa’s fastest-growing economies and has the continent’s second-largest population.