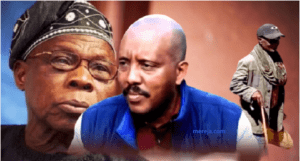 NAIROBI, Nov 12 (Reuters) – Rebellious Tigrayan forces threatened on Friday to “hunt down” foreigners they said were supporting the Ethiopian government as mercenaries and technical experts in a year-long war.

Tigray People’s Liberation Front (TPLF) spokesperson Getatchew Reda said the foreigners could be from Turkey, China, Israel or the United Arab Emirates, without offering evidence or going into any more details.

Government spokesperson Legesse Tulu did not immediately respond to a request for comment. There have been no independently verified reports of the warring sides using mercenaries to date.

Getachew told Reuters via satellite phone: ““We don’t care (what their nationality is). We will hunt them down. They will be treated like the mercenaries they are.”

The war, which has killed thousands and forced more than two million people from their homes, escalated this month after rebellious forces from the northern region of Tigray and their allies made territorial gains and threatened to march on the capital.