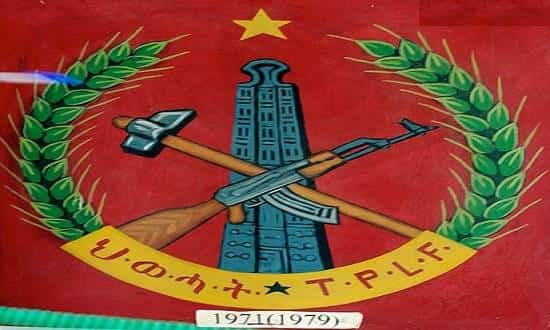 Tigray Liberation Front (TPLF)was in power in Ethiopia for over 27 years until it was over thrown by popular movement that rocked the nation in unprecedented way and brought hope to millions of Ethiopians. The pathological hatred that the group was built on and disseminated to other ethnic groups in country, is the source of misery that the Tigray people and other Ethiopians are facing today. I will examine the problem from historical and psychoanalytical point of view.

In order to understand the root cause of a problem it is important to understand the historical facts. For decades there was active and subtle campaign to demonize the historical basis of Ethiopia as Nation by defaming Emperor Menelik II based on the differences created with Emperor Yohannes during that era. Emperor Menelik II who lead Ethiopians to victory at the battle of Adwa and defeated the invading Italian colonial army, was considered as an expansionist. All Ethiopians fought the battle of Adwa together. The notion that deliberately formulated (the origin is for a divide and rule tactic) was made to spread among some Oromo elites. Menelik II was considered as Amhara expansionist.   Donald N. Levin has outlined the historical facts and the Amhara and Oromo systems clearly in his book “Greater Ethiopia: The evolution of Multiethnic Society”.  TPLF during its 27 years of suppressive rule actively promoted and indoctrinated hate between the two ethnic groups to facilitate dived and rule policy.

During three decades of TPLF era, Tigray and Oromo youth were told that Amhara is their enemy. False narrative and fictions were taught widely with no reservation. The long history of the nation was ignored and the new false reality was created. A vivid example is a monument that was built by TPLF in Arsi region spending millions of dollars to remind the Oromos that followers of Menelik II mutilated breasts of Oromo women. Based on Pure fabrication and fictional story millions of dollars was spent by TPLE to build monument of hate.

Oromo and Amhara youth were torture and thousands killed during TPLF era. Getu Haille  Michael is an Oromo farmer in Bako, a small town, along the Gibe River bordering Wollega, who is 50 years old now, was detained by TPLF accused of being sympathizer of OLF (Oromo Liberation Front) because he had three cell phones under his possession. As an Oromo there is no wonder if he became a sympathizer during that dark age of TPLF rule. He could have got involved in local underground movement. Suzan Rice who was a close friend of Meles Zenawi (prime minister of Ethiopia) went to Ethiopia as an envoy of president Obama following a fake election, smirky laughing said that Meles Zenawi’s party is democratic and got one hundred percent of the vote. That was the time when hundreds and thousands of Oromos and Amhara ethnic groups were persecuted, tortured and killed.  American government Under Obama Administration did not stand against human right violations in Ethiopia, even though it was widespread.

In 2005, Andargachew Tsige, who is a well-respected Ethiopian politician published a book in Amharic entitled loosely translated as “Freedom fighter who does not know freedom”. He joined coalition for unity party (CUD) and helped the party in the ill-fated election of may 2005. In June 2005, Tsige was imprisoned during the crackdown by the Ethiopian government after the election.  He was released and returned to London but on December 22, 2009, an Ethiopian court sentenced him to death, in absentia. On 23 June 2004, he was arrested by Yemeni security forces, in collaboration with Ethiopian intelligence (TPLF) service members, at Yemen’s International Airport while on transit from the United Arab Emirates to Eritrea.  He was detained in unknown location and tortured. This an example of cross boarder terrorism committed by TPLF during its 27 years reign in Ethiopia. Mr. Tsige stood firm to fight for the freedom of his people who lived under tyranny of TPLF. He was released from prison on May 29, 2018, following political reform by Prime Minster Abiy Ahmed.

During the second world war when Italy invaded Ethiopia and on June 30,1936 Emperor Haile Selassie addressed the league of Nations to defend Ethiopia’s legitimate right to exist as a sovereign state. Soon after, Dr Maleku Bayan, the first US trained Ethiopian physician returned to the US as Ethiopia’s representative to coordinate support against the invading Italian army. He campaigned for his nation’s freedom going door to door in Harlem, New York, and created strong network with African American communities and Caribbeans. He established a newspaper named the voices of Ethiopia.  Today Ethiopia is attacked by terrorist organization TPLF and its enablers, the western media. They did not want to blame TPLF that had a deep-rooted agenda to create hostility between different ethnic groups in Ethiopia to maintain power. History tells us the end result of the second world war and in today’s world nations should be on the right side of history.

Egocentrism is the basis for both group or individual violent behavior. The perpetrator believes that he is superior and untouchable. In a recent video conference meeting moderated by Professor Efrem Isaac Ambassador Berhane Gebre kristos claimed that TPLF army was only 9000 in number and defeated an army of 5 nations. This is a manifestation of grandiosity and ethnocentric nationalism.

Dr Aaron T. Beck described in his book entitled “The Prisoners of Hate the Cognitive Basis of Anger, Hostility and Violence” the savagery of the Dark Ages: unimaginable horrors of war and wanton annihilation of ethnic, religious, and political groups in the world as observed by psychoanalysts. The situation in Ethiopia today, is the result of empowerment of TPLF, a terrorist organization from its inception, by the western governments and their media. The free world should know the truth stand for justice. The group (TPLF) is the prisoner of hate.  Recent atrocities in the Amhara and Afar region is beyond imagination and there are a lot of untold stories that will come to light. Ethiopia will prevail.

3 thoughts on “ TPLF is a Prisoner of Hate”