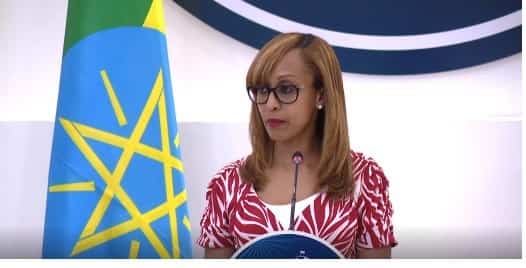 The encroachment of TPLF that is being routed from Amhara and Afar regional states has brought about massive destruction and humanitarian catastrophes, the press secretary told the media today.

According to her, the recent remarkable gains made by the National Defense Force and its Amhara and Afar allied forces are big blows to the terrorist group.

“As we have seen in recent weeks, the National Defense Force, together with forces from Amhara and Afar regions, have made considerable gains in reversing the occupation of TPLF,” she noted.

Billene noted that the gains were made in very heavy battles that have taken place over the past weeks with the eventual full clearing of TPLF from the North Wollo Zone of Amhara Region and liberation of the strategic zonal capital Wolidya.

“After the control of Dessie and Kembolcha by the National Defense Force, assessments have revealed looting and destruction by TPLF, which include heavy damages on health infrastructure in all areas occupied by TPLF. So, it seems quiet targeted and intended to create an environment in which the Amhara and the Afar regions don’t have the capacity to meet the health needs of their communities.”

Similarly, the other sector that fell under attack was education. Educational institutions, particularly Wollo University, has sustained a lot of damage which takes a lot of budgetary support as well as a lot of time to reinstate the teaching capabilities, she pointed out.

The destruction on public documents in financial and legal institutions was another targeted attack by the terrorist TPLF, the press secretary revealed.

She also said “as we have witnessed in the liberated areas, communities that had been displaced due to TPLF violence are slowly starting to return to their localities and multifaceted rehabilitation efforts have been underway.”