Virtually all Ethiopia’s neighbours and partners are against the conflict in Tigray, but can they stop it? 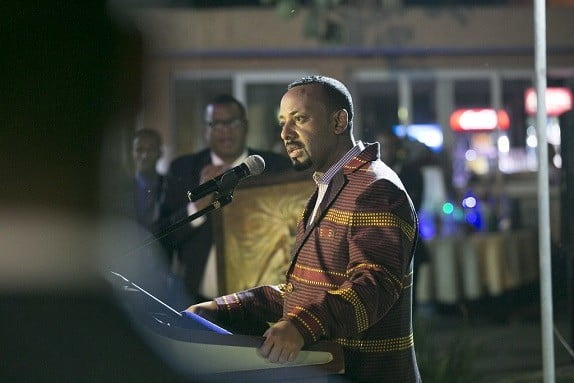 The current crisis in Tigray has not appeared from the clear blue sky. Its roots are deep in Ethiopia’s history and its outcome will dictate the country’s future.

It is unlikely Ethiopia will fall apart. But a period of violence is probable and will continue until there is a further adjustment of government at the centre and a rebalancing of the relationship with the regions. Increased democratisation is one potential solution, but by no means the only outcome.

Throughout its history, Ethiopia has been in a state of flux. Its central authority has waxed and waned and its borders have grown and shrunk as regions on the periphery have had more or less independence. During the 20th century, Ethiopia struggled with the impact of globalisation. It was able to resist Italy’s imperial ambitions and Emperor Haile Selassie benefited from the national unity this challenge created. But his regime, though attuned to the need to maintain a delicate regional and ethnic balance, proved too sclerotic to respond to the new challenges of a rapidly changing world. It fell to the brutal centralisation and Marxist modernisation of the Derg, which sought to maintain its authority through force and terror.

This also failed, and it was in the struggle to overthrow the Derg, which fell in 1987, that the Tigray region became a key player in the country. That armed struggle was led jointly by the Eritrean People’s Liberation Front (EPLF) and Tigrayan People’s Liberation Front (TPLF), the two most effective fighting forces in the country. Eritrea’s reward for victory was independence. The TPLF’s reward was a controlling interest in the post-war government.

Both parties, along with representatives of other regions, were part of the Ethiopian People’s Revolutionary Democratic Front (EPRDF), the wartime coalition against the Derg. The TPLF’s leader Meles Zenawi led the coalition and emerged as the new Prime Minister, giving Tigrayans a tight grip on the new government’s security apparatus. The new constitution was based on ethnic federalism, with each ethnic region given a right to secede, but political control was firmly maintained by the constituent parties of the EPRDF who brooked no rival in their respective regions.

Stability depended on two things. The first was the EPRDF’s successful efforts to modernise the Ethiopian economy, preventing future famines such as the one that led to the downfall of the Derg, and creating new jobs through inward investment and rapid industrialisation. The second was Meles’ ability to maintain a political balance between the different ethnic parties that made up the EPRDF. While external or public criticism of the government was suppressed, vigorous debate took place within it, behind closed doors.

Tentative steps towards greater democracy in the 2005 elections frightened the EPRDF leadership, which realised it might unleash forces they would be unable control. The subsequent clampdown was primarily aimed at preserving the existing regime. Opposition politicians, human rights activists and independent journalists were locked up. And at the subsequent 2015 elections, the EPRDF parties secured 95% of the vote. Meles defended this move in private on the grounds that it was too soon to liberalise; more open political debate would risk destabilising the country which could all too easily fall apart.

But the failure to democratise stored up resentment against the EPRDF. When Meles died in 2012, the appointment as Prime Minister of a non-Tigrayan, Hailemariam Desalegn from the south of the country, failed to restore the party’s credibility. Popular unrest in a number of regions, especially amongst the largest ethnic group in Oromia, broke out in huge and growing protests in 2018. The EPRDF swiftly replaced Hailemariam with Abiy Ahmed, the first Oromo and first person of mixed Muslim and Christian parentage to become Prime Minister.

Though a man from the inside of Ethiopia’s security apparatus, Abiy moved fast to release political prisoners and side-line or remove the existing Tigrayan leaders at the federal level. Targeting the existing elite, including those accused of corruption, was popular and opened opportunities to promote those from other regions. Abiy also replaced the EPRDF, which guaranteed a regional balance, with the Prosperity Party which, while perhaps seeking to break down regional differences, was also more centralised on himself as the leader. Throughout government, Tigrayans found themselves removed from positions of influence. Abiy defended his actions in his public statement of 9 November 2020.

The extent of this purge undermined confidence amongst Tigrayans that their interests would continue to be protected. Their political leadership withdrew to Tigray, in the north of the country, and debated how to respond. When Abiy postponed indefinitely the country-wide elections due in August 2020 amid the COVID-19 pandemic, they asserted their autonomy by going ahead with elections in Tigray alone. They also mobilised military units which still constituted a core (and some would say the most effective) part of Ethiopia’s army.

For Abiy, if Tigray is seen to be able to defy the federal government, so too will other regions. He makes a point of highlighting Tigrayan contacts with other separatist groups. For him, it is therefore imperative to reassert central authority over Tigray, and he has chosen to do so by force rather than co-option or negotiation. When Tigrayans took control of federal military equipment in the region and refused to allow a non-Tigrayan sent by Abiy to take over the Northern Command, this became for him a casus belli.

Tigray is a tough and mountainous region. Though landlocked and containing only 6 million of Ethiopia’s 100 million population, Tigrayans troops will fight ferociously to defend their land. Abiy has the advantage of air power and an ally to the north in Eritrea, but a war in this country is more likely to end up like that in Yemen than that against Biafra.

Tigray is not – at least not yet – fighting for secession. Its leaders do not want Ethiopia to disintegrate, but for Tigray to have a respected place at the centre and sufficient autonomy in their region. Their objective seems to be regime change rather than independence. But they no longer trust Abiy. This is therefore becoming a direct power struggle, not so much for control of the state as over what kind of state Ethiopia should be and the balance between its constituent parts.

At which point two factors will influence the outcome: events elsewhere in Ethiopia; and the role and influence of Ethiopia’s neighbours.

One reason for Abiy’s action is an awareness of his own vulnerability if unrest spreads to other regions. Amongst the wider population, the hopes for change pinned on Abiy when he became PM have been largely disappointed, especially in Oromia. Having dismantled the EPRDF, it is less clear how regional interests can make their concerns known in Addis Ababa or how an internal debate can take place within the ruling party. In concentrating power in his own hands, Abiy has actually weakened the centre. Who are now his allies? Primarily, it seems, the Amhara who benefited most from the TPLF’s withdrawal. This makes the situation in Oromia most critical and unpredictable.

All Ethiopia’s neighbours in the Horn are deeply concerned about the regional instability a war in Ethiopia would cause – except one. Underpinning Abiy’s reconciliation with Eritrea – or more precisely with President Isaias Aferwerki – was a mutual distrust of Tigray. The bloody and apparently pointless border war between Eritrea and Ethiopia in 1998-2000 was prolonged by the intense personal rivalry between Isaias and Meles. Eritrea’s support, tacit or active, for Abiy’s efforts to crush Tigray means the region will be cut off from outside supply if its contacts with Sudan or Djibouti are severed. Hence the Ethiopian Army’s efforts to secure the Sudan border, across which thousands of refugees are fleeing, as well as Tigray’s airports. Djibouti is already deeply worried about the collateral damage it could suffer.

The regional organisation, IGAD, is toothless and has usually relied on Ethiopian leadership. But if supported by the African Union (AU), Abiy would find it hard to ignore his neighbours if they speak with a single voice. Aside from Eritrea, other regional leaders have no wish to take sides and every interest in encouraging a solution by negotiation. The Tigrayan leader, Debretsion Gebremichael, has already appealed for AU mediation, but Abiy is reluctant to let any outsiders in on the quarrel.

Both Saudi Arabia and the UAE could help encourage him. They have supported Abiy up to now, including financially, and Saudi Arabia is aware it could find refugees flooding across the Red Sea if fighting spreads.

The wider international community too has nothing to gain from a civil war. China has big investments, Russia has no bases, and “the West” is desperate for Ethiopia to be a successful example of economic and political progress to help stabilise an unstable region where conflicts simmer in South Sudan and Somalia and where Sudan is going through a delicate transition. But internationally, the UN Security Council still seems hamstrung and action looks unlikely.

The only way out?

At this stage, most likely outcomes look bad. It is in crises like this that a physical meeting, brokered by a neutral party, is often the only way to move forward. It is hard to bang heads together by Zoom. But with leaders reluctant to meet in person, the chances of forestalling these outcomes is slipping away.

It needs South Africa’s President Cyril Ramaphosa, as AU Chair, together with Ethiopia’s neighbours and with support from the US, EU, UK, China and the Gulf countries, to persuade Abiy and the Tigrayans that there is no military solution and to get a negotiation process under way.

Where would these negotiations go? Somewhere that solves the underlying problems: by ensuring all regions feel they have a recognised stake at the centre through the federal system, and that all people feel they have an avenue for their grievances can be addressed through a commitment to real democratisation.

Without at least the start of a discussion on these lines, the Horn will be faced with a new and intractable conflict that risks destabilising them all.