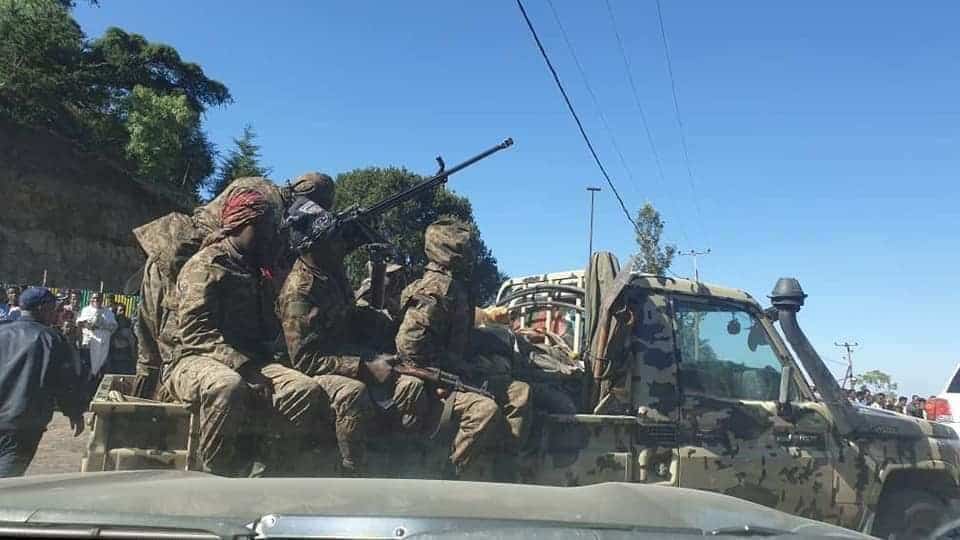 A few days ago TPLF/Debretsion wrote a non sense letter to the South African President. This TPLF letter, CCd to the AU is an appeal for the African Union to intervene into Ethiopia’s last resort efforts to end impunity, which is very late indeed.  Months earlier, the TPLF declared to the entire world that they don’t recognize the Abiy government and all the regional administrations in Ethiopia after Oct. 10 / 2020, because the terms of office of the latter would be allegedly expired on that date. They said there would be no legal and legitimate government in Ethiopia after Oct. 2020 and now they appeal for the EU to meditate them with the same ruling party and government they denied legitimacy earlier. What a paradox!? Writing such a letter of appeal now is not just a matter of having a short memory on the TPLF side. The TPLF old guards do anything as long as this buys them some more time in the political field that is rapidly getting out of their hands.

As one, who knows TPLF well for quite several years, I can’t expect from them any better than and different from this nasty letter. Apart from its illegality and inconsistency, the letter is full of lies and denials! Look at the letter again! It’s really misleading and ugly too! I want us to take this letter seriously. Let’s not miss that this letter is addressed to Africa! So, the government should not undermine and leave this letter unanswered. I know Dr. Abiy sent, a day or two ago, a very meaningful, powerful and straight forward message to the international community. I have seen another context statement released by the Ethiopian Ministry of Foreign Affairs Yesterday. These are quite good but far from enough!

Still, I believe we have to take this and similar other illegal and nonsense letters and statements of TPLF as one more opportunity to better internalize our cause, objectives and strategy in this war in the minds of our African brothers and sisters. The international community will as well benefit from similar reactions. I have no doubt that justice is on our side. As deliberately distorted and presented by the TPLF, the war is not between the “Abiy regime” and the Ethiopian masses. Neither is the war between the people of Tigray and the federal government nor is it a civil war! This is rather a war between TPLF/old guards, who are anti peace and anti unity and the masses of the Ethiopian people. This is not a war entered into just because of a government failure to handle political differences with the TPLF. NOT AT ALL!! This is a war to end TPLF impunity and also protect Ethiopian unity and sovereignty from the most dangerous threat put by the TPLF. Even here, the fact is that TPLF itself called for the war by making a surprise attack and stabbing members of various units of our Northern Command from behind.

While in the field 4 decades ago, TPLF/Tigray People’s Liberation Front had this shameless history of slaughtering its own allies and guests while the later were in deep sleep. This was what happened: TPLF leadership invited for a conference high ranking leaders of the TLF (Tigray Liberation Front), a rebel group itself that went out to the field before the TPLF.  The conference was intended to make the two groups join forces in their fight against the military regime. After having a long day in the conference, the delegates of the TLF were deliberately made to share tents with members of the host group i.e. the TPLF. And they slaughtered their own guests while the latter were in deep sleep. This was how the TPLF got rid of the TLF combatants from the field. Now fast forward, a week ago the TPLF did the same thing on members of the various units of our Northern command. This is the cruelest thing one can ever imagine! This is the truth! But, if left un challenged, the TPLF false propaganda could bring some temporary harm to our image. Therefore, I strongly advise government’s communication office (Press Secretariat), Ministry of Foreign Affairs, its Liaison office to the AU in Addis and Ethiopian Embassies and Diaspora in Africa and the rest of the world to react to this nonsense letters and statements as soon as possible. Communication and PR (propaganda, if you like) should be part of the war we are waging against Woyane traitors and bandits. In this regard, Ethiopians and the Ethiopian government have to do everything possible first and foremost to show to the Ethiopian army that they are by their side in this war against the TPLF. Also, the Public Relations work is extremely important because the international community should not be left alone to be confused and misled by the TPLF false propaganda and fake news. This can be done in several different forms including communiqué, demonstrations, campaigns, articles, statements and comments on main stream and social media, interviews on international media outlets, briefings on bilateral and multilateral forums and side meetings on available international forums, what have you? God bless our effort!