Forty years ago Emperor Haile Selassie of Ethiopia was overthrown. It was a blow for all Rastafarians, who revere him as a god – and for those Rastafarians who had emigrated to Ethiopia, life suddenly got more difficult.

In 1948 Emperor Haile Selassie gave 500 acres (200 hectares) of land at Shashamene, 150 miles (225km) south of Addis Ababa, to black people from the West who had supported him in his struggles with Mussolini’s Italy.

The first settlers to arrive were African-American Jews, but they soon moved on to Liberia or Israel. After them, in 1963, came a dozen Rastafarians, and the numbers swelled after Selassie made an emotional visit to Jamaica three years later.

The Rastafarians’ adoration of Selassie stems from the words of black consciousness leader Marcus Garvey, who said in 1920, “Look to Africa, when a black king shall be crowned, for the day of deliverance is at hand”. When Selassie was crowned emperor, 10 years later, many thought Garvey’s words had come true.

Another belief widely held by Rastafarians is that they will eventually return to Africa – the continent their ancestors left in slave ships long ago. And quite often, according to Erin McLeod – author of Visions of Zion: Ethiopians and Rastafari in the Search for the Promised Land – “back to Africa” is treated as synonymous with “back to Ethiopia”.

Today there are up to 800 Rastafarians at Melka Oda, near Shashamene, as well as a few in the capital, Addis Ababa, and in the city of Bahir Dar. But how has life turned out for them in Ethiopia – and what do Ethiopians make of their Rastafarian neighbours? 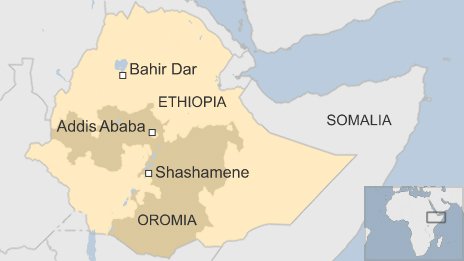 It has not been a love affair.

In 1974, the communist Dergue regime overthrew and imprisoned Selassie – who died the following year – and began purging all vestiges of the imperial dynasty. Land was nationalised, including the land granted to foreigners at Shashamene, and some Rastafarians settlers fled.

Even today, long after the fall of the Dergue, Selassie remains a controversial figure in Ethiopia, and many look askance at the Rastafarians who venerate him.

“There are people who have extreme love for Selassie, the modernising leader who did so much for the country, but others say he was a representative of a colonial empire, was enamoured by the opulence of Europe and did not lead the country in an equitable way,” says McLeod.

There have been other problems too.

One is “ganja” – marijuana – considered a herb of religious significance by Rastafarians, who sometimes refer to it as the “wisdom weed” or “holy herb”. 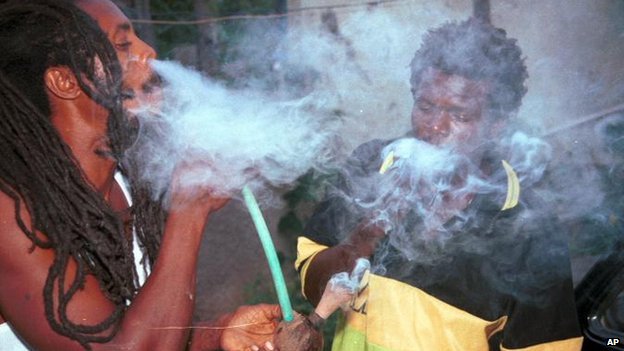 In Ethiopia, by contrast, it is regarded as a dangerous drug, comparable to heroin or cocaine, says McLeod. Ethiopian police sometimes raid the Rastafarian settlement at Shashamene to search for it, she says – even though khat, a stimulant leaf that is widely chewed in the country, is held by some experts to be more harmful.

It is also unfortunate that the land granted by Selassie is located in a region populated by the Oromo people, who say they have been oppressed for years by Ethiopia’s dominant Amhara commnity, to which Selassie belonged.

According to McLeod, Selassie was for the “Amharisation” of Ethiopia.

“On the local level, in Shashamene, the Rastas support the emperor, who, in the eyes of the Oromo people, represents a coercive central power,” agrees Dr Giulia Bonacci, an Italian Rastafarian researcher based in Addis Ababa.

“In a region still marked by a history of alienation from land and economic and social dominance, symbols of imperial power are not appreciated.”

The Rastafarians have, up to a point, integrated with the local Ethiopian population. Some have married Ethiopians, but on the whole these Ethiopian partners have not adopted the Rastafarian faith.

“She don’t fight me about my faith. I don’t fight her. She’s a Protestant,” says Vincent Wisdom, a Rastafarian man with an Ethiopian wife. None of his five children share his faith either. “Two of them are Orthodox and one of them is Protestant; the others are too small,” he says. 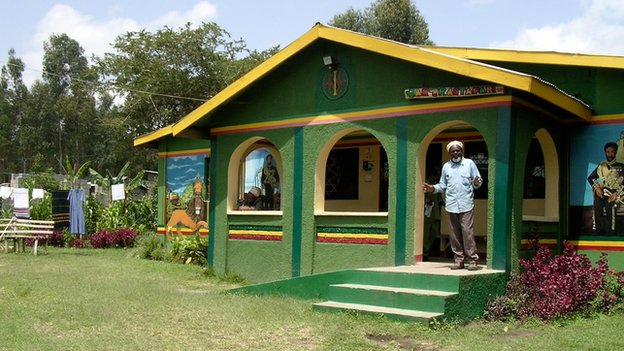 McLeod has met only one Ethiopian, Naod Seifu, who has converted to Rastafarianism.

“I used to have dreadlocks but I have to trim them to work,” he told her. “In Ethiopia having dreadlocks is taken as bad behaviour and inappropriate.” He added that any Ethiopian who believed the king was divine was regarded as “mad”.

The main Rastafarian sects or “mansions”

When McLeod first visited Shashamene in 2003, she was surprised by what she found.

“It was not at all the way it was described to me. It’s not a Rastafarian town. It’s 100,000 Ethiopians and only a few hundred Rastas living on the outskirts,” she says.

Many more Rastafarians come to Ethiopia on holiday, either for a once-in-a-lifetime pilgrimage or for regular sojourns. 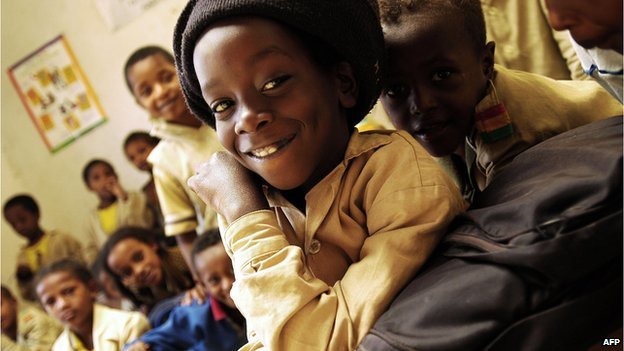 Some Rastafarians have had children with local Ethiopian women

“Some will come once a year or every couple of years and they describe themselves as having ‘one foot in Ethiopia’,” she says.

Even those who live in the country long-term have mostly retained their British, American or Canadian passports to make it easier to travel abroad. But taking dual citizenship – and obtaining a second, Ethiopian passport – has never been possible.

Talks on the issue had been due to take place with former prime minister Meles Zenawi, according to McLeod, but his death in 2012 put paid to the plan.

Most Ethiopians still consider Rastafarians foreigners, or “ferenjoch”, she says.

“We know God is Haile Selassie, Him Mighty God. Now Him save the poor earth right now, and Him save the people,” Bob Marley was quoted as saying in 1978, four years after the emperor was toppled.

“True dat dem overthrow ‘im. In a sense, all a de people around him was really weird. But just how it go…”

In the same year Marley visited Shashamene, While there, says political scientist Horace Campbell, he began to realise “the problems of translating a dream into reality”.

His wife, Rita, has talked nevertheless about the family’s hopes of burying him in Shashamene.