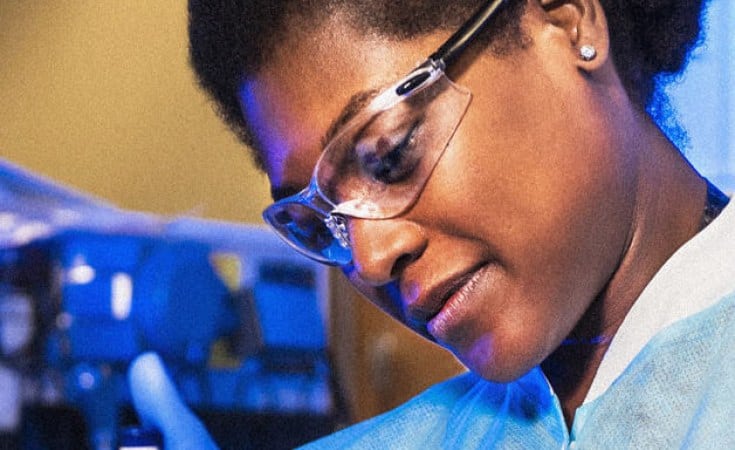 For a long, vaccines have been considered as one of the important human discoveries and reliable ways of preventing deadly diseases; equally true, these discoveries have been surrounded by contentious controversies and conspiracies. The digital era has only intensified the mistrust of vaccines.

After over a year of global public health crises, countries are rushing into getting their population vaccinated with the COVID-19 vaccine with many reported to have store excess vaccine dozes. This does not come as surprise given the intense scale of impact of the pandemic that ravaged the entire world.

The powerful nations have already begun vaccinating their people and huge dozes of the vaccines is being manufactured and distributed as per of nationwide vaccination programs.

The US and Europe as well other countries are among the front burners that toil to vaccine millions of people in the shortest time possible. In fact, the extreme selfishness being witnessed is expected given the lasting socioeconomic impact in the countries. And it was, of course, the well advanced economies that suffer a lot by the pandemic.

The global pandemic is affecting nations without discrimination. The best weapon to win the battle against the virus is global coordination. In fact, the World Health Organization, the highest healthcare body in the world, has lampooned the weak global cooperation.

It lambasted that even the powerful nations that have been acting as the leaders of the world have failed the world in many ways. The stark fact however is the global virus cannot be fought without global efforts. Both the prevention and vaccination efforts can not appear a success without coordinated efforts.

The global problems cannot be fought with nations alone. The weakening of multilateralism and globalism have taken its toll in humanity. The virus was fast enough to spread in the globe but the global effort to curtail its impact was extremely slow the result of which was disastrous and carnage.

Now that countries have discovered authorized vaccines approving through their regulatory bodies, it is feared that it would be late to save lives unless developing countries are provided with the much-needed vaccines. And, experts are accusing of powerful nations for storing excessive dozes of vaccines.

Vividly, developing countries that lack the required finance, technology and expertise have fewer advantages to access the vaccines. There are however calls from experts to provide poor nations with vaccines as health problems somewhere are challenges to everywhere.

In fact, this is not the first time controversies are hanging over vaccines. Vaccines are always surrounded by controversies and conspiracies. Public skepticism and nations’ selfishness and conspiracy theorists have always been among the challenges affecting the vaccination of the world.

Also another conspiracy is that vaccines, according to conspiracy theorists, are meant to achieve certain interests of manufactures or countries of the discoveries. In this regard, vaccine-hesitant attitudes remained a challenge to this very day. This in turns has been posing a great deal of danger on the wellbeing of the people.

Vaccines have also been prone to various conspiracies. Depopulation, genetic and social engineering of generations as well as controlling of birth rates have been some of the conspiracies laid out by theorists. The number of people doubting on the efficacy of vaccines is also mind-boggling.

Generally, there are lots of reasons as to why people have been distrustful of vaccines: Many people throughout history have found it counter-intuitive that exposure to a disease could provide protection, others feel vaccination violate God’s will, and others simply feel that mandatory vaccination policies violated personal liberty.

In some ways, conspiracy theorists have had factual claims though. The myth that vaccines cause autism is just the latest manifestation of the longstanding distrust of vaccination.

One of the most important blows to the perception of the safety of the vaccination program occurred in the United States in 1955, when 200,000 children in the Western U.S. were given polio vaccines that contained alive and active virus.

Roughly 40,000 developed polio, 200 were permanently paralyzed to some degree, and 10 children died. The Cutter Incident, so named because the defective vaccines were produced at the California-based Cutter Laboratories, sowed some of the strongest seeds of perceived modern safety issues with vaccines, which were crystallized in a 1982 documentary called DPT: Vaccine Roulette aired by a Washington, D.C.-based NBC affiliate. DPT was a vaccine for diphtheria, pertussis, and tetanus, and the documentary attempted to link the pertussis portion of the shot to horrifying health effects in children, wrote Kate Wheeling, a staff writer at Pacific Standard in her article published in the outlet.

Kate also argues that just as the media helped create anti-vaccination groups like the NVIC, news organizations can contribute to the politicization of health issues, and influence how people behave. A 2015 paper in ‘The Annals of the American Academy of Political and Social Science’ found that the politicization of the HPV vaccine, spurred by media coverage that gave a voice to politicians on both sides of the debate, reduced public support for the vaccine requirements, state immunization programs at large, and confidence in both doctors and government. Same is true for COVID-19 vaccine. Many have been casting doubt on the credibility of the discovered vaccines. And the social media platforms have only added distrust on the vaccine’s truthfulness with many forwarding their own conspiracies.

The conspiracy theory doesn’t surprise those who study the anti-vaccine phenomenon. The COVID-19 pandemic has also all the triggers rolled into one, said Matthew Hornsey, a social psychologist at the University of Queensland in Australia who studies the processes that influence people to accept or reject scientific messages. “It’s frightening; it’s hard to understand; it is required governments to restrict individual freedoms and it will lead to mass vaccinations. That’s a perfect storm for conspiracy theories,” he said.

The combination of those opposed to vaccination and the murky world of conspiracy theories is a toxic one. “Here, people have a single issue that they have rallied behind; they don’t trust vaccinations. Conspiracy theories are then selectively embraced to justify that feeling,” he said. “That’s why people are prepared to believe ideas that seem right.”

Despite the conspiracy theories, evidence indicates that vaccination has been an effective method to prevent disease. In the United States, local and state authorities began implementing mandatory vaccination policies in the early 1800s; Boston was the first to do so in 1809.

Today, vaccinations are considered to be one of the greatest public-health achievements of the 20th century by the Centers for Disease Control and Prevention, reducing deaths from preventable diseases like polio, smallpox, and measles by nearly 100 percent.

Yet opposition has never been fully eradicated. Kate argues that vaccination is not just a personal choice — getting vaccinated protects the community as well; the more healthy people who are vaccinated against preventable diseases, the less likely it is that those who are too young, sick, or weak to get vaccinated themselves will be exposed to the disease.