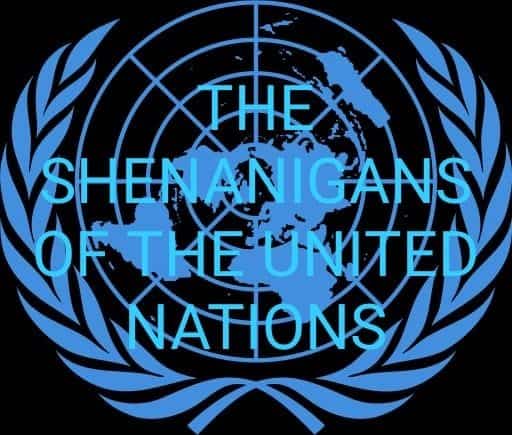 Ethiopia has recently become a permanent agenda of the United Nations.  It seems the US and its western allies are working tirelessly to bring Ethiopia to its knees in favor of a once Marxist-Leninist League of Tigray, TPLF which turned a terrorist.  Ironical, isn’t it? In less than one year, the UN Security Council has met nine times to discuss Ethiopia. There are clearly some political shenanigans going on here. No matter when the USA attempted to get a mandate to attack Ethiopia, it failed. As its maneuver of the UNSC to get a green light to implement its misguided policy against Ethiopia failed to succeed the US had to resort to its unilateral sanctions.

The travel sanctions laid against some Eritrean and Ethiopian government officials by the Biden administration was a case in point here. The president of the Oromia Regional State correctly but contemptuously said the sanction as it stands does not expand to restricting him from traveling from one administrative state to the other in Ethiopia. Failing to threaten the targeted officials, the US had to come up with another scheme. This time it was designed to freeze the assets of Ethiopian and Eritrean officials in the United States. Alas! This one also failed to bear fruit, since no one except the TPLF terrorists had money in the US banks. The US then went on to declare economic sanctions wanting to put Ethiopia in a straitjacket. That did not work either. Following that, within a week the US took Ethiopia twice to the Security Council. It failed just like the previous seven futile attempts. Hell-bent on weakening Ethiopia, the US officials are now trying to cripple Ethiopian Airlines based on CNN’s unfounded allegations. CNN has recently claimed that Ethiopia’s flagship carrier had transported troops and military equipment to Eritrea. Ridiculous! Ethiopian Airlines categorically denied this allegation because the receipts for transporting arms and troops presented by CNN as evidence only indicated the cargo flight had carried medicines and food items. The Sudanese CNN journalist obtained strange pictures that were unknown to the Ethiopian Airlines. That is another story for another time.

On Tuesday 06 October 2021, following accusations of the US, UK, and Ireland, the United Nations Secretary-General rained his barrage of attacks on the Ethiopian Government for expelling United Nations “aid workers”. The expelled individuals were flirting with the Tigray Peoples’ Liberation Front, otherwise known as the Marxist Leninist League of Tigray. The Secretary-General said the expulsion of his staff was illegal but failed to cite breached provisions.

Jeff Pearce who has well researched into these dubious activities of the UN in Ethiopia, wrote:

“The inescapable impression we’re all left with is that the UN has not only been lying to all of us, but even lying to itself. Ethiopia restricted itself to kicking out only seven senior officials. It may need to reconsider expanding the list of those who need to be shown the door.”

Are the US and its allies planning to draft a new law for the United Nations tailored to their needs to attack Ethiopia? There is nothing in the UN charter that prohibits any sovereign country from getting rid of a foreign national that endangers the security of the country, whether that individual works for the UN or not. There is no international law that would allow the security of a nation to be compromised.

Ethiopia did not pose any threat to the safety of UN workers. Ethiopia politely and according to the law, asked those UN employees to leave its territory for working and promoting the agenda of the terrorist group that publicly vowed to dismantle the country. We have to cite the New York Times, 12 July 2021, where Getachew Reda said: “If we have to go to hell and back, we’ll do it, to destroy Ethiopia”. He has also vowed to take the war into Eritrea. What did the UN say about that? Nothing.

The Director of Tigray Media House, a US-based mouthpiece of the TPLF, Stalin Gebreressilassie said: “I am so blessed to see with my own eyes Ethiopia getting destroyed by the TPLF”. In fairness, the UN was expected to protect and stand by the founding member country that is threatened by a terrorist group armed to the teeth. The UN is failing Ethiopia for the second time, repeating its predecessor, the League of Nations. That led to the World War II. Click on the following link and listen to understand how.

The seven dismissed UN workers were aiding the rebels by delivering communication equipment. For example, a UN World Food Programme worker, Mr. Thomas Brian Thompson, was pictured with Getatchew Reda, the TPLF spokesperson, with the satellite phone he provided him with.  He was expelled from Ethiopia, and this was officially communicated to the UN. Once his clandestine activities were unveiled, he has started to openly participate in rallies with the TPLF activists abroad wearing their flag. Isn’t that better!

Some of those expelled were training the rebels on how to operate sophisticated military communication equipment. Some UN workers in Tigray were not even reporting to the office in Addis Ababa but bypassing and reporting directly to someone unknown to them in New York. We have heard amazing accounts of leaked staff conversations how this mafiosi group was inflating fake numbers of the starving people in Tigray to elevate to Level 4 awareness to advance political interests. One of those expelled UN staff was heard promising the TPLF rebels that he would soon picture Tigray as another Darfur. All these had been communicated to the UN Head Quarters, but the Secretary General surprisingly denied seeing any written complaint. Clever! With all due respect, shouldn’t he have asked his personal assistants or secretaries?

AFP has revealed on 21 October 2021 that Ms Maureen Achieng (pictured below), UN Ethiopia’s chief has been forced on administrative leave, citing “unauthorised interviews” in which she complained of being side-lined by UN higher-ups she claimed were sympathetic to Tigrayan rebels. Staff say: “Your job is safe only if you bash Ethiopian government.” 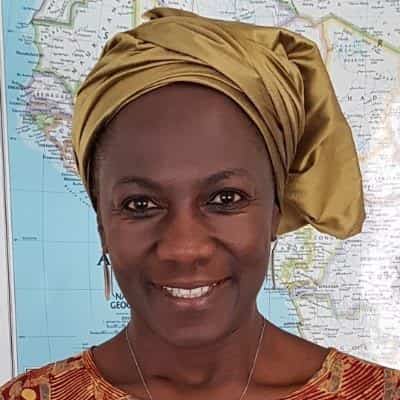 The government of Ethiopia is accused by the UN Secretary-General of blocking aid to Tigray. That is strange. Ethiopia is making every effort to let the flow of aid to reach Tigray. Of course, the Government has to establish security checkpoints to avoid repeating the mistake of the 1980s, where, in the name of aid, weapons were flowing into Tigray, and which resulted in subjecting Ethiopia to 27 years of suffering under the TPLF leadership.

The delivery of aid was not hindered by the Government of Ethiopia, but by the TPLF itself. Even inside Tigray, it is becoming increasingly difficult although the UN is not saying anything about it. To take the world for a ride, the TPLF invaded Afar and Amhara and made delivery of food and medicine difficult. What did the UN say about that? Nothing. To remove the difficulty, Ethiopia allowed airlift of food aid and medicine, but the planes needed to come through Addis for a security check. Rather than blaming the TPLF that is right now fighting outside Tigray, in Amhara and Afar regions, the UN that is influenced by the US and its allies is putting the blame on Ethiopia, the victim and not the perpetrators. Why don’t they simply demand Ethiopia to surrender to the terrorists? That is what they are indirectly saying. If they stood for justice, why wouldn’t the UNSC, at all, raise about the 430 trucks that failed to come back after delivering food aid to Tigray? Were the trucks deliberately left to the rebels as a form of war logistics? How about the use of child soldiers by the TPLF? Those criminals are not only allowed to break international law but also supported to do so. Isn’t that double standard?

All these unnecessary summons, threats and intimidation incurred on Ethiopia are not going to be helpful. As a result of these actions valuable opportunities to work with over one hundred and ten million Ethiopian people are being squandered by the very organization that is supposed to protect them in favor of a handful of terrorists.

It is impossible to understand why Ethiopia became part of UN’s and the western nations’ “enemies list”.

When will these political shenanigans stop? Or are they going to be allowed to trigger another world war?