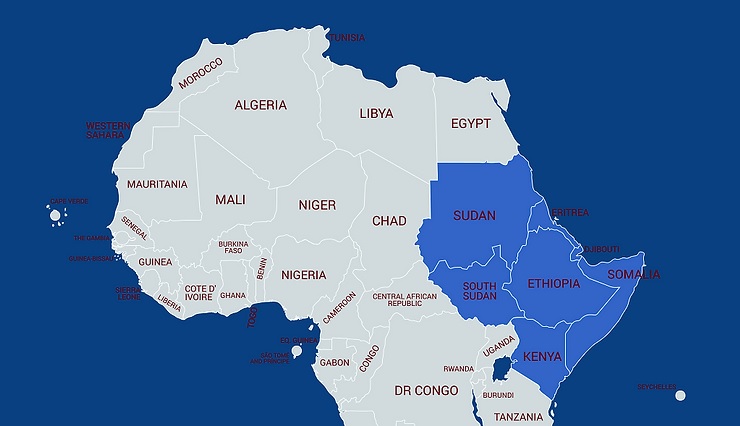 Leading economists of the world always promoted and spoke of regional economic integration as a phenomenon that helps regional economies grow and develop. They say that regional integration helps countries overcome obstacles to the movement of goods, services, labor and capital, and even ideas, among several neighboring countries. A regional integration is a stimulant to economic growth and may cut costs and hence prices and provide larger markets for products produced in one country in the other members of a group.

Regional integration assists members of a group to negotiate together with other countries or groups of countries such that price offers, customs protocols and other services or even capital transfers and people do not become impediments to the region’s economic growth. Generally, a regional integration requires that members cooperate in trade, investments, customs, transport facilitation and logistics, information and telecommunications infrastructures, energy and many other processes including but not limited to financial policies.

While countries may have different priorities, working together brings forth a platform that addresses the needs of all the member states, which generally share a number of things such as neighborliness, historical, populations and heritage and others. The nation-state as we know is only a recent phenomenon and people who used to travel and live together for centuries were kept in enclosures just like animals kept in barns. Such enclosures have been named countries and given identities for control purposes, with flags and national anthems, somehow to keep them proud of something, but really keeping people apart.

The Horn of Africa States is now broken down into four national states, all created over the past century and a half, but before then, people traded together, travelled together and no one stopped another on where one wanted to live. As is natural, there were always skirmishes and/or tense competitions at times, but the region remained cohesive and the people of the region which have the same historical/ethnic heritage were always receptive of each other. Geographically, it is one region which has its highlands and lowlands, its plains and its seas, rivers and lakes and it always shared products and/or traded with each other. They provided services to each other at the private levels for there were teachers and doctors travelling in the region or may be receiving customers from any part of the region.

One of the major side benefits of a regional integration is the installation or promotion of peace and stability and hence security that would not only be beneficial for development but also for protecting the region from those who may covet its resources from beyond the region. Note the region enjoys a geostrategic location and many countries of the world and in particular the major powers and even those of lesser status covet it. Since the opening of the Suez Canal in 1869, the region has attracted many far away powers to the region, simply because its seas and coasts provide a short connection between Europe, Asia, and East Africa. It is reported that it generally carries a large part of global trade including oil and gas, which are extremely important for world energy in these present times.

It is no wonder we have the United States of America, Great Britain, France, China, Germany, Spain, Japan, Turkey, Italy and lesser powers like the Gulf-Cooperation Council countries of the United Arab Emirates, Qatar and others involve themselves in the affairs of the region. One should not forget Egypt from this complex matrix, for Egypt depends on the region for two of its major life-giving assets, the Nile River and the Suez Canal. The Blue Nile tributary which contributes the largest water volume to the river that goes to Egypt originates in the Horn of Africa States region and, of course, the Suez Canal, which provides most income to Egypt after tourism, and is what made the region important for the world in the first place.

All these foreign players have impacted on governance and politics and security of the region over the past century and especially the last four decades, which have turned the region into a decadent failed region, where civil strives, failed governance, lack of local management of natural disasters and other ills have played havoc on the region, allowing mercenary armies in the form of nongovernmental organizations operating freely without controls in the region. No one knows what they do, but they could be involved in money laundering, weapons sales, trade in people and human parts, and other malicious activities in the region. The region suffers most from religious and other terrorism, which has made governance not an easy task in this region.

It is why the region needs to integrate so that the four states can cooperate in defending both its natural resources and people. Even game in the wild savannahs of Africa seek protection from their large numbers, when predators are around. There is no reason why the leaders of the region cannot realize that the safety of their countries lies in being together and negotiating together with others. Being alone and individualistic has not helped other nations and one can take note from the Europeans, who have united themselves in the form of the European Union, giving them strength and versatility. The United States is not different for it consists of over fifty states, each one of them can be a strong nation on its own, but they keep together to benefit from the size of the union. The East Africa Community is under formation and is about to become the largest country in the African continent with an area of some 5.2 million sq. km. and a population of nearly three hundred million people. Why shouldn’t the Horn of Africa States unite and integrate into a region that works together like those mentioned afore and others?

It is perhaps time the region’s academicians and its political leaders (both ruling and opposition), and community leaders stopped playing on being victims of circumstances. The region is under attack on many fronts and perhaps they could start working and collaborating together to face the many common enemies they have. The enemy is not the people of the region but the foreigner who has malicious intent or at least does not want their interests disrupted by actions or inactions of the region’s leaders at any time. They must take cue from other regions who urge their members not to break ranks even though group actions may not be in their individual interests.