This is part II of the writings I made on the Horn of Africa States in November 2004.   I believe there is need to republish them, as the current situation of the region, necessitates a revisit of the prevailing thought processes and replace them with new ones. 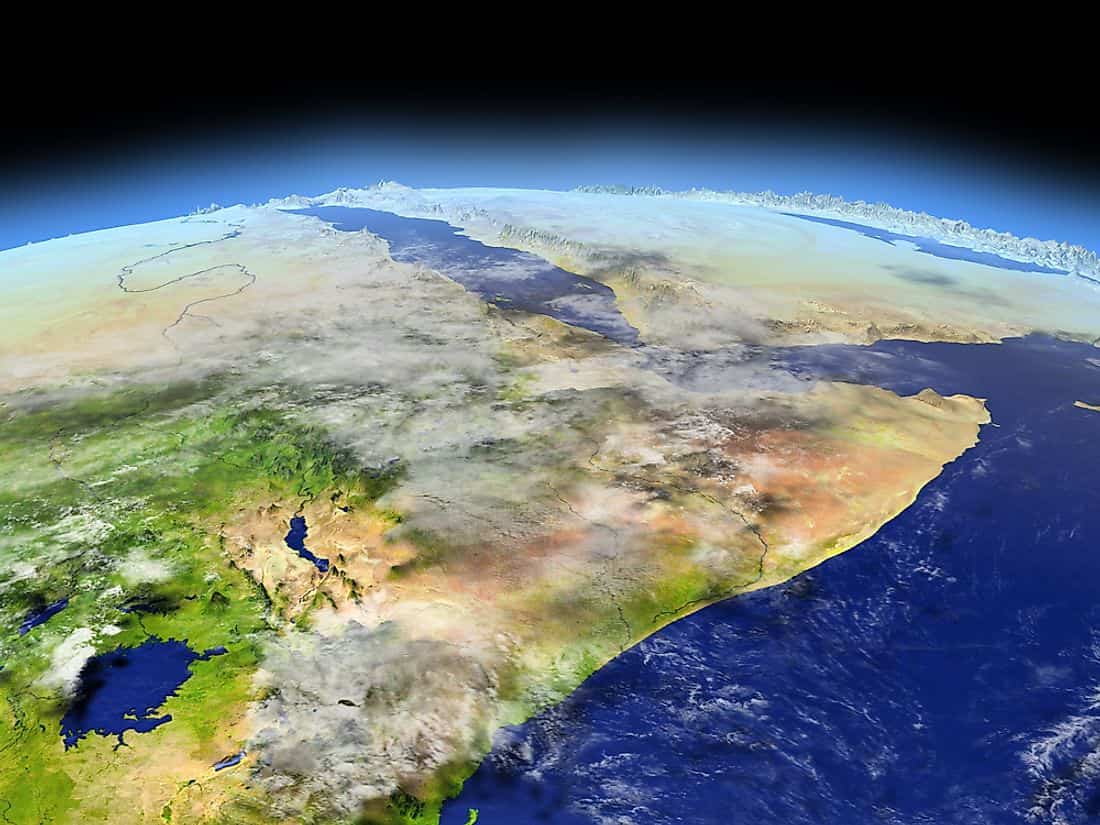 Mao Ze Dong, the former Leader of the Peoples Republic of China, once narrated a story and it read as follows:

“Once upon a time, there was an old man, who lived in North China. His house was located between two high ranges of mountains, such that no direct sunlight ever reached his house. It was always covered by the shadows cast by one or the other of the mountain ranges, for one was on the East and the other was on the West of his house. One day he decided that this cannot go on and this must change. He called his sons and told them that they must dig and remove these mountains out of the way, so that their house can receive some sunglight.

One of the neighbors of the old man heard of the plan and said that he always knew that he was a foolish old man, but that he never realized that the old man’s foolishness, had no limits as to think of removing mountains. The old man told the neigbor that it was true that removing the mountains by digging, was not an easy task, but not foolish. He said he knew that he may die, before the task was completed, but that his sons will continue digging and after their deaths, their sons would continue digging. He said the mountains would never increase in size, during this period, but that certainly, the digging will reduce their sizes, until one day, sunlight enters his house. He noted it may take generations, but they were prepared to do that”.

What we learn from this story is that perseverance can pay off and that no tasks are impossible, if there is a will, and indeed, where there is a will, there is always a way. We also learn from the story that the power to solve a problem or problems is always greater than the problem or problems themselves, and that while problems are invariably limited, their solutions are unlimited. The story further illustrates that a major feat always requires not only long-term planning, but also the will and determination to carry out the planning into effect.

For a people who have the strength and fortitude to carry out their projects from generation to generation, working consistently and steadfastly, there is no mountain or river or any other obstacle that they will not be able to conquer or overcome over time.

I am pretty sure that that the proposal would have shaken some of those who came across it to their roots and others may be thinking what a foolish proposal this may be, just as the neighbor of the old man, thought of the old man’s plan to remove mountains out of the way to receive sunlight at his home, foolish. That was, indeed, expected for it is a natural reaction of people, when confronted with ideas they have never considered or thought of them as impossible.

The Horn of Africa States (“HAS”) is a workable solution that would benefit the peoples of the Horn of Africa and turn them from warring clans and tribes into thriving communities that together contribute to the development of the region, in peace and prosperity. This would also assist the rest of the world by getting out of poverty and begging and hence not presenting themselves as a continuing burden, as they have been in recent decades through a mixture of man-made famines and draughts, climate changes and cruel dictators who reigned through their miseries.

Some people have asked how this is is going to work between antagonistic groups like the Habesha and the Somali, who over the past century alone were competing over the control of the destiny of the peoples of the Horn of Africa. Deep down, however, we must realize that this should not be feared, for at the end of the day, all the peoples of the region, including the Somali and the Habesha, are interested in living in peace, without the sword of a dictator or the destruction of wars and/or the vagaries of natural disasters, hanging over their heads.

The proposed structure removes away all the previous prejudices and indoctorinated values that were obstacles to living together in the confined space of the Horn of Africa. We must note that we did not choose each other as neighbors. We were placed in this beautiful region by a force beyond ourselves – God. If we do not live together in peace and tranquility, then we must be disobeying His designs and intentions for the region.

But confined space! Is it really confined? I do not believe so, for even with its current estimated population of over 200 million, the region can accommodate many more, but only if it directed its resources towards productive and valuable activities and not in the weaponry and killing activities, civil strives and wars, within countries and from a neighboring country to another. We know we cannot attain perfection, for if perfection there was, we would be in paradise. But we must at least, overlook and forget and do away with all the problems we inherited from our forefathers and solve our problems our way.

One of the friends with whom I discussed the matter, asked what kind of structure would be suitable for “HAS” and I told him that I did not know, because that is the truth. I always say it must a partnership much like the European Union, but this must be worked out through discussions and negotiations among the peoples and governments of the region.

I believe the most important first task is to convince the populations and governments of the region to accept the notion, for accepting the notion itself, would be a great feat. It would take time. We must not forget that we are dealing with ages-old problems compounded by frontiers marked by Europeans that had nothing to do with the realities and lives of the people of the region, and then the subsequent wars and civil wars between and within each of the major countries of the region. These are deep major issues that need deep thinking and certainly wisdom to handle.

Africa in the 21st century, barring unforseen matters, is headed towards a more complete union, than is the case at present. This would, in the early stages, continue through consolidation of regions before the continent arrives at the desired union. Currently, in the Northeast Africa region, we have the Inter-Governmental Agency for Development (“IGAD”), based in Djibouti, which in addition to the 5 expected countries of HAS, include Uganda, South Sudan, and Sudan. We believe that Uganda belongs more to the Great Lakes region while the two Sudans, belong more to the Egyptian Pan Sudan conglomeration rather than to HAS. Others may argue otherwise, but this is for further discussion and if it is in their interest to join HAS and they are accepted, so be it or why not. Like Europe, the Horn of Africa States, may need to expand in the future, if they do well and can therefore accommodate additional members, who fulfill certain calibrated conditions and requirements, just as the European Union does.

When two hands join, they are always stronger than one hand and in unison, people can achieve much more than acting alone or individually. Corporates and countries are no different and that is why we see mergers of companies and huge multi-nationals because of the economies of scale, which are invariably stronger than a corporate in the market alone.

Countries also operate on the same model for the more they join hands in their economic activities, reducing tarriffs and other economic barriers from among themselves and so on, the more they stimulate their individual economies and the greater whole benefits.

The Horn of Africa States – A Proposition

1 thought on “The Horn of Africa States Proposition (Part II)”