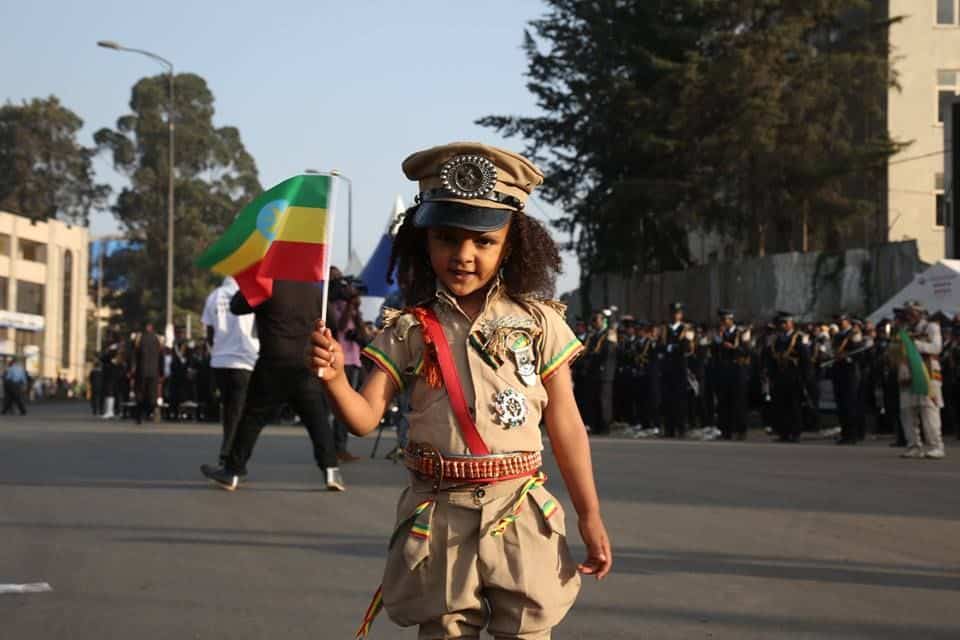 Ethiopia’s government has launched a crackdown against a powerful and increasingly autonomous regional security force, in a bold, and potentially risky move to extend central control over a fractious nation …These new measures by Ethiopia’s prime minster are designed to clip the wings of an increasingly strident nationalist movement in Amhara …” (BBC, “Ethiopia unrest: Sudden arrest of 4,000 spells fear in Amhara”, May 27, 2022).

There you have it.  The BBC’s Amharaphobia can’t get any clearer than this.  According to the BBC, Abiy Ahmed’s vicious campaign against the Amhara people is “to extend central control over a fractious nation” and, therefore, is a noble campaign which should be supported in any way possible, whereas a similar campaign against Tigrayans is an “ethnic cleansing” campaign which should be condemned in the strongest terms possible.

According to the same BBC, the mass arrest of Amhara civilians, politicians, journalists, and key militia leaders all over Ethiopia is “to clip the wings of an increasingly strident nationalist movement” and, therefore, is justifiable mass arrest, whereas the arrest of Tigrayans in Addis Ababa is an “ethnically targeted arbitrary mass arrest” which should be condemned by the UN.  The UN obliged and issued its strongest condemnation on November 16, 2021.

According to the same BBC, Fano is “a collection of armed youth groups accused by human rights organizations of atrocities during the unresolved civil war in Tigray”, whereas the TPLF is a force “Tigrayans from all sections of society joined to protect their dignity”.

The question is why is the BBC so brazenly – so obviously and so shamelessly – Amharaphobic?  The answer lies in the anti-colonialist, black nationalist, Africa centered Amhara nationalism western neocolonialists love to hate, for obvious reasons.

Amhara nationalism is another name for Ethiopian nationalism, solely because the Amharas are by far its largest, if not its most ardent, adherents.  The Amharas religiously adhere to Ethiopian nationalism so much so that, in their attempt to belittle the anti-colonialist, black nationalist Ethiopia the Amharas are passionate about, Tigre and Oromo tribalists as well as their western backers often refer to Ethiopia as “Amhara Ethiopia”.  For instance, the rallying cry of Oromo tribalists is “Ethiopia out of Oromia”.

Also read:  The Horn of Africa States and Its Financial Infrastructur

And yet, nobody (not even the most fanatics of these tribalists) could deny that most of the leaders as well as the high government and military officials of this so called “Amhara Ethiopia” were partially, if not totally, non-Amhara, and that Amharas are, at least economically, the least beneficiaries of this “Amhara Ethiopia”.  If anything, these tribalists often contradict themselves, one day claiming that anything and everything Ethiopian is theirs and theirs only, and the next day declaring that they are not Ethiopians and have nothing to do with Ethiopia.

As an avowed Oromo tribalist, Abiy Ahmed launched a crackdown against Amhara forces, not “to extend central control over a fractious nation” as the BBC claims but to realize his wild dream of building an Oromo empire over the grave of dismantled Ethiopia by defeating the only force that could frustrate his dream.  However, the only way he can defeat this fervently Ethiopianist force is by colluding with his western backers under the pretext of ethnic cleansing.  Therein lies the reason for the vilification of Amhara forces by the BBC and its likes.

Also read:  Post-TPLF or Phase One?

The Ethiopian nationalism proudly espoused by Amharas and scintillatingly epitomized by Emperor Menelik insured the very survival of Ethiopia by marshalling all of the country around it, enabled the country to crushingly defeat European colonialists at Adwa, paved the way for decolonization of the entire continent of Africa, initiated Pan-Africanism, and laid the very foundation of black pride and black nationalism for blacks all over the world.  No wonder why western mainstream media, especially those of the UK like The Guardian, The Times, The Economist, and The BBC have been and will always be anti-Amhara.  The Amhara people should always treat them as well as anybody and anything affiliated with them accordingly.