This Date in Black History: Ethiopia 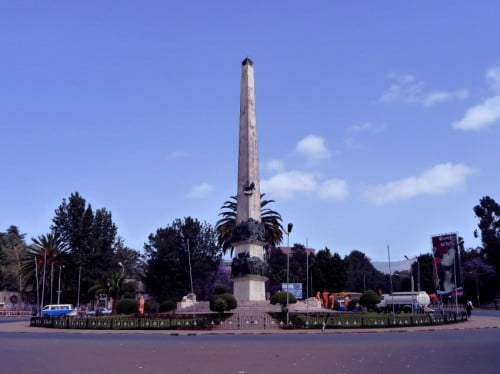 On February 19, 1937 and over the next three days, more than 30,000 residents of Addis Ababa alone were massacred in the most brutal manner in recorded history. Fascist Italy used the Chamisa Negra, Black Shirts, to burn entire families inside their homes, run them over with military trucks and execute unarmed civilians with axes, spades and machetes. Instead of breaking their spirit, this carnage had the opposite effect, driving the youth in droves to join the resistance in the mountains and valleys of the defiant nation.

A nation that professes to be follower of Christianity, Italy shocked the world by executing more than three thousand priests of the Ethiopian Church. The Roman Papacy, who had sent the Fascist army to Ethiopia with a farewell blessing, never officially apologized for this Italian atrocity.

The irony of history was that, Abdisa Aga, Ethiopian patriot and leader of the resistance on Italian soil had the honor of being one of the first to enter Rome, waving the Ethiopian flag, in advance of the victorious allied army.  Abdisa Aga was one of the many youth arrested on February 19 and exiled to an Italian prison. Abdisa was fortunate as the majority of the youth that were picked up by the Black Shirts were brutally executed there and then. Abdisa led a daring escape from the Italian prison and, together with the future Marshal Tito of Yugoslavia, led a stellar resistance on Italy’s very soil.

In connection with February 19, 1937, the following names require special mention:

Simeon Adefris, Ethiopian of Hararghe birth. Participated in organizing and executing the plan to assassinate Graziani.

Letyibelu Gebre, Ethiopian of Shewan birth. Participated in organizing and executing the plan to assassinate Graziani.

(The names of these youth remain in the Ethiopian Hall of Fame for Patriotic Youth along with the likes of Zerai Deres, Jagama Kello, Belay Zelleke, Abebe Aregai, Geresu Duki, Bekele Weya, Hailemariam Mammo, Mulat Abeje, Mesfin Sileshi, Kebede Bizunesh and many more.)

*There are two main versions to the story of the Addis Ababa Massacre of February 19, 1937. One version claims that the three-day massacre was triggered by the failed attempt on Graziani’s life. The second version claims that the Eritrean youth who were working inside the Italian force knew of the Italian plan to terrorize Addis Ababa into submission and were staging a pre-emptive strike. The fact that the Italians were able to round up all the educated youth and all those with military training in a matter of hours speaks to the presence of a pre-meditated plan.