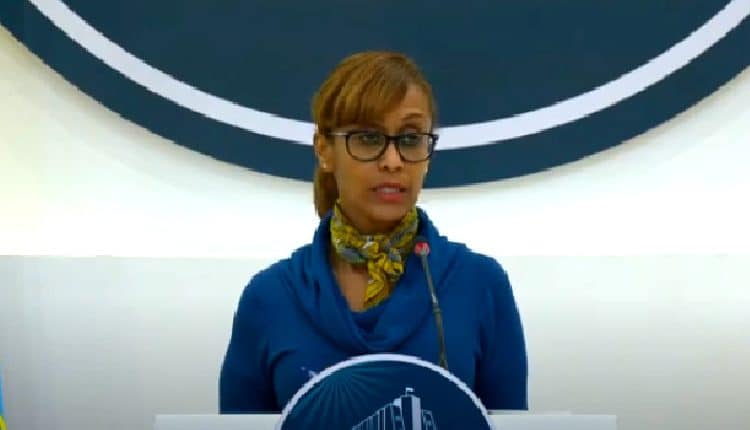 The Ninth International Policy Conference on the African Child was held in Addis Ababa today.

Women and Social Affairs Minister, Ergogie Tesfaye said in her opening remark that the government is striving to alleviate pitfalls of the national threat to bring about the socio-economic transformation of the country by implementing the country’s Homegrown Economic Reform Programme.

According to her, the policy blueprint which seeks to unlock the country’s development potential is designed to make Ethiopia an African icon of prosperity by the year 2030.

However, she added that “all these efforts, aspirations and ambitious plans of the home grown economic reform are now being challenged due to the actions of the terrorist TPLF group which has waged a full-scale war against neighboring regional states and is committing atrocious massacres, getting many displaced, recruiting child soldiers, blocking humanitarian aid routes and disseminating false propaganda to local and international community. “

Accordingly, millions of civilians have been displaced from the Amhara, Afar, Oromia, and Benishangul-Gumuz regional states and allegations of human rights abuses have been committed by security forces of the TPLF and Shene terrorist groups, the minister stated.

“These criminal groups have killed and terrorized civilians, looted their properties, destroyed schools, hospitals and health care centers. Many IDPs have lost their homes, assets and means of livelihood, and require immediate support for basic survival and to start rebuilding their lives.”

According to the various assessment reports, there is mounting evidence that insecurity and fear has led to adverse mental health and psychosocial (MHPSS) wellbeing outcomes for all vulnerable populations, Ergogie noted.

There is an increased exposure of the already vulnerable populations, particularly children, women, IDPs, refugees, migrants, safety net clients, the elderly and the disabled to protection risks, including exploitation, abuse, neglect, harmful practices and violence as well as gender-based violence.

In the absence of access to essential services, these groups are likely to resort to negative coping mechanisms that would further endanger their wellbeing, she stressed.

The psychosocial well-being of service providers who can provide a caring and supportive environment for these vulnerable groups (such as teachers and the social service workforce) have also been affected.

African Child Policy Forum (ACPF) Board of Trustees Chair,Graca Machel on her part urged African governments to step up their financial investments and economic policies to prevent and respond to the effects of climate change on African children.