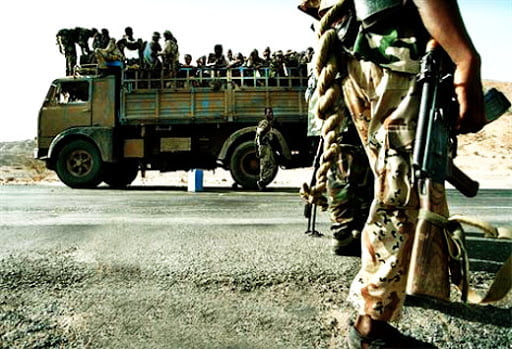 Soldiers abandoning the TPLF regime who recently arrived in Asmara said that directives have been given to the TPLF regime’s army to prepare for war.The defecting soldiers are Tesfai Gerezghier, Teages Esayas Mamo, and Mamush Teklewold Tufa.

The soldiers also explained that the sufferings and oppression committed by the Woyanne regime against the army is gaining momentum and that those fleeing to their respective villages in opposition of the TPLF’s racist and war-mongering policies are being rounded up.