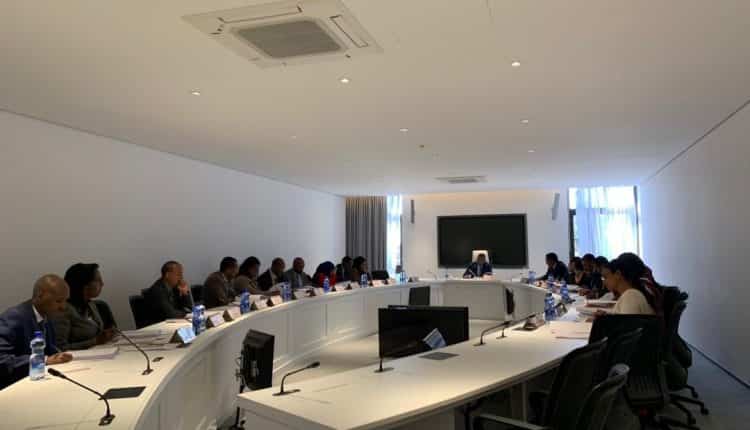 Introduced in November 2021, the bipartisan legislation builds upon the Biden administration’s Executive Order creating a framework for sanctions in Ethiopia by bolstering the United States’ diplomatic, development, and legal response to support democracy, human rights, peace, and stability in Ethiopia. In addition to suspending American security assistance to the Government of Ethiopia and authorizing American support for conflict resolution and civil society peacebuilding efforts, the bill also mandates the imposition of targeted sanctions against individual actors linked to undermining attempts to resolve the civil conflict in Ethiopia, who profit from it, or who materially and directly contribute to the escalation of the civil war.

“I am immensely proud that the Senate Foreign Relations Committee has overwhelmingly supported this crucial bipartisan legislation to promote peace, democracy, and unity in Ethiopia,” Chairman Menendez said. “Today, we not only shine a light on the extra-judicial killings, mass sexual and gender-based violence, forced displacement, and civilian humanitarian aid blockades as being used as weapons of this war, but we also take a big step to end these atrocities by setting up a policy framework that calls for a determination by the Secretary of State related to war crimes, crimes against humanity and genocide, a critical element in holding perpetrators accountable. With the ongoing diplomatic work and dynamic situation on the ground in Ethiopia, I’m proud to see the U.S. Senate act to provide maximum leverage to our diplomats to hold the parties’ feet to the fire on engaging in good faith negotiations leading to a sustainable peace.”

“The conflict in Ethiopia has shifted since we first introduced this important bill, but the core issues remain the same. This bill provides the tools to hold all parties to this conflict accountable for the many atrocities committed and a deadly humanitarian crisis. This legislation also focuses on the role of disinformation and foreign actors in this war, which have increased its lethality and persistence,” said Ranking Member Risch. “The unilateral humanitarian ceasefire announced by the government of Ethiopia late last week is a welcome signal. However, humanitarian access remains at a stalemate, not all parties to the conflict have signed on to the ceasefire or agreed to come to the negotiating table, and the road to national reconciliation for Ethiopia is long. This legislation sends a strong message that Congress is still serious about accountability and resolving the conflict.”

“After I traveled to Ethiopia on behalf of President Biden to meet with Prime Minister Abiy last spring, I introduced bipartisan legislation that would bolster the U.S. diplomatic and humanitarian response to the conflict in northern Ethiopia,” Senator Coons said. “While I’ve been encouraged in recent days by positive developments around commitments to a ceasefire and improved humanitarian access, action rather than words by parties to the conflict is necessary to achieve a sustainable and lasting peace in Ethiopia. The Ethiopia Peace and Stabilization Act of 2022 is an important tool in this effort. I joined my colleagues in a bipartisan vote in the Senate Foreign Relations Committee to advance this bill to support the Biden administration’s efforts to end this brutal conflict.”