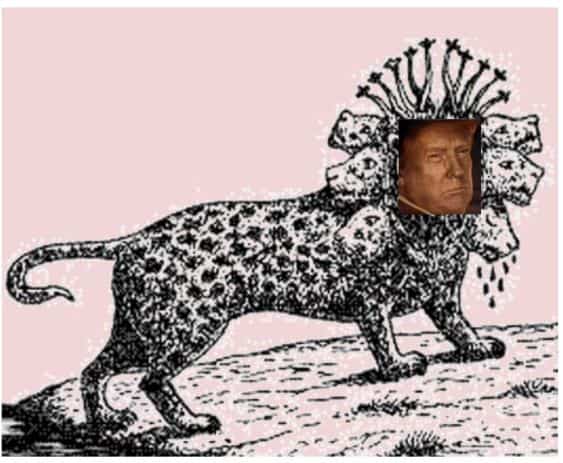 Fellow-citizens, we cannot escape history. We of this Congress and this administration, will be remembered in spite of ourselves. No personal significance, or insignificance, can spare one or another of us. The fiery trial through which we pass, will light us down, in honor or dishonor, to the latest generation. We say we are for the Union. The world will not forget that we say this. We know how to save the Union. The world knows we do know how to save it. We – even we here – hold the power and bear the responsibility. In giving freedom to the slave, we assure freedom to the free – honorable alike in what we give, and what we preserve. We shall nobly save, or meanly lose, the last best hope of earth. Other means may succeed; this could not fail. The way is plain, peaceful, generous, just – a way which, if followed, the world will forever applaud, and God must forever bless. Abraham Lincoln, Message to Congress, December 1, 1862.

Society in every state is a blessing, but Government, even in its best state, is but a necessary evil; in its worst state an intolerable one: for when we suffer, or are exposed to the same miseries BY A GOVERNMENT, which we might expect in a country WITHOUT GOVERNMENT, our calamity is heightened by reflecting that we furnish the means by which we suffer. Thomas Paine, Great American revolutionary and author of Common Sense, 1775-76

Friends, Americans, countrymen and women, lend me your ears!

I write to rid the Beast from America, not to praise him.

The evil that men do lives after them.

But it is the duty of patriots to stop EVIL cold in the voting booth.

Today, America teeters on the brink of calamity.

Today, over two hundred thousand Americans have needlessly perished in a pandemic.

Today, millions of Americans have lost their jobs and cannot pay their bills.

Today, Americans are polarized by racist, sexist and militarist rhetoric belched out from the Oval Office of the White House.

Today, America’s representative democracy in less than four years has been reduced to an executive idiocracy led by a pathetic, lying, racist, misogynistic  and tax-dodging ignoramus and his accomplices.

Today, America has an excuse for a president who is out of control and out of his mind.

Today, because the head of the Executive Branch of our government has failed, we have become a country WITHOUT GOVERNMENT and We, the People, are subjected to untold miseries.

Today, Union lies in the ICU on life support.

Today, We, the People, MUST rise up and save the “Last Best Hope of Earth”.

On November 3, 2020, We, the People, must reclaim our government from the Beast and save the union!

Over the past 50 years, I have lost track of the number of times I have taken the oath to protect and defend the U.S. Constitution.:

“I will support and defend the Constitution and laws of the United States of America against all enemies, foreign and domestic; that I will bear true faith and allegiance to the same.”

I took the oath when I became a member of the United States Supreme Court Bar.

I took the oath when I became a proud citizen of the United States.

For well over a quarter of a century, I have defended the United States Constitution in the federal and state courts.

For well over a quarter of a century, I have taught thousands of young American men and women of all races and creeds to take pride in the U.S. Constitution, learn about it and defend it because it is the document of the “last best hope of earth”.

This is not misguided or naïve reverentialism (constitution worship) of the U.S. Constitution.

I read the U.S. Constitution including the Bill of Rights before I became a teenager at the U.S. Information Service Library in Addis Ababa. Indeed, I did. Many, many times. Well over one-half century ago!

At the time, I was clueless about the interpretive technicalities of the U.S. Constitution. But I understood the plain meaning of the words.

That is because I had the opportunity to familiarize myself with every word in Webster’s Pocket Dictionary. My friends would claim I memorized it. I will plead nolo contendere (no contest) to that allegation!

When I took a solemn oath before man and God to “support and defend the Constitution and laws of the United States of America against all enemies, foreign and domestic”, I knew what I had pledged to do.

I knew it meant I will defend the constitutional rights of those whose ideas and ideals I despised with every cell in my body.

I knew it meant I will have to defend the U.S. Constitution against an arrogant majority in the Congress, an arbitrary judge in the courtroom and a two-bit lying sack dictator wanna-be.

At no time in the past century has the U.S. Constitution needed support and defense than today.

To me, the essence of America is distilled in the U.S. Constitution.

Yes, that Constitution which declared Africans brought as slaves to North America as “three-fifths persons” to boost representation of whites in the House of Representatives and apportionment of taxes.

Read Aloud:   Over 30,000 refugees and migrants have arrived in Yemen so far this year – UN agency

That Constitution which was interpreted by the U.S. Supreme Court in Dred Scott v. Sanford in 1857 to mean African Americans “had for more than a century before been regarded as beings of an inferior order, and altogether unfit to associate with the white race, either in social or political relations; and so far inferior, that they had no rights which the white man was bound to respect; and that the negro might justly and lawfully be reduced to slavery for his benefit. He was bought and sold, and treated as an ordinary article of merchandise and traffic, whenever a profit could be made by it.”

That Constitution which did not even consider women as “persons” and waited until 1920 to recognize them as political human beings obliquely in the Nineteenth Amendment, “The right of citizens of the United States to vote shall not be denied or abridged by the United States or by any State on account of sex.”

That same Constitution under whose authority “The Indian Citizenship Act of 1924” was passed granting  US citizenship to the indigenous First Peoples of the United States calling them, “non-citizen Indians”.

It is said, “Oaths are but words, and words are but wind.”

Not for me. Oaths are solemn promises of the heart not to be betrayed by the mind.

The Constitution I have revered for nearly six decades and defended in the courtroom, state room, hearing room and taught in the classroom today is under withering assault by a Beast, not unlike the Beast in Revelations.

I knew the U.S. Constitution needed support and defense on November 21, 2015, a year before the election of Donald Trump to the American presidency.

On that date, I pleaded with the American people to “Save the Last Great Hope of Humanity From Insanity.”

I condemned the mendacity and rapacity of Donald Trump and the sheer insanity of electing him president:

Donald Trump is not what Americans are. The American character to me is defined by liberty, dignity, generosity, fraternity, equality, charity, amiability, amicability, authenticity, civility, comity and community.

Donald Trump is the Beast in Revelation, the Evil Power that brings death and destruction to the world.

For the past four years, I have watched Trump destroy America from within.

Trump, “the lawless one”, with “seven heads”: the liar, the racist, the sexist, the militarist, the flagrant violator of the rule of law, the self-absorbed narcissist and tax dodger.

The Beast in Revelations was given mouth to utter haughty and blasphemous words and to exercise authority for forty-two months.

Donald Trump was given mouth to lie and deceive for forty-eight!

BTFFA have trashed the bedrock principles of the Republic’s federalism by undertaking political extortion threatening and withholding constitutionally appropriated funds to so-called sanctuary cities in the states.

BTFFA have undermined bedrock separation of powers and rule of law principles and flagrantly undermined the independence of judiciary by personal attacks.

BTFFA have abused the power of the office of the president by withholding $391 million in security aid for Ukraine with the aim of unlawfully pressuring Ukraine into investigating a political rival in the United States.

BTFFA have engaged in obstruction of Congress by stonewalling the impeachment inquiry of the U.S. House of Representatives by refusing to provide documents and evidence to congressional .

BTFFA have used the Department of Homeland Security (DHS) as their “goon squad.”

BTFFA have ordered hospitals to bypass the CDC and send all Covid-19 patient information to a central database at HHS to hide and falsify data with the ultimate aim of misleading the public.

Beast Trump has sought to undermine the democratic electoral process by claiming he can postpone the presidential election.

Beast Trump continues to destroy public confidence in the electoral process and delegitimize it by constantly making unfounded claims about vote-by-mail fraud and counterfeit ballots even though he and his family members voted by mail.

Beast Trump is the real version of the Manchurian Candidate, indeed he is the  Russian Candidate serving the interests of Vladimir Putin who holds dirt on his businesses and personal life.

In 2020, America has become a shadow of its former self.

I am inspired by Abraham Lincoln’s words:

We shall nobly save, or meanly lose, the last best hope of earth. Other means may succeed; this could not fail. The way is plain, peaceful, generous, just – a way which, if followed, the world will forever applaud, and God must forever bless.

Today, there is only one choice: To nobly save, or meanly lose, the last best hope of earth.

On November 3, 2020, every voting age American MUST cast his or her vote to nobly save the last best hope of earth or meanly lose it forever!

The US Is Dangerously Flirting With The Afghan Scenario In Ethiopia