According to the World Bank, Russia holds the world’s largest natural gas reserves, the second largest coal reserves, and the eighth largest oil reserves. Over the past years, Russia has expressed heightened interest in exploring and producing oil and gas in Africa. Emboldened African leaders and industry executives have accepted proposals, several agreements and whatever were signed with Russian companies, but little have been achieved in the sector. With the rapidly changing geopolitical conditions and economic fragmentation fraught with competition and rivarly, African leaders have to understand that Russia might not heavily invest in the oil and gas sector, not even in the needed infrastructure in this industry. 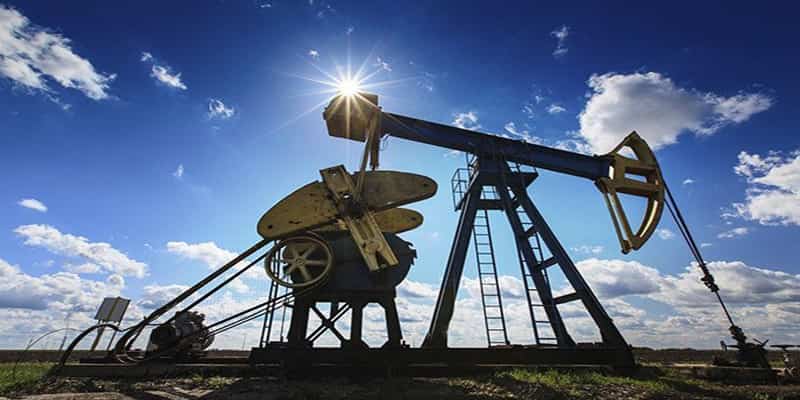 From our monitoring, research and several interviews with experts especially inside Africa, we can conclude that the Russia-Ukraine crisis has brought into its fold good opportunities. Russia is energy self-sufficient. It does not need to import energy from Africa, it can only act as a fortified gatekeeper. It has done this several years, primarily to ensure, to a considerable extent, control of Africa’s energy from entering the global market. Popular opinion now is that potential African producers can take advantage to attract investments required to build infrastructure that would enable them to expand exploration, production and exportation to meet the anticipated increase in demand in Europe.

Russia’s interests about possible participation in the oil and gas related projects is perceived by some experts as a bid to either sabotage or control the flow of oil and gas from Africa into Europe. Several experts have written about the implications of the Russia-Ukraine crisis, and its meaning for Africa. The crisis casts a long shadow across Africa. There is need to forge a pan-African solidarity and adherence to working towards developing the continent’s natural resources. If this is not done, Africa will continue importing oil and gas.

During June 2021 interview discussions with NJ Ayuk, Executive Chairman of the African Energy Chamber, a pan-African company that focuses on research, documentation, negotiations and transactions in the energy sector, he expressed the urgent necessity for scaling up Africa’s production capacity in order to achieve universal access to energy. He further noted the challenging tasks and pointed strongly to the need for a transformative partnership-based strategy, (that requires transparency, good governance and policies that could create a favourable investment climate) and that aims at increasing access to energy for all Africans.

Natural gas, affordable and abundant in Africa, has the power to spark significant job creation and capacity-building opportunities, economic diversification and growth. Sustainable development of African economies can only be attained by the development of local industry – by investing in Africans, building up African entrepreneurs and supporting the creation of indigenous companies. It requires cooperative efforts by Africans.

Can there be a unified approach to collaborating on issues of energy projects in Africa? NJ Ayuk observes that Africa has already made an indelible mark in the oil and gas industry. Africans must therefore become more accountable, and plan better in the energy sectors. Some potential external investors, like Russia, have for many decades shown interest in this sector but have not operationalized their agreements and promises.

Approximately 840 million Africans, mostly in sub-Saharan countries, have no access to electricity. Hundreds of millions have unreliable or limited power at best. Even during normal circumstances, energy poverty should not be the reality for most Africans. The popular narratives about the prevalence of energy poverty on the continent has to change. We need good governance that creates an enabling environment for widespread economic growth and improved infrastructure. African leaders need an unwavering determination to make Africa work for us, even when there are missteps and things go wrong.

The African Energy Chamber is raising A Banner for African Oil & Gas. It plans to hold Oil and Gas conference this October. As part of the conference, its special report titled “State of African Energy Q2 2022 Report” will be presented during the conference. According to the report seen by this author, increasing oil and gas activity and a record number of new discoveries have set the stage for significant industry growth in the second half of 2022.

In Namibia alone, for example, two breakthrough discoveries, Shell’s Graff and Total Energies’ Venus-1X, have opened frontier oil play onshore. Industry experts estimate that Venus-1X may hold recoverable resources of some 3 billion barrels of recoverable oil, making it Sub-Saharan Africa’s largest-ever oil discovery. Namibia, in fact, has led the way in new oil and gas activity this year and is emerging as an exploration hot spot. In northeast Namibia and northwest Botswana, ReconAfrica has licensed operations for the newly discovered 8.5-million-acre Kavango Basin, one of the world’s largest onshore undeveloped basins.

This is great news for our industry, which was hit especially hard by Covid-19 and has struggled to regain momentum. The energy sector was crippled by historically low volumes in 2020 and 2021, creating an even more critical need for new exploration. And Namibia is just one example of the new discoveries being made all over Africa. The Q2 2022 report outlines a number of new developments across the continent.

Eni discovered the Baleine field in Cote d’Ivoire last year, which contains as many as 2 billion barrels of recoverable oil and nearly 2 Tcf of gas offshore. This is a big deal for Côte d’Ivoire, which up until now has been producing about 34,000 barrels of crude per day from four blocks.

In Angola, TotalEnergies is drilling for the first time since 2018 and has executed a sale and purchase agreement with state-owned Sonangol for two blocks in the Kwanza Basin offshore. Other majors, including ExxonMobil, Chevron, BP, and Eni, are active in Angola as well. More than a dozen high-impact wells are predicted in the next 18 months in Libya, Ghana, Mozambique, South Africa, Equatorial Guinea, Morocco, Egypt, and others. Egypt alone has awarded eight oil and gas exploration blocks to Eni, BP, Apex International, Energean, United Energy, Enap Sipetrol, and INA.

And after long delays because of Covid-19, licensing rounds are planned, open, or under evaluation in more than a dozen countries including Angola, Equatorial Guinea, Ghana, Gabon, and Congo. The results are expected to be announced this year. Higher greenfield spending is also forecast as more projects get the green light. In Kenya, for example, large investments are expected in the greenfield onshore development of Tullow’s South Lokichar basin, Turkana County. At an estimated 585 billion barrels, this is widely considered one of the last big conventional onshore projects in the world.

These discoveries and others referenced in the Chamber’s Q2 2022 report are tremendously exciting. And if managed them properly, it could make significant progress toward the goal of a just energy transition: alleviating energy poverty, stimulating economic growth, and improving the lives of everyday Africans.

The State of African Energy Q2 2022 Report outlines an unprecedented level of new oil and gas discoveries on the African continent. The simple, staggering fact that more than half of Sub-Saharan Africans lack access to electricity means priority must continue to end energy poverty. With Africa’s population projected to exceed two billion by 2040, generation capacity will need to be doubled by 2030 and multiplied fivefold by 2050.

Oil and gas are Africa’s lifeblood and the foundation for economic development. The future depends on sustaining the longevity of the industry. Africa’s wealth of new oil discoveries is not only a chance to recover some of the devastating losses suffered in the last two years – it represents an opportunity to achieve an energy transition that benefits all Africans. According to the report, increasing oil and gas activity and a record number of new discoveries have set the stage for significant industry growth in the second half of 2022.

Some experts believe that Europe can look to Africa as preferred energy supplier. Africa is ready to welcome investors currently pulling out of Russia if they can genuinely invest in developing oil and gas infrastructure which Africa seriously lacks in this industry. That’s a real opportunity, I think, for Africa at this point in time.

Mohammad Sanusi Barkindo, OPEC Secretary General, (before his death early July) stressed in his last speech that “It is essential if we are to develop new technologies, strengthen the human capacity and remain leaders in innovation so that we can do our part to meet the world’s growing need for energy, shrink our overall environmental footprint, and expand access to underserved communities. Yet the industry is now facing huge challenges along multiple fronts, and these threaten the investment potential now and in the longer term.”

It is necessary to underscore the importance of cooperation in exploring and producing this resource to support the needed sustainable development goals, and attempt at becoming more prominent on the global energy stage.

Undoubtedly, Africa has the fastest-growing population in the world, but half of this population is without energy supply. That is why African leaders have to seriously prioritize the right energy policies to make access to energy the most effective way possible.

Russian Presidential Special Representative for Middle East and Africa, Mikhail Bogdanov, in an April interview to Interfax news agency, was asked “many people in Europe are convinced that Africa is capable of increasing the production and supplies of gas to Europe instead of Russia’s. In your opinion, how realistic is this?” He explained that “the world is governed by market rules. The reason is the existence of a whole system – consumer markets, traditional suppliers, contracts, not to mention pipelines and oil terminals. In short, this cannot be done in an instant. It will take years to replace supply chains and to build new infrastructure.”

Bogdanov says that Africa is beyond any doubt the continent of the future, both from the point of view of human resources and being a storeroom of the world’s riches. Another issue is that colonial powers, as well as neocolonialists, have never let the Africans take advantage of the treasure under their feet.

President Vladimir Putin addressed the plenary session of the VTB Capital Russia Calling! Investment Forum organized and held by VTB Bank. As usual, the forum brought together from all over the world, business leaders, investment managers and consultants, as well as international experts in the field of the economy and finance. Putin listened to academics and researchers, sometimes even opposing views of the current developments, and enjoyed interactive exchange of opinions with potential investors, an insight into the mood of business partners both from Russia and abroad.

On Africa, Putin noted at the VTB Capital’s Russia Calling Forum, that many countries had been “stepping up their activities on the African continent” but added that Russia could not cooperate with Africa “as it was in the Soviet period, for political reasons.” For decades, Russia has been looking for effective ways to promote multifaceted ties and new strategies for cooperation in energy, oil and gas, trade and industry in Africa.

But so far, Russia’s investment efforts in the region have been limited. Russia is very cautious about making financial commitments in Africa.  Russian companies currently have weak presence in Africa. There is no stimulus for efforts to localize production of equipment and strengthen technological partnership in the energy sector. Russia contentiously claims the leading position as a supplier and is now rapidly diversifying its products at discounted prices to the Asian market.

With the emerging new economic order characterized by competition and rivalry, and an additional fact that Russia already has thousands of decade-old undelivered pledges and several bilateral agreements signed which are yet to be implemented with individual countries in the continent, it is simply logical that Africans should not expect much in this oil and gas (energy) sector from the Russian Federation.