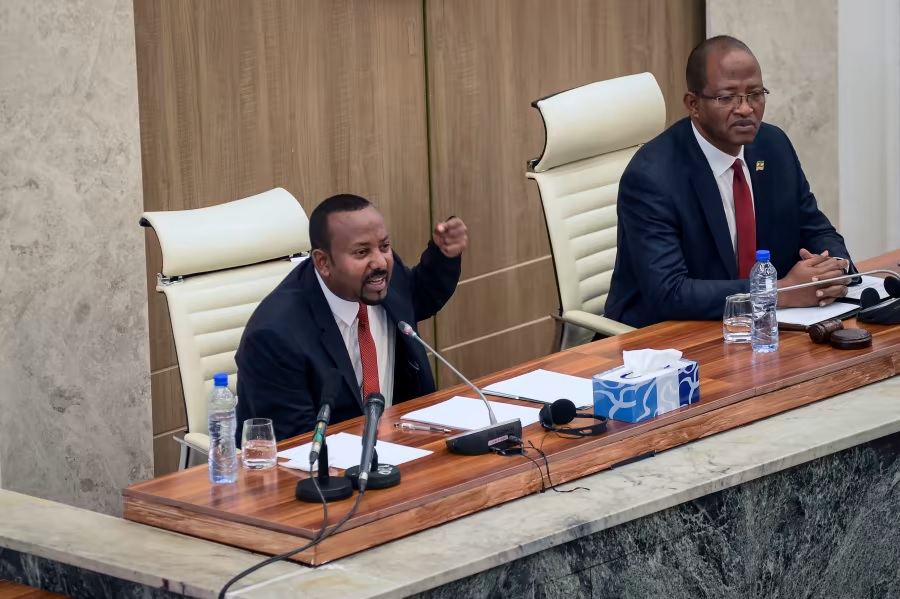 Once again, Prime Minister Abiy Ahmed has addressed the Nation’s House of People’s Representatives on November 15 2022.

On that day, the sixth Round, 2nd year of duty and the fourth Ordinary Session has just been opened, essentially to support the motion following the Federal President’s annual legislative program she had unveiled to the house several weeks ago.

Unfortunately, the Prime Minister’s speech was,as always, a rather lengthy and monotonous one. Although he was not asked by the parliamentarians at that level, his tiresome elaboration on macro-economic issues seemed to dominate the entire deliberation.

Yet, what has surprised me the most is the obscure information he had provided to the People’s Representatives on the recent peace deal concluded with TPLF in South Africa. At one time, he told the Honorable Deputies that none of the delegations from the conflicting parties went to Pritoria to hand over the Wolqahit-Thegedie and Raya territories either to the Tigray or Amhara Region emphasizing in particular that nobody has the right to do so in the first place.

Even the TPLF terrorist group?

On my part, I am not quite sure he meant it from the bottom of his heart.

What message does Art. 10 Sub-Art. (4) Of the Joint Accord for Lasting Peace through a Permanent Cessation of Hostilities signed on November 2nd 2022 convey when it broadly stipulates that the issue of “’contested areas’” shall be settled in accordance with the country’s ‘constitution and constitutional order’?

More critically, Art. 2 (d) of the Declaration of the Senior Commanders toward the implementation of the mainstream accord subsequently signed in Nairobi, Kenya on November 12 2022 makes it clearer that “the disarmament of the TPLF’s armed combatants with regard to heavy weapons shall be conducted concurrently with the withdrawal of foreign and non-ENDF forces from the region”. Here, the term ‘region’ refers to the present-day Tigray Region erroneously considered to have included the Wolqahit-Theghedie and Raya territories.

If that is the real plan envisaged both by the principal peace agreement and its subsidiary arrangement, whose ownership of these territories is to be legitimized at the end of the day knowing that the 1995 Ethiopian constitution which the Prime Minister relies on has been enacted three solid years after the said territories have already been forcibly annexed from the former Beghie-Midir and Wollo Provinces and unlawfully occupied by the then TPLF forces and dictatorially incorporated into the Greater Tigrean Region?

Many a time, Abiy does not want to confront that historical reality, presumably in the name of ‘lasting peace’.

That said, however, he chose to urge the innocent victims not to repeat the same mistake that has been perpetrated against them by the offenders claiming that such a restorative, (not retaliatory), action can, by no means, guarantee lasting peace between the two, Amhara and Tigrean communities co-existing side by side from the time immemorial.

What a shallow, one-sided and perverted piece of recommendation put forward by a seemingly impartial Federal Government top official in his capacity as the Prime Minister and Commander-in-Chief of the nation’s Armed Forces!

3 thoughts on “Reflecting on Another Parliamentary Showdown”