Recovering from the severe economic damage inflicted by the war in northern Ethiopia and bringing back the economy of Amhara regional state to pre-Tigray war economic status would take thirty to forty years of endeavor, revealed an assessment by the Planning Commission of the Amhara Regional State. 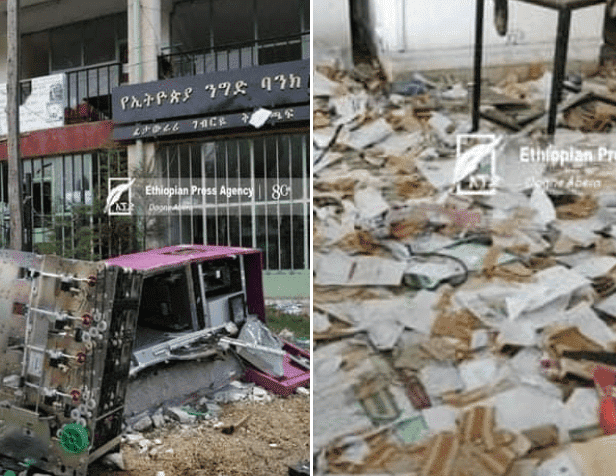 The regional GDP constitutes 22 percent of the national GDP, which stood at USD 100 billion when the law enforcement operation began in Tigray regional state in November 2020.

“Kombolcha was the industrial hub of the region. Now every standing factory has been looted by TPLF forces. They damaged properties they could not take. Private and public investments are totally damaged. We cannot even resume providing minimum services such as health and school in the near future because they have been completely damaged and looted,” head of the regional planning commission , Animut Belete said of the conditions.

Amhara region towns such as Kombolcha, Haik and Woldia fell to the TPLF. The damage has also affected three agricultural research centers, large and medium industries in Kombolcha, which also houses the Kombolcha industrial park, among others.

According to the commission’s previous assessment on 45 Woredas in five zones, which previously were controlled by the TPLF, agricultural damage alone was estimated to reach 260 billion birr. Of this, 100 billion birr is market value of crops and livestock of the current harvest season, which have also been looted and damaged.

“It took us at least 30 years of endeavor to build this economy, under the auspices of foreign aid, Foreign Direct Investment (FDI) and various sources of support. Now there is no foreign aid or FDI. Rebuilding the economy in the absence of these sources will take us even more than thirty years. Industry will start from scratch. Farmers have no oxen or farming equipment. Millions of labor force is idle now,” said Animut.

The regional government is currently planning to mobilize resources by organizing campaigns.

“We are communicating with the federal government to create different platforms. We are also preparing to mobilize resources from the Diaspora. The resources can be in kind or in cash. We need computers and office equipment to resume basic public services first. Then rehabilitation and redevelopment will begin. But for now, the primary effort is retaining the region taken by the TPLF,” Animut added.

Read Aloud:   Human Rights in Polarized Ethiopia: the need for collaboration Presentation at the SHENGO DC Forum on Human Rights

Experts recommend the federal government craft a post-conflict rehabilitation and redevelopment roadmap for all regional states affected by the yearlong conflict, to which the end is still not in sight.