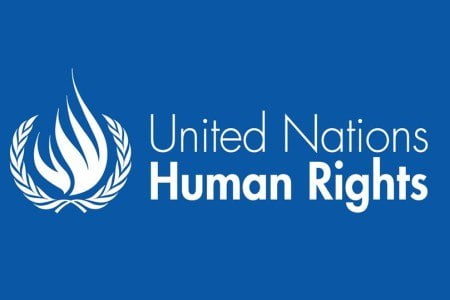 Geneva (22 December 2020) – Seven weeks after the conflict began in the Tigray region of Ethiopia, the continuing lack of overall humanitarian access, coupled with an ongoing communications blackout in many areas, raises increasing concerns about the situation of civilians, UN High Commissioner for Human Rights Michelle Bachelet warned on Tuesday.

“While we welcome the Ethiopian Government’s statement that there would be unimpeded humanitarian access, in line with the agreement with the UN signed on 29 November, this needs to be to all areas of Tigray where civilians have been affected by the fighting,” Bachelet said, noting that two humanitarian assessment missions were able to enter Tigray on Monday.

“These reports point to failure by the parties to the conflict to protect civilians. This is all the more concerning given that fighting is said to be continuing, particularly in some areas of north, central and southern Tigray,” she said. Tens of thousands of civilians have already been displaced or have fled across the border to Sudan. Bachelet also echoed the concern expressed by UNHCR, the UN Refugee Agency, for the safety and wellbeing of some 96,000 Eritrean refugees registered in four camps in Tigray when fighting started.

Given the current restrictions, the UN Human Rights Office is not in a position to verify reports on the ground but it has received consistent information pointing to violations of international humanitarian law and human rights law by all parties to the conflict.

Among the accounts, witnesses described artillery strikes on the town of Humera on the border with Eritrea between 9 and 11 November. The UN Human Rights Office interviewed several people from the town who alleged that shells launched from Eritrea had hit residential areas and the hospital. The Ethiopian army and regional Amhara forces and militia then reportedly took control of Humera, allegedly killing civilians and looting the hospital, banks, businesses, supermarkets and private houses.

Artillery strikes against the town of Adigrat in early November reportedly forced many families to flee to the mountains, where they were then trapped by heavy fighting between 20 and 24 November, with many people reported to have been killed.

One of the most shocking incidents reported to date was the alleged mass killing of several hundred people, mainly Amharans, in Mai Kadra, on 9 November.

“If civilians were deliberately killed by a party or parties to the conflict, these killings would amount to war crimes and there needs to be, as I have stressed previously, independent, impartial, thorough and transparent investigations to establish accountability and ensure justice,” Bachelet said.

“I urge the authorities to build on the Ethiopian Human Rights Commission’s preliminary findings into what happened in Mai Kadra. It is essential that there are investigations into allegations of human rights violations there against both Amharans and Tigrayans,” she said.

Based on multiple accounts, the Amhara “Fano” militia has reportedly committed human rights abuses, including killing civilians and carrying out looting. The UN Human Rights Office has also received information, which it has not been able to verify, concerning the presence of Eritrean troops in Tigray, their involvement in the hostilities and related serious violations of international law.

While telephone lines are beginning to be restored in some areas, the communications blackout that began on 4 November and restrictions on access raise significant concerns that the human rights and humanitarian situation is even more dire than feared. These reported allegations are likely only the tip of the iceberg regarding the extent and seriousness of the violations of international humanitarian law and international human rights law committed by all parties to the conflict.

For instance, while the Government of Ethiopia has repeatedly alleged that the Tigray People’s Liberation Front (TPLF) forces have been involved in violations of international law, without access it remains challenging to verify these allegations.

“This underscores the need for independent human rights monitors to be given access to Tigray to adequately assess the human suffering resulting from the conflict, verify allegations and to help ensure accountability for violations,” Bachelet said.

“What has happened in Tigray over these past seven weeks is as heart-breaking as it is appalling. Despite the Ethiopian Government’s initial efforts to provide humanitarian aid in some areas, it is vital that life-saving assistance is delivered to all civilian populations in need without further delay,” the High Commissioner said.

“To avoid continued conflict and loss of life, Ethiopia should address its longstanding ethnic divides through accountability, inclusive dialogue, reconciliation and respect for human rights,” she stressed.