(CNN)Decades of frustration boiled over on the streets of Tel Aviv and across Israel, as thousands of Ethiopian Jews marched against discrimination in a series of protests. It wasn’t the first time this community has taken to the streets, but now they have the country’s attention, following a viral video that showed two Israeli police officers beating an Ethiopian-Israeli soldier in uniform. Both officers were fired.

The video was a tipping point, and a symptom of a much bigger problem. Ethiopian Jews say they are treated like second-class citizens. 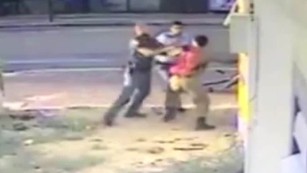 “These young people were born in Israel and they feel Israeli, but still people see them as Ethiopians,” said Mehereta Baruch-Ron, the deputy mayor of Tel Aviv from the left-wing Meretz party. Baruch-Ron is an Ethiopian Jew who came to Israel when she was 10 years old, escaping Ethiopia on foot to Sudan before she could fly to Israel.

“Ethiopian Jews dreamed for 2,000 years to get to Jerusalem,” she said, remembering well her excitement as a child when her father told her they would be leaving for Israel.

Baruch-Ron is a success story for the Ethiopian community, from an illiterate immigrant to a city leader. The demonstrations are from a new generation of Ethiopians, born in Israel, who demand equal opportunity and fair treatment from police, she said.

Read Aloud:   Ethiopian Israelis plan to hold a protest against the brutality of TPLF Government

“The anger is more about the lack of programs, lack of opportunities and we have to remember that there is a big gap that we have to close, so we need some investments in order to close this gap,” said Baruch-Ron.

A struggle for acceptance

Many of the 140,000 Ethiopian Jews living in Israel today came over in two massive airlifts in the late 80s and early 90s. The Ethiopians were welcomed with open arms, but the dream gave way to new challenges. The government set up absorption centers throughout Israel to help Ethiopians get used to a new country. But many Ethiopians say, too often, they struggle to find acceptance.

Unemployment in the Ethiopian community is 13%, nearly three times the national average, and Ethiopians earn a third less than Israelis. According to Tebeka, an Ethiopian-Israeli advocacy group, Ethiopians make up less than 2% of Israel, but nearly 20% of the youth prison population.

Ethiopians have been protesting discrimination for years. Tebeka receives 1,000 calls a year about discrimination against Ethiopians. But this time, the protests made a difference. The Prime Minister promised to end racism in Israel, setting up a ministerial task force, while the chief of police is working to end police discrimination.

“At the end of the day, (the chief of police) admitted there is a problem. There is police violence against the Ethiopian community and that, by itself, is I think a good starting point,” says Fentahun Assefa-Dawit, executive director of Tebeka.

Community leaders say these changes are a major step in the right direction, but they say they have to work fast, while they still have the country’s attention. 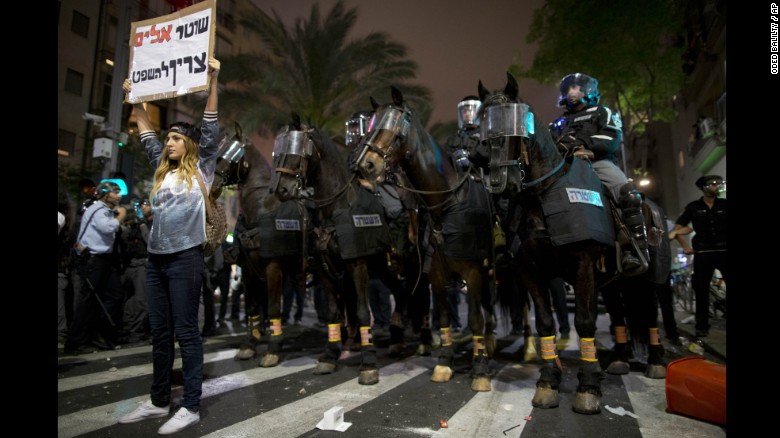 Protests erupt in Tel Aviv, Israel 11 photos
An Israeli protester holds a sign reading “violent policemen should be sentenced” during clashes between protesters and Israeli riot police in Tel Aviv on Sunday, May 3. The protest was sparked after video emerged showing what appeared to be two police officers beating a uniformed Israeli soldier of Ethiopian origin.