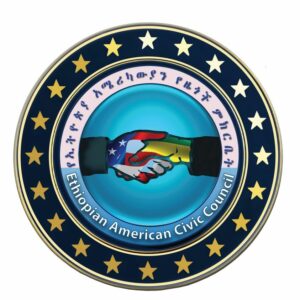 The Ethiopian American Civic Council strongly objects to President Joe Biden’s executive order authorizing sanctions against officials in Ethiopia for simply taking part in defense of the territorial integrity of Ethiopia and the rule of law. It negates the fact that the TPLF is the main hindrance to the peace process.

The Executive Order issued by President Biden regarding the conflict in the Tigray region establishes the following conditions: 1) Respect for human rights; 2) Full access to humanitarian aid to those impacted by the conflict; 3) Requirement that the parties in the conflict come to the negotiating table without preconditions.

Ethiopia is a sovereign nation with full rights as a member of the United Nations to manage its internal affairs in compliance with international law. We believe the Biden Administration’s Executive Order violates Ethiopia’s sovereign power to govern its internal affairs by compelling the Abiy Administration to negotiate with the Tigray People’s Liberation Party (TPLF) without any preconditions. This blatant violation of Ethiopia’s sovereignty by the Biden Administration has also shown complete disregard for Ethiopia’s House of People’s Representatives, which designate TPLF as a “terrorist” entity.

To set the record straight, soon after Prime Minister Abiy Ahmed assumed state power, he worked diligently to negotiate political settlements with the TPLF leadership, but to no avail. In fact, TPLF initiated the current conflict by attacking the federal base on November 3, 2020. The TPLF-initiated war devastated the Tigray region instantly, and their forces were no match for the federal force. However, eight months into the fighting, to save lives and give humanitarian access, the Abiy Administration declared a unilateral ceasefire in the Tigray region in June 2021.

The TPLF used the ceasefire to regroup and attack civilians and civilian infrastructures in the Amhara and Afar regions. It has been widely reported that TPLF guerrilla fighters are indiscriminately attacking historical churches, hospitals, and schools throughout these regions.

The TPLF-led war has resulted in the massacre of thousands of civilians including in Maikadra, Chena, Galicoma, and Agamsa; internal displacement; and severe food shortages.

Despite the catastrophic humanitarian crisis created by the TPLF, the Abiy Administration has taken measured actions against TPLF to avert bloodshed. The Biden Administration should commend Prime Minister Abiy for his ongoing effort to deescalate the conflict initiated and perpetuated by the TPLF.

Currently, there are no Eritrean troops in Ethiopia outside of Bademe. The only hindrance to peace remains the TPLF. Thus, the Biden Administration is wrong to issue the Executive Order compelling Ethiopia to negotiate with an outlawed TPLF that is directly responsible for the current humanitarian catastrophe.

We urge the Biden Administration to stop cajoling the terrorist TPLF. We believe it is in the best interests of the United States to work with Prime Minister Abiy Ahmed who is duly elected by the vast majority of Ethiopians. The Biden Administration should understand that Prime Minister Abiy does not have the authority to negotiate with the TPLF, which has been deemed a terrorist organization by Ethiopia’s House of People’s Representatives.

The Biden Administration should rescind its Executive Order to establish sanctions targeting officials in Ethiopia. It is a wrong approach and will further fracture the two nations’ bilateral relationship. The Executive Order will only harm the already strained Ethio-Us relations and will not contribute to peace in the Horn of Africa.