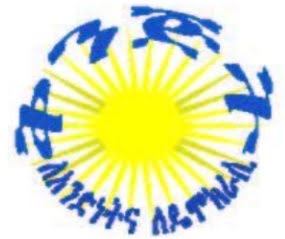 April 5, 2007 — The kangaroo court of the increasingly emboldened tyrant Meles Zenawi has dealt yet another flagrant andsevere blow to the cause of justice, liberty, and indeed to all national and international covenants onfundamental human rights.

Yesterday, April 4, 2007, the “court” ruled that the prosecutor has presented “enough evidence” in support of thetreason charge against all the top leaders and executive council members of the Coalition for Unity andDemocracy Party (CUDP), one of the very first but foremost political party in the history of Ethiopia with ascrupulous record for pursuing political change solely on the basis of an unflinchingly peaceful, scrupulouslylegal and doggedly democratic means. Subsequently, the “defendants” have been ordered to face trial thatcould well end in the death penalty if they are convicted.

This “ruling” flies in the face of the all round and consistently repeated condemnation of the charges aspolitically motivated and as a brazen attempt to criminalize dissent by all international human rightsorganizations known to man and the declaration by all that the charged are quintessentially prisoners ofconscience.

It is in the public record the world over that the ludicrously sham trial started well after the repeated and opendeclarations to the world media by the increasingly tyrannical PM Meles Zenawi that all the defendants areabsolutely guilty and should face “trial” and the death penalty.

The very first action of the tyrant was to remove the parliamentary immunity (by a “vote in parliament” that wasstacked by the incumbent party after the bitterly contested and abortive elections and after the boycott of theparliament by many in the opposition) of all CUDP leaders who had been overwhelmingly elected in the abortive2005 national elections in constituencies that were monitored by international observers and therefore wererelatively sheltered from the flagrant vote rigging by Meles and his extensive party and government machinery.The second action was to summarily round up and incarcerate all the top leaders of CUDP as well as everysingle one of the most publicly known human rights defenders, civil society advocates and independentjournalists in the country. The CUDP leaders, for daring to call for national reconciliation and earnestnegotiations on the most basic and utterly minimum tenets of the rule of law; the human rights defenders, civilsociety advocates and independent journalists for daring to refuse to toe the party line on the flagrantly stolenelections and the subsequent daylight mass murders of hundreds of unarmed civilian protestors (a fact that wasindisputably established by the inquiry commission appointed by the tyrant Zenawi himself).

The third action of the tyrant was to intimidate or otherwise incarcerate any and all independent lawyers thatdared to declare that they will defend the CUDP leaders and civil society members in court along with tens ofthousands of civilians who were in any way shape or form associated with the CUDP or were known orsuspected to have been supporters of the CUDP. Having terrorized the population, murdered hundreds ofunarmed civilian protestors and incarcerated virtually all public opposition members who have not cowed intojoining the rubber stamp parliament and also having arrested masses of CUDP supporters, the tyrant proceededto charging the CUDP leaders and the other key prisoners of conscience with “treason, genocide and outrageagainst the constitution”

These charges were obviously and flagrantly ludicrous and the confidence of the “defendants” and the generalpublic in the iron-clad, party controlled and derelict courts was utterly non-existent (based on their inability todeliver justice in a single political trial over the 15 yrs despotic rule of Meles Zenawi). The prisoners proceededto overwhelmingly defy the court by refusing to respond to the charges and “defend” themselves during the longdrawn out proceedings.

These proceedings were also so comprehensively littered with illegal representations, fabrications, statementstaken under torture, open innuendo and alleged actions that had no relationship with the actions of the“defendants”, that international observers, journalists and jurists long declared them to be utterly inept anddevoid of any semblance of legality and due process. This is in the public record.

From the early days of the election campaigns, the duration of the abortive elections, the failed compliantinvestigation and adjudication process and the subsequent aborted negotiations with the incumbent, everysingle one of the CUDP leaders have consistently demonstrated that they are unflinching messengers of peace,reconciliation and democracy in all their campaigns, public declarations and political activities. For anyone whobothered to witness the “trials” so far and examined the “evidence”, there is not a single shred of evidencelinking them to any illegal activity of any kind under the existing laws of the country.

All Ethiopians and members of the international community who are not encumbered by politicalexpediency know that what is at trial here and what is on the verge of being sentenced to death or longincarceration is peace, liberty and democracy in Ethiopia.

This is not the view of a vengeful opposition movement. This is the voice of all Ethiopians outside of the rulingclique who have voiced their opinions while being shot by the murderous junta, incarcerated in it’s prison camps,having their basic rights trampled upon by a tyrant increasingly emboldened by the temporary power ofmaximum local terror induced by massacres, the lack of meaningful pressure by the only constituency that thetyrant depends on but a constituency that has so far been reluctant to seize the opportunity to stand on the sideof justice – the international community led by the US administration and the European commission.Few have any doubt that the charges against the CUDP leaders are nothing but pure and simple criminalizationof dissent. In fact, although political hyperbole is not our choice for discourse, it will be remiss of us to not statethat charging the CUDP leaders with treason is tantamount to Hitler charging the Jews with the holocaust.We again emphatically state that we have no confidence whatsoever that the current court system can deliverjustice. We can not, and will not expect justice from a court system completely strangled by a totalitarian politicalestablishment. The Ethiopian people have seen and lived the tyrannical system and its flagrant mockery ofjustice for 16 long years. We dare anyone who speaks of ‘just and speedy trials’ to look into the 16 years recordof the justice system in our country and find a single occasion in which the PM and his henchmen and theirhandpicked judges delivered justice in a political trial.

The CUDP still stands firm and is certain of the support of the Ethiopian people on it’s three mainagendas as the only avenues for political reconciliation and moving the democratization processforward: 1) The unconditional release of the unjustly imprisoned CUD leaders and associated civilsociety members 2) The ceasing of the nationwide harassment, intimidations, detention and murders ofCUD members and supporters 3) Earnest trilateral negotiations on the eight cardinal confidencebuilding measures the CUD submitted to the negotiating table in October 2005 and the subsequent callfor a national reconciliation conference by the Alliance for Freedom and Democracy.

We also recognize that Ethiopia currently is and must continue to be a pivotal ally to the international effort tocombat terrorism in all its forms. In this connection, we ardently remind the international community that it’sdeafening silence in the face of such injustice will only serve to sow serious doubts amongst the impactedpopulace about the sincerity of any past or future engagements by the international community in the country’spolitical evolution. Such silence in the face of gross injustice will also surely be a free gift to the forces of evilwho can only flourish amongst a disenfranchised and desperate population.

We say again, we stand behind the correct and just fight against terrorism in all its forms. We also say that themajor players in the international community should not allow tyrants to hide behind clever speeches anddeceptive maneuvers in the name of being allies in anti terrorism, while continuing to deny liberty anddemocracy to their people. The people are the true allies of the US in this fight and the US must stand on theirside. We believe that in the free society that we will continue to strive for; the international community will find atrue ally that has no axe to grind nor employs opportunistic political maneuvering, but a committed partner in thelocal and international effort for peace, liberty and democracy.

The CUDP leaders and their followers have no enemies in this struggle; just the Ethiopian people and a regimethat has for long been and still is on the wrong path. They set out to correct that path peacefully and with theconsent of the people. Where they depart is, the incumbent insists on imposing his vision, whilst the CUDP’sstruggle is to create a level playing field where everyone’s voice is heard and the collective vision that comes outof that is one shared by all. That is what the Ethiopian people hoped for in May 2005. That is what our leadersare in jail for. That is what our compatriots have paid the ultimate sacrifice for. That is what we will continue tostruggle towards, for as long as it takes.

We again call on the US state department, the European Commission and all members of theinternational community to condemn today’s “ruling” by the tyrannical “court” and to unequivocally callfor the unconditional release of the CUDP leaders and their fellow political prisoners. The unconditionalrelease of the prisoners of conscience is the only sure way to begin earnest national reconciliation andfor Ethiopia to proceed to develop peace, sustainable development and democracy. It is also the onlyway that Ethiopia can take her rightful place in the international community as a land where humanrights are respected and the rule of law reigns.