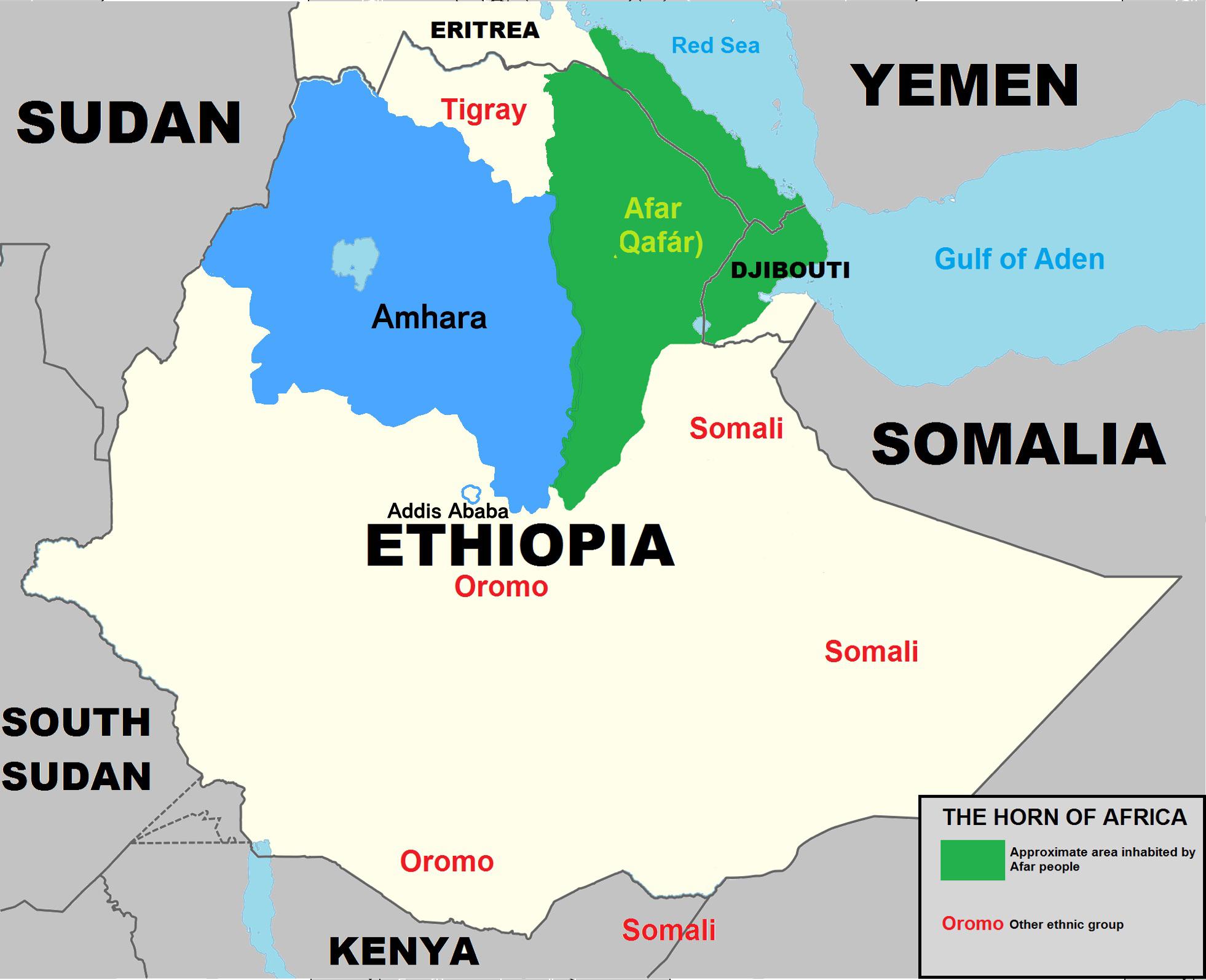 The regressive and polarizing ethnocentric political system Ethiopia has lived under for three decades has come to its logical and tragic conclusion. The constitutionally quasi-sovereign Regional States have now raised ethnic armies by the tens of thousands to assume state power, press for more territories, and even secede from Ethiopia. The most dramatic cases that are challenging federal authority are the self-styled Tigray Defense Forces (TDF) and the Oromia/OLF Special Forces. Going beyond district-specific ethnic cleansing and crimes against humanity, the TDF has been engaged in mechanized warfare and massive killing, looting and destruction by targeting the Amhara and the Afar for a genocidal annihilation.

Following the collapse of the Dergue military regime, the Amhara people were explicitly excluded from the negotiations to establish a transitional government in 1991, which paved the way for the current ethnocentric order. Presently, Abiy Ahmed’administration, representing interests that promote Oromo supremacy and with a record of betrayal of Amhara communities, is once again excluding the Amhara from peace talks and power-sharing negotiations.

Abiy’s administration has yet to make clear its negotiating position, especially given the longstanding anti-Amhara stance of the TPLF and its designation as a terrorist group engaged in horrific war crimes and networked destabilization of the country. At the same time, the Amhara are once again being called on to the war front primarily using their own devices while they are being pushed into an existential crisis by relentless supremacist forces, such as the OLF and the TPLF.

We believe that it is patently unfair to exclude the primary targets of the Northern civil war from negotiations. More importantly, such an exclusionary settlement cannot bring lasting peace to the country. Our angst is based on a number of considerations:

With regard to peace and stability, it is entirely possible that a new social contract and a new civil order might arise that blatantly excludes all stakeholders except those heavily armed groups representing the federal state and the Tigrayan regional state; and

Even at the limited ceasefire talks, it is not clear that impartial and enforcement-capable third-party negotiators are selected, and representative observers are included. The broadest possible representation is essential for facilitating negotiations on even more substantive issues in the next stage to prevent reversion to civil conflict and ratchet up an all-out effort to cleanse the country of political ethnicity that is alien to its inclusionary culture.

APPEALS AND A CALL TO ACTION

It is high time to end the abuse of the Amhara by insurgent and government forces alike, and for the Amhara to proclaim their agency as Amhara and for Amhara. With a sense of urgency, we issue our collective call to all concerned parties (the combatants, the valiant people of the Amhara and Afar regional states, the rest of the Ethiopian people, and the international community) to heed the following to ensure lasting peace and stability and the establishment of a democratic system of government in Ethiopia. Specifically, the process and substance of the would-be protracted negotiations to craft an equitable political settlement must be designed:

citizen militia immediately and without any preconditions;

Our Dream is for a Just and Lasting Peace for the Beleaguered Amhara and all Ethiopians!!

1 thought on “No Negotiation by Exclusion: The Amhara and Afar are Primary Stakeholders”