Mo Farah took to Instagram to post photos of himself running alongside cattle Britain’s four-time Olympic gold-medal winning runner is training in Ethiopia Farah recently reiterated his stance that he is innocent of drug-related cheating
By Jonathan Spencer For Mailonline
PUBLISHED: 05:53 EST, 7 March 2017 | UPDATED: 06:51 EST, 7 March 2017

Mo Farah is keeping himself ahead of the herd – by running alongside cattle in Ethiopia.

Britain’s four-time Olympic gold medal-winning runner took to Instagram on Monday to post numerous photos of him enjoying his scenic run, with the caption: ‘Long run this morning…!!!’

Farah can be seen running topless next to a herd of cows and alongside a man riding a horse in Ethiopia in the blazing-hot conditions. 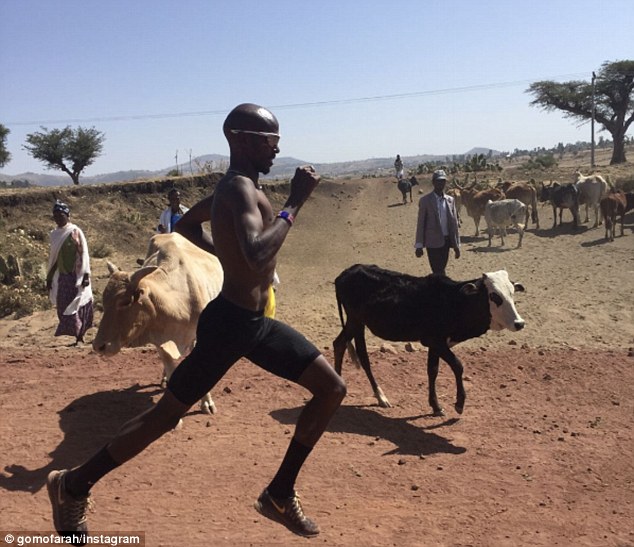 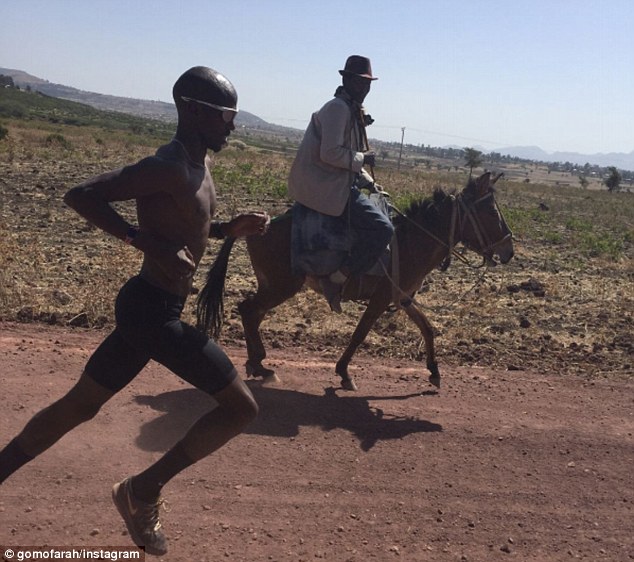 Farah recently reiterated his stance that he is innocent of any drug-related cheating and that he is happy for his historical samples to to be retested if to prove it.

The 33-year-old is in the spotlight after renewed attention following a leaked copy of a report by the United States Anti-Doping Agency (USADA), which raised new concerns over the methods used by Farah’s coach Alberto Salazar.

Eyebrows have been raised by a claim in the USADA report that Farah had received an infusion of L-carnitine – a legal substance, but only in certain small doses. 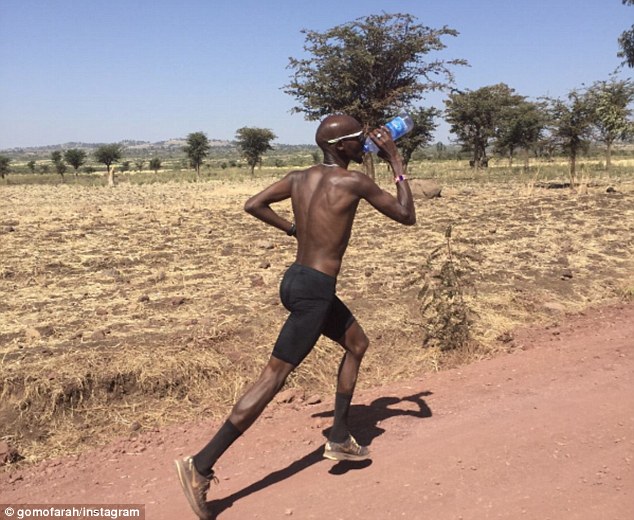 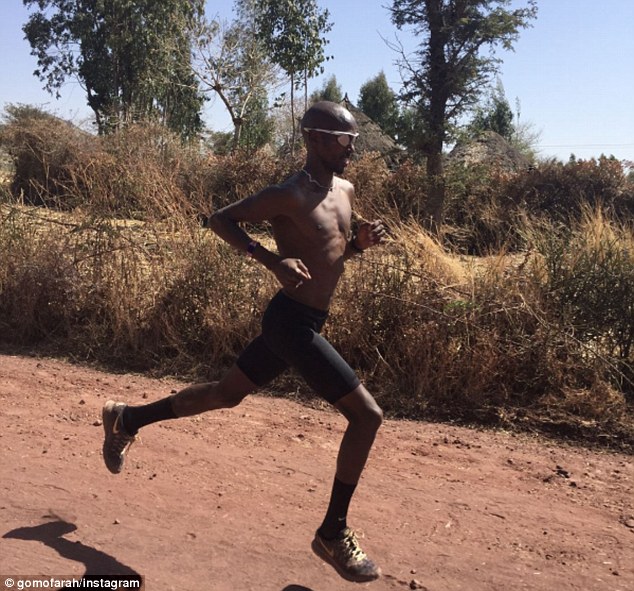 ‘I’m not aware of any request,’ Farah responded.

‘But as I’ve said many times, I’m happy to be tested anytime, anywhere and have any of my samples tested or retested now or at anytime in the future, by any official body.’ 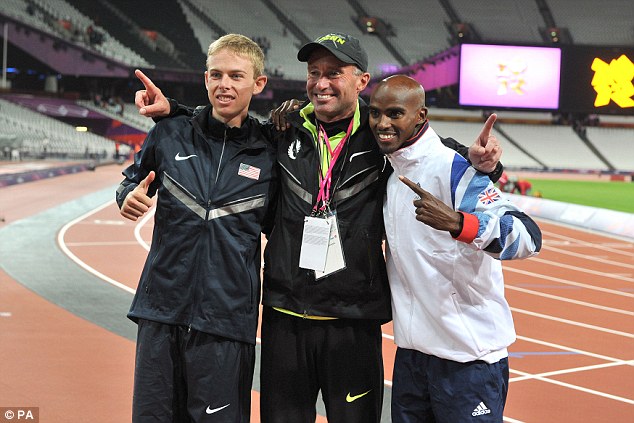