Melese Zenawie the genocidal dictator of Ethiopia came to power in 1991 baying arms with the money collected by Band Aid in mid 80’s. In 2010 he used famine aid money to intimidate the voters to maintain his power for life. Read here under how Band Aid tried to justify how he makes million on the back of million Ethiopian Dry Bones making discs. Bob Guldof and his group must face international investigation on his complicity with African dictator to suppress the famines. Surely he will face the international court of justice with his complicit Melese Zenawie. 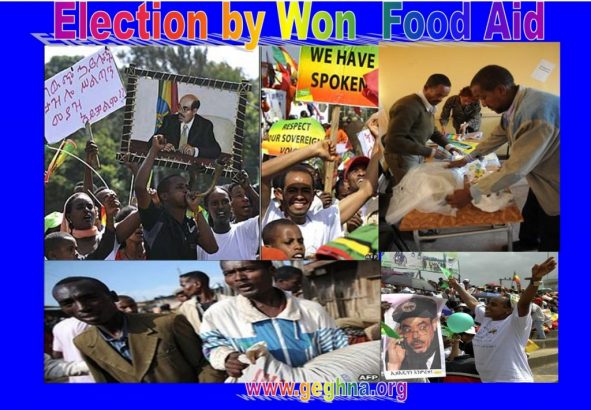 Since a criminal comes back on his crime scene, Melse and Bob Guldof continue cheating the whole world. One keeps his powers the other continuing his so called “Band Aid “to perpetuate the starving millions in misery. His disc was in bankrupt in mid 80′ when band Aid ingeniously saved him rather than the dying millions supposedly helped.