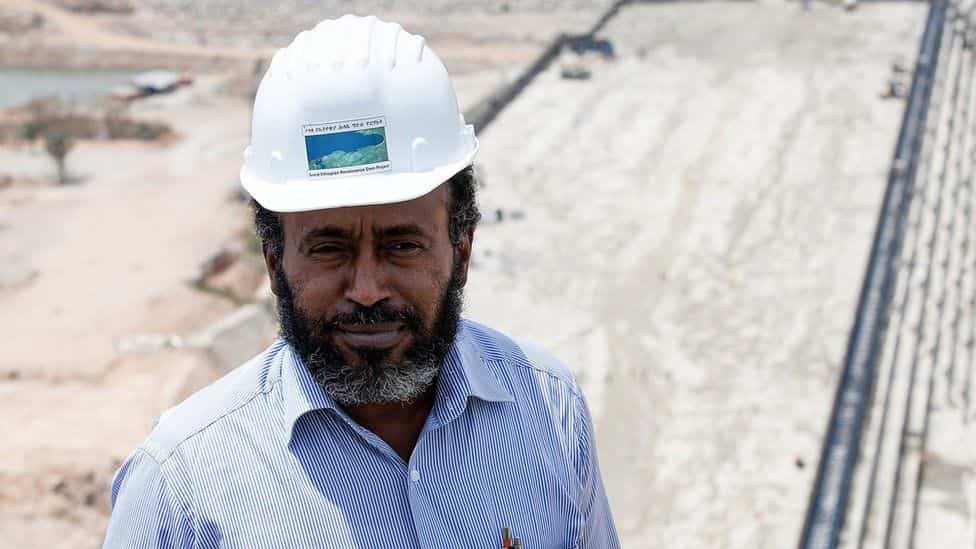 Engineer Simegnew Bekele is a national hero who went above and beyond the call of duty. He led the construction of the Grand Renaissance Dam with unwavering commitment and patriotic zeal. Ethiopia will forever revere and honor him. I am appalled by PM Abiy Ahmed’s reference of this hero extraordinaire simply as “a guy named” (“…የሚባል ሰውዬ”) as if he is referring to a unworthy person in the street.

The news swirling about the circumstances leading to the murder of Engineer Simegnew on the unfateful day of 26th July 2018 is very troubling. Since the commencement of the construction of the dam, deservedly, the engineer had a 24/7 security detail assigned to protect his safety. However, just one week before his murder, his security detail was stripped away by the Ethiopian National Intelligence and Security Service (NISS) recently reformed by PM Abiy exposing the engineer to danger. There are several eye witnesses who saw the dismantling of some of the closed-circuit TV (CCTV) cameras around Meskel Square few days before Engineer Simegnew’s murder. Eye witnesses also saw technicians reinstalling CCTV cameras in the same area two days after the engineer’s murder. This is curious and shows in the most unquestionable manner that the perpetrators had support from inside to hide their trace.

There are numerous lingering questions that must be answered. First off, why does PM Abiy Ahmed Ali want to delay the construction of the dam? Why was Engineer Simegnew stripped off his security detail? Who murdered Engineer Simegnew and why? Why did PM Abiy belittle our hero Engineer Simegnew as “የሚባል ሰውዬ” while honoring terrorists? We demand answer to these questions. We demand transparency in the investigation of this attack on our country.