In the time it takes for you to read this, hundreds more mothers and fathers in Kenya, Somalia and Ethiopia will be putting their children to bed hungry, or packing their belongings to move in search of food and safe shelter.

Desperately needed rains across the Horn of Africa have so far failed for the fourth consecutive time almost two months into the current rainy season, adding to fears that it could lead to the worst drought in 40 years in the region.

The UN has warned that if these conditions continue, the number of people facing hunger could rise to 20 million this year – leaving an estimated 5 million children acutely malnourished, including 1.6 million with severe acute malnutrition.

Concern is responding by supporting health clinics to deliver nutrition assistance and providing emergency cash transfers to affected communities. But the crisis will require a $4.5 billion commitment globally for an effective humanitarian response in the region.

Regrettably, it is a situation that could have been averted if donors and the international community had responded sooner. Aid agencies have been warning of the catastrophic consequences from the moment the long rains failed last year across the Horn of Africa, and have called for urgent action from as early as May 2021.

Sadly, we have now reached a point where what will shock us or get our attention are images of emaciated babies and animal carcasses. And that – I am sorry to say – is utterly repugnant.

Then, there was not much of an appetite for a response at a time when the situation was considered not to be severe. Sadly, we have now reached a point where what will shock us or get our attention are images of emaciated babies and animal carcasses. And that – I am sorry to say – is utterly repugnant. 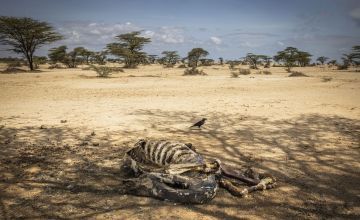 Health services out of reach

The scale of the crisis is difficult to comprehend, especially when you consider that health services in parts of the affected regions were already struggling to cope.

In Somalia, the health system is extremely fragile, as it is in Ethiopia’s Somali region which is the worst-affected area in the country. Kenya is much better placed with a stronger health system. But the region hit hardest is far behind the rest of the country.

The impact on the lives of vulnerable communities is devastating. It means that many malnourished children will not be reached in time and that lives will be lost.

The impact on the lives of vulnerable communities is devastating. It means that many malnourished children will not be reached in time and that lives will be lost. Many communities in the Somali region of Ethiopia and northern Kenya are nomadic – and with health services often delivered statically rather than through mobile clinics therapeutic treatment will be inaccessible for many hundreds of thousands of at-risk children. 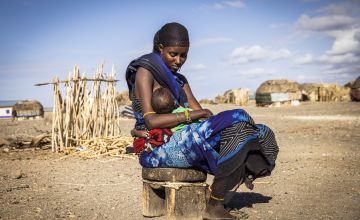 But it is not just the drought that has pushed us towards this catastrophe – a number of other factors have contributed, including the conflict in northern Ethiopia and a broken food system.

For instance, in Somalia at the start of the year, the temporary closure of a major food market in Mogadishu that served both the capital and southern Somalia sent prices soaring. That was just before the conflict in Ukraine impacted the world’s food supply chains, the effects of which have made it far worse for the poorest in Somalia, Ethiopia and Kenya to access staples like rice and flour.

In Kenya, the drought has given rise to inter-communal conflict, with livestock raids carried out in the northern part of the country over limited resources or a strategy of restocking after the loss of substantial numbers of cattle, goats and camels. 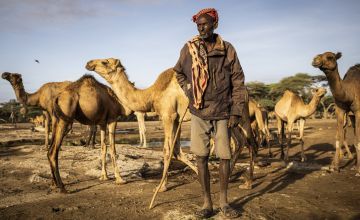 A region like Somali in Ethiopia is estimated to have lost 50% of its livestock. That means that the livelihoods of most people living in that area have been depleted or the source of their livelihood severely reduced. This has forced communities to adopt more and more negative coping strategies that will impact their ability to bounce back from the effects of the drought.

One of the most common is the sale of assets at a time when people will not get a fair return. They sell their livestock at a quarter of the price at market in order to buy food or meet other household needs.

Another coping strategy is protection-related – withdrawing children, particularly girls, from school to marry them off or sending them to work to earn a living.

Even without adopting negative coping strategies, the fact that people are facing a fourth consecutive failed rainy season means that many have already chosen to abandon what they traditionally did for an alternative livelihood, which may not be in their longer-term interest or their community’s when it comes to poverty eradication or escaping generational poverty.

Many have already chosen…an alternative livelihood, which may not be in their longer-term interest or their community’s when it comes to poverty eradication or escaping generational poverty.

Shockingly, we are fast heading to where we were in 2011. Many of us will remember the scale of the drought in East Africa back then, the number of lives lost, and the length of time it took the humanitarian community to launch an appropriate response and help support communities to the point where they could recover.

For families struggling to feed their children today in parts of Ethiopia, Somalia and Kenya, there is not a moment to lose. The response is already six months too slow. We must act now.