Alleged irregularities in key states of Michigan, Pennsylvania and Wisconsin prompt demands for audit amid concerns over ‘foreign hackers’

A growing number of academics and activists are calling for US authorities to fully audit or recount the 2016 presidential election vote in key battleground states, in case the results could have been skewed by foreign hackers.

The loose coalition, which is urging Hillary Clinton’s campaign to join its fight, is preparing to deliver a report detailing its concerns to congressional committee chairs and federal authorities early next week, according to two people involved. 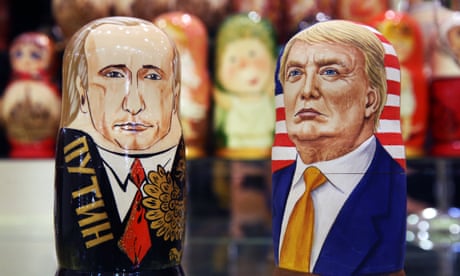 The new special relationship: what does Putin want from Trump?

The document, which is currently 18 pages long, focuses on concerns about the results in the states of Michigan, Pennsylvania and Wisconsin.

“I’m interested in verifying the vote,” said Dr Barbara Simons, an adviser to the US election assistance commission and expert on electronic voting. “We need to have post-election ballot audits.” Simons is understood to have contributed analysis to the effort but declined to characterise the precise nature of her involvement.

A second group of analysts, led by the National Voting Rights Institute founder John Bonifaz and Professor Alex Halderman, the director of the University of Michigan’s center for computer security and society, is also taking part in the push for a review, and has been in contact with Simons.

In a early on Wednesday, Halderman said paper ballots and voting equipment should be examined in Wisconsin, Michigan, and Pennsylvania, warning that deadlines were rapidly approaching.

“Unfortunately, nobody is ever going to examine that evidence unless candidates in those states act now, in the next several days, to petition for recounts,” he said.

The developments follow Clinton’s surprise defeat to Donald Trump in the 8 November vote, and come after US intelligence authorities released public assessments that Russian hackers were behind intrusions into regional electoral computer systems and the theft of emails from Democratic officials before the election.

Having consistently led Trump in public opinion polls for months preceding election day in all three midwestern states, Clinton narrowly lost Pennsylvania and Wisconsin, and may yet lose Michigan, where a final result has still not been declared.

Curiosity about Wisconsin has centred on apparently disproportionate wins that were racked up by Trump in counties using electronic voting compared with those that used only paper ballots. The apparent disparities were first widely publicised earlier this month by David Greenwald, a journalist for the Oregonian.

However, Nate Silver, the polling expert and founder of FiveThirtyEight, cast significant doubt over this theory on Tuesday evening, stating that the difference disappeared after race and education levels, which most closely tracked voting shifts nationwide, were controlled for.

Silver and several other election analysts have dismissed suggestions that the swing state vote counts give cause for concern about the integrity of the results.

Still, dozens of professors specialising in cybersecurity, defense, and elections have in the past two days signed an open letter to congressional leaders stating that they are “deeply troubled” by previous reports of foreign interference, and requesting swift action by lawmakers.

“Our country needs a thorough, public congressional investigation into the role that foreign powers played in the months leading up to November,” the academics said in their letter, while noting they did not mean to “question the outcome” of the election itself.

Halderman, the University of Michigan computer security expert, noted that this Friday is the deadline for requesting a recount in Wisconsin, where Trump’s winning margin stands at 0.7%. In Pennsylvania, where his margin is 1.2%, the deadline falls on Monday. In Michigan, where the Trump lead is currently just 0.3%, the deadline is Wednesday 30 November.

Senior congressmen including Senator Lindsey Graham of South Carolina and Representative Elijah Cummings of Maryland have already called for deeper inquiries into the full extent of Russia’s interference with the election campaign.

Nonpartisan experts and academics have been in communication with Democratic operatives and people who worked on Clinton’s bid for the White House, who are being urged to officially request recounts in states where a candidate may do so.

New York magazine reported that a conference call has taken place between the activists and John Podesta, Clinton’s campaign chairman.

Both Podesta and the acting Democratic National Committee chairwoman, Donna Brazile, have privately mused about the integrity of the election result, according to two sources familiar with the conversations.

Several senior Democrats are said to be intensely reluctant to suggest there were irregularities in the result because Clinton and her team criticised Trump so sharply during the campaign for claiming that the election would be “rigged” against him.

But others have spoken publicly, including the sister of Huma Abedin, Clinton’s closest aide. “A shift of just 55,000 Trump votes to Hillary in PA, MI & WI is all that is needed to win,” Hema Abedin said on Facebook, urging people to call the justice department to request an audit.

Alexandra Chalupa, a former DNC consultant who during the campaign investigated links between Moscow and Trump’s then-campaign manager Paul Manafort, is also participating in the attempt to secure recounts or audits.

“The person who received the most votes free from interference or tampering needs to be in the White House,” said Chalupa. “It may well be Donald Trump, but further due diligence is required to ensure that American democracy is not threatened.” 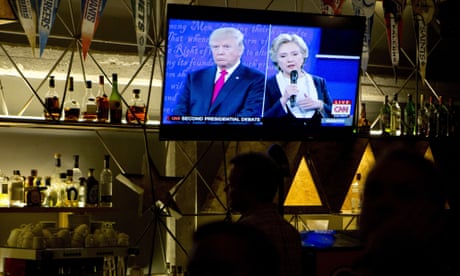 Apathy and ‘nonviolent anarchism’: why did millions of US voters sit out the election?

According to people involved, activists had previously urged Jill Stein, the Green party presidential candidate, to use rules in some states allowing any candidate on the ballot to request a review of the result. Stein is understood to have declined, citing in part a lack of party funds that would be required to finance such a move.

In a joint statement issued last month, the office of the director of national intelligence and the department for homeland security said they were “confident” that the theft of emails from the DNC and from Podesta, which were published by WikiLeaks, was directed by the Russian government.

“Some states have also recently seen scanning and probing of their election-related systems, which in most cases originated from servers operated by a Russian company,” the statement went on. “However, we are not now in a position to attribute this activity to the Russian government.”

Asked on Tuesday whether the agencies had confidence that the election itself had been secure, a spokesman for the office of the director of national intelligence said: “Our colleagues at the department for homeland security are best positioned to address this.”

A spokesman for the department for homeland security, however, did not respond to requests for comment.

… we have a small favour to ask. More people are reading the Guardian than ever but far fewer are paying for it. And advertising revenues across the media are falling fast. So you can see why we need to ask for your help. The Guardian’s independent, investigative journalism takes a lot of time, money and hard work to produce. But we do it because we believe our perspective matters – because it might well be your perspective, too.

Fund our journalism and together we can keep the world informed.