“When you give yourself permission to communicate what matters to you in every situation you will have peace despite rejection or disapproval. Putting a voice to your soul helps you to let go of the negative energy of fear and regret.” ― Shannon L. Alder 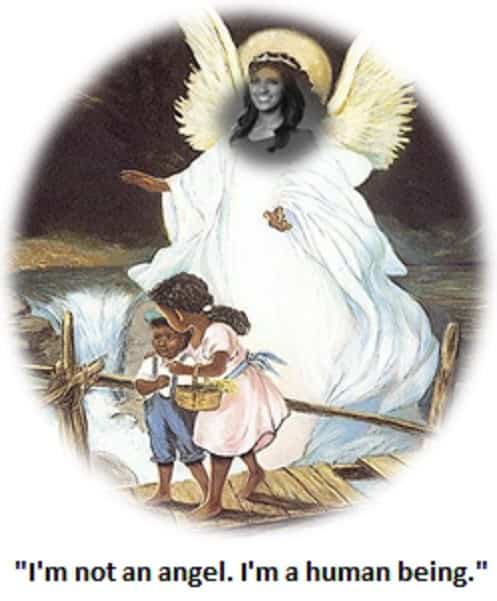 After making the beast TPLF dysfunctional, Ethiopians should be given an opportunity to vote whether to keep Tigray in the union. And also Tigrayans should be granted their wish, including secession based on Ethiopia’s constitution the terrorist TPLF imposed.

I have reached this conclusion because now I fully understand that the TPLF’s cronies and hired thugs are obstinate and self-willed. The die-hard pro-TPLF doesn’t care about Tigrayans a.k.a. Tegarus. Ordinary Tigrayans who support the TPLF in the diaspora are indoctrinated. Consequently, they suffer from, among other things, lack of self-awareness, the TPLF a.k.a. woyane-supremacy, independent thinking and hatefulness. For instance, they are prejudiced against the Amhara, Adal, Oromo and white people.

To illustrate, the Ethiopian Orthodox Church has nine saints who came from the Roman Empire, including Abuna Aregawi, who was a Syrian monk. Some defined Syrians as Arab and others as White. Regardless of his race or color Ethiopians, including Tigrayans see him as their saint. He is Tigrayans’ most popular saint. Consider watching Debre Damo.

Conveniently ignoring that Ethiopians are known for respecting people: Asians, Arabs, whites etc. and Ethiopians are fabled for not bowing down to anyone, the TPLF’s stooges via their tweets bullied me that I was worshipping whiteness of a Portuguese woman named Ana Gomes – who was a Member of the European Parliament – just because I praised her as my ferenji a.k.a. white angel in my tweet for her superb contribution to make the Ethiopian government democratic.

Those who made “thinly coded” sardonic racist remarks and emojis to ridicule and to mock me appeared as those the TPLF’s supporters who bray and roll in the streets at the Whitehouse begging the most powerful white man – President Joe Biden – to rescue their masters, the TPLF’s monster warlords hidden in caves around Tigray’s canyons.

Just so they know

First, I don’t beg anyone, including Biden, to save Ethiopia from disintegration. I let him know that he cannot legally balkanize or bomb Ethiopia; though I know, he is capable of conspiring with the European Union and NATO and A-bomb Ethiopians with impunity.

Second, after I learned Secretary-General of the UN António Guterres was a teacher, I address him as Teacher António when I tweet him. I do that to show him my respect and to let him know he is a good man.

Third, in October 2016, I crowned Sharon Gray, who had as white a skin as one could possibly have, as Ethiopia’s New Guardian Angel in my article titled, Honoring the Life of Sharon Gray, Ethiopia’s New Guardian Angel! I did that for several reasons, including I was heartbroken with her tragic death. And also what she was trying to do with her life made me believe she transcended traditional racial boundaries.

I adore Ethiopia and America

I’m not a Tegaru. I’m an Ethiopian. I respect freedom of speech. So I accept everyone’s right to love or hate anyone, including me, my Ethiopia and my USA. But no one has the right to touch me, to bully me and I’m against balkanization of a state inclusive of Ethiopia and the US.

I speak my mind tactfully because of myself, including my friends, families, neighbors, persists, teachers, colleagues, writers, artists and some I crossed-paths taught me, among other things, morality, ethics, self-confidence, courage, respect for others and myself. I always own my body, mind and soul because they have enabled me to have the moral strength to not let anyone manipulate my mind and to do what I think is right such as publicly acknowledging Hermela Aregawi’s spirit, which I have been observing in her tweets for a few weeks, is to die for.

For instance, she declared “There are no bullies like the Tigrayan activists bullies. I wonder do you have a cause at all. ‘cause let’s see how far we can get [away] with the lies we tell because at this point you guys really don’t care about the millions of people that are stuck in this nightmare.”

She announced “You just care to fuel a war sitting from your comfortable seats. You don’t care; aid is being redirected for war. You don’t care so many people, in the thousands, are dying, and you are contributing to that. So you don’t have a cause which is why you redirect your anger to me…. [Quote this author attributed to the TPLF’s activists “Hermela you’re a banda a.k.a. traitor; you aren’t Tegaru anymore. Are you kidding us that we don’t have a cause? We have a cause which is to balkanize Ethiopia at any cost and then to rule and loot Ethiopians.”]

She conveyed “Honestly, you’re just messing up your personal karma.” Source1: transcript of a video posted on Twitter by ኢትዮጵያውያን Flag of Ethiopia Flag of Eritrea, alias @ForEthiopia4. The writer grouped the transcript into paragraphs and added the punctuations.

She also asserted “I’m not intimidated. It’s not gonna stop me from telling the truth that affects millions of people. But to bring not that you guys care for the truth. But let’s set a few things straight.”

She proclaimed “Wow! I know it’s a crazy concept for some of y’all. In this toxic culture that says if we don’t all say the same thing that we’re bandas [traitors]. Or you label people that have different opinions. It’s sick really. It’s cold!” Source2: transcript of YouTube video titled, Hermela Aregawi States her stand about Tigray crisis. The writer grouped the transcript into paragraphs and added the punctuations.

Hermela, because I had observed your tweets intent and have noted how the TPLF’s activities are mistreating, insulting and bullying you on social media, I have discovered that I can love or hate one much more than one can love or hate me.

In conclusion, the pro-TPLF advocates, including Siye Abraha (he fooled me once by appearing a changed man) if you wouldn’t love and appreciate this article’s spirit and Hermela’s psyche, then I fell the TPLF should GO TO HELL!  There ain’t nothing I need from y’ll! I HAVE HAD IT!

Hermela, my new living black Tegaru angel, for letting your audience know your situation and facts, I admire and appreciate you and see you as a Spiritual Child of Abuna Aregawi, the honorable Tigrayan people’s most popular saint. I pray for the world’s peace, including Ethiopia. Please accept this offer that you are my new living black Tigrayan angel.

I dedicated this article to a person who has full ownership and authority of her/his psyche as Hermela Aregawi a.k.a. @HermelaTV.