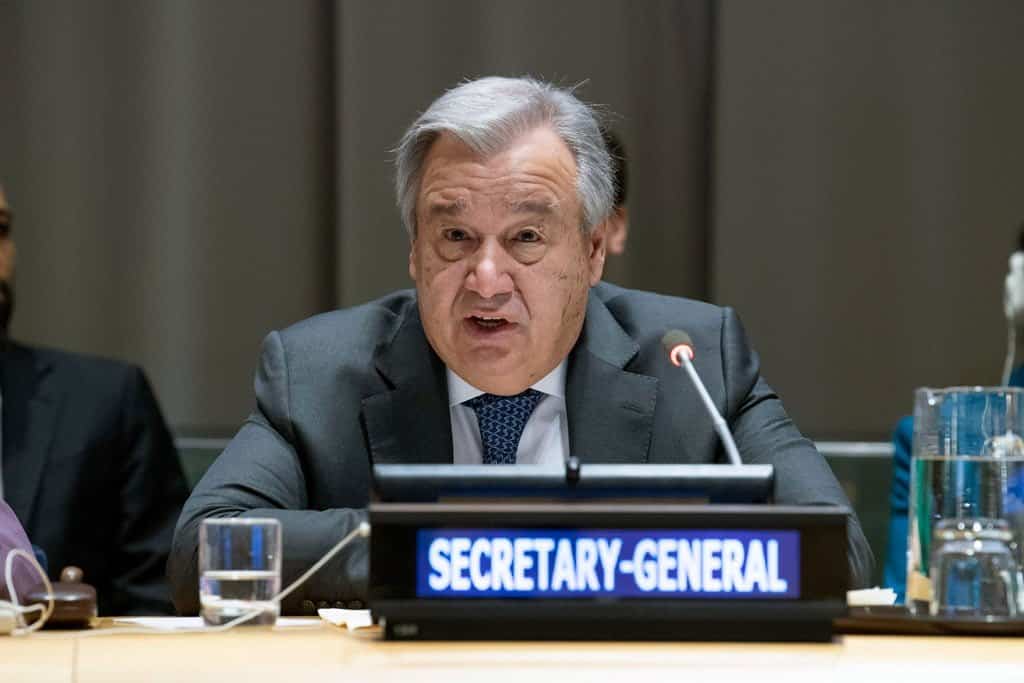 Re: Genocide and Crime Against Humanity being committed by Tigray People’s Liberation Front (TPLF) on Amhara and Afar ethnic groups in Ethiopia.

We, people of Amhara origin who lives in Europe and North America would like to bring to your attention the grave violations and atrocities committed by the Tigray People’s Liberation Front (TPLF) against the Amhara and Afar people in Ethiopia in the last nine months. The TPLF was the dominant party in the EPRDF coalition that ruled Ethiopia for the last 27 years but was pushed out of power in 2018 by a massive popular protest.

We are aware that the UN Security Council convened about 8 meetings since December 2020 to address humanitarian situations in the Tigrai region. In your remarks on 2 July 2021 at the UN Security Council meeting on situations in Tigray, you called upon the conflicting parties to end hostilities without any preconditions and commence negotiations for a lasting ceasefire.

The Ethiopian Government declared a unilateral ceasefire on 28 June 2021 to create a peaceful environment for Tigrai farmers to engage in their seasonal farming and to facilitate unfettered access to the delivery of humanitarian assistance for the people of Tigray.

The TPLF, who are designated by Ethiopian Parliament as a terrorist organisation, called the ceasefire “a joke.” In the ensuing weeks, the terrorist organization crossed the Tigray Administrative boundary and openly invaded the Amhara and Afar regions, committing atrocious genocide and ethnic cleansing. The Telegraph newspaper opined that it amounts to crime against humanity.

Based on the field reports produced mainly by international media and witness statements of surviving victims of the war, we would like to highlight below some of the on-going atrocities committed by TPLF.

On 20th September 2021 the TPLF fighters carried out house to house killings, blazing residential homes in and around Kobo town in North Wollo Amhara region.

The Ethiopian Human Rights Commission (EHRC) on Sunday has said that it has received reports of a massacre of civilians in Kobo town which is located about 50 kilometres northeast of Woldiya town. Social media sources with links to the Kobo area of North Wollo reported that well over 600 civilians have been killed and many more wounded.

On 9th September 2021 the TPLF destroyed a big hospital in South Gondar zone, Amhara Region. As reported by the hospital medical doctors at Nefas Mewucha, the district hospital was shelled by TPLF forces destroying medical equipment, medicines and medical facilities leaving patients with vulnerable and long-term medical conditions with no vital medical service. The TPLF terrorists looted what was left in the hospital.

On 5th August 2021 TPLF took control of Lalibela Town, South Wollo zone, Amara Region. They took control of the historic Lalibela church, a 12th century rock hewn Orthodox church which is a UNESCO World Heritage Site. The TPLF terrorists have seriously damaged the historic church and looted its priceless religious artefacts. Ethiopian Orthodox Christians have considered this as a direct assault on their religion. UNESCO and others have expressed concerns for the safety of this historical church.

On 9th August 2021, genocide was committed on unarmed and peaceful Afar civilians at Glaucoma Community, Afar Region. The war displaced families sheltered at a health centre and a school at Glaucoma village in Afar region. According to the statement made by Henritta Fore, Executive Director of UNICEF dated 9 August 2021 240 peaceful civilians including 107 innocent children were massacred by the TPLF terrorists in an unprovoked attack. The terrorists burnt down homes, Schools, health facilities and killed domestic animals and looted properties.

On 17th August 2021 genocide was committed on Agamsa civilians in Northern Wollo zone, Amara Region. An investigative report conducted by The Telegraph media revealed that TPLF forces systematically destroyed Agamsa village and indiscriminately shelled civilian areas in a series of horrific attacks on the community. They have destroyed the small rural farming community of Agamsa.

On 26th August 2021 Woldiya town in Northern Wollo, Amara Region TPLF terrorists massacred civilians and destroyed the hospital, the football stadium, the university, and the branch campus in Mersa town. At present, key social development institutions are all out of service and their properties looted and damaged by the TPLF terrorists.

On 31st August 2021 the historical church, Felege Tsehay Checheho Medihanealem Cathedral, situated in South Gondar zone, Amhara region was destroyed by the TPLF. As reported by the Federal Broadcasting Corporation of Ethiopia on 31 August 2021, the TPLF terrorist forces destroyed the historical church and heritage sites of Felege Tsehay Checheho Medihanealem Cathedral. It was established in the third century and holds various invaluable historical and religious heritages. Custodian of the Cathedral, Merigeta Abraraw Melesse said that forces of the terrorist group fired heavy artilleries against the church and annihilated the buildings and the priceless treasures inside it. The terrorists looted all what was left in the church.

On 31st August 2021 again, USAID warehouses were looted. Nutritious high energy food that was supposed to be distributed to those in need in the Tigre region was caught in the hands of captured TPLF soldiers in South Gondar front. Sean Jones, USAID mission director in Ethiopia confirmed that the TPLF looted USAID warehouses.

On 18th July 2021 the Afar-Tigray route was blocked by the TPLF. This route has been serving as the major supply line for humanitarian assistance for Tigray Region. Ironically TPLF reportedly opened fire as about 60 trucks carrying humanitarian food and non-food items were heading to the Tigray region from Afar. This route has been blocked by the TPLF terrorists as the direct consequence of their invasion of Afar region.

On November 2020, TPLF committed genocide against the Amhara people at Maikadra, a town in north western part of Ethiopia. According to a report by Amnesty International, more than 1000 ethnic Amhara’s were massacred by Tigrayan youth group called Samre who were organised and directed by the TPLF. This genocide was also reported by the Ethiopian Human Right Commission (EHRC).

The stated objective of the unilateral ceasefire by the Ethiopian Government was to create a peaceful environment for Tigrayan farmers to get on with their work during the farming season. It was also intended to provide an opportunity for peace in the region. One would expect that the TPLF would reciprocate the action ushering the return to normal life in the region. Unfortunately, the turn of events proved to be on the contrary and the outcome disastrous.

The TPLF force crossed its regional boundary and invaded the adjoining Amhara and Afar regions and massacred thousands of unarmed and peaceful Amhara and Afar civilians and displaced more than one and half million people with no support reaching the victims either from the Ethiopian Government or international community. The internally displaced people in the two regions are only dependent on their daily food supply from local people which is neither sufficient nor sustainable. The people in need of assistance are overwhelming and if help is not provided it could result in starvation and famine.

As health facilities in those regions have been destroyed and all medicines and medical equipment looted by the terrorists, the most vulnerable people such as children, pregnant women, the elderly and those with long term health conditions will be left with the greatest risk.

We are gravely concerned that the UN, the West and International Community have failed to address the humanitarian and protection needs of the Amhara and Afar people that are subjected to genocide and ethnic cleansing.

Mr Secretary-General, we kindly request that you use your international influence to provide the urgent humanitarian assistance and protection that the Amhara and Afar people desperately need. We would also like to urge you to dispatch a fact-finding mission to the war affected regions of Ethiopia in order to hold the perpetrators of this crime accountable.

We very much appreciate your urgent attention.