BY HARDIN LANG AND VICTORIA K. HOLT
The Hills 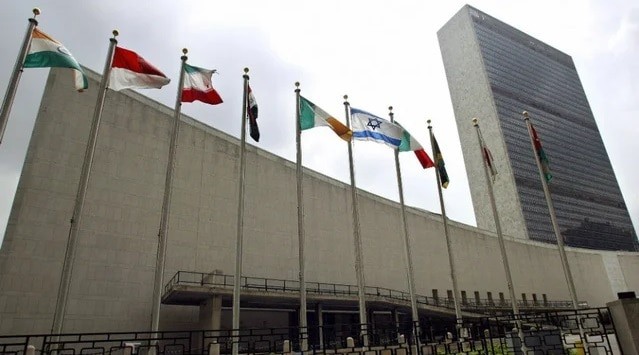 Since taking office, President Biden has prioritized the return of the United States to the world stage and strengthening alliances. Confirming the president’s newly minted U.N. Ambassador, Linda Thomas-Greenfield, was a critical first step to show that America is indeed back at the table. But now the hard work at the United Nations begins and the first priority needs to be paying our $1.1 billion in overdue bills to the U.N.

That money is owed to other nations, mainly for peacekeeping missions that America supports. In fact, in 2014, then Vice President Biden chaired the inaugural U.N. Peacekeeping Summit where he stressed that “men and women sometimes from halfway around the world risk their lives to protect peace.” Similarly, during his tenure in the Senate, Biden cautioned against shortchanging peacekeeping. The U.S. supports these missions with U.N. votes, so, “our financial support should be in harmony with our policy,” he said.

We agree with President Biden. Over the last four years, a significant portion of U.S. financial obligations to the U.N. went unpaid. The American withholdings affected all parts of the U.N. system, especially peacekeeping, where unpaid U.S. commitments now top $1 billion. The U.N. has pooled funds and delayed reimbursing nations that send troops, but the financial strain is undermining the ability of blue helmets to keep the peace.

Why does all this matter?

First off, peacekeeping works. We have spent decades working in and on peace operations. Academic research demonstrates that peacekeepers limit the amount of violence in civil wars. They reduce the number of people killed and the length of conflict by almost half. And they make conflicts easier to end. Recent studies that examined civilian deaths in civil wars in sub-Saharan Africa found that without peacekeeping troops, average monthly civilian deaths totaled 106. But where at least 8,000 U.N. troops were present, civilian deaths dropped by 98 percent.

Second, peacekeeping helps reduce suffering by preventing greater population displacement. This matters in a world where some 80 million people are seeking refuge in neighboring communities or countries. Researchers have found that by reducing armed conflict, peacekeeping missions reduce the need for people to flee.

Fourth, peacekeeping is a good deal for the U.S. Two studies by the U.S. Government Accountability Office have said so. In fact, peacekeeping operations cost at least eight times less than deploying U.S. troops into crisis zones. The U.S. sends fewer than three dozen uniformed peacekeepers to serve in U.N. missions. But our allies from Africa, Asia, Europe and Latin America provide thousands. When we fail to pay our dues, we shortchange our partners for their contributions.

Fifth, the United States is ceding ground to its geo strategic competitors. China is now the second largest funder of peacekeeping and the only member of the U.N. Security Council to be a top 10 troop-contributing country. When we build up arrears and fail to pay our dues, we also diminish our standing and give China more say over the future of peacekeeping. Over the last four years, China has volunteered to pay more and increased its influence within the United Nations, changing the narrative on human rights and protection of civilians at the Security Council. For the U.S. to counter China’s influence, we need the credibility that comes with paying our bills.

As Ambassador Linda Thomas-Greenfield said during her confirmation hearing, “Not paying our bills really does diminish our power and it diminishes our leadership. We need to pay our bills to have a seat at the table…We know that when we cede our leadership, others jump in very quickly to fill the void and we need to make sure that we’re there to push back on those who would have malign intentions at the U.N.”

Settling our arrears strengthens U.S. legitimacy at the U.N. and around the world. It allows us to work with our partners and allies to tackle global challenges and find opportunities with our adversaries to craft solutions to promote global security and stability. If America is going to lead again on the global stage, it is time to pay our U.N. bill.

Hardin Lang is vice president for Programs and Policy at Refugees International and has served in six United Nations peacekeeping and humanitarian field missions. Victoria K. Holt is a vice president at the Stimson Center and formerly served as the deputy assistant secretary of State for International Security in the Bureau of International Organization Affairs (IO) at the U.S. Department of State (2009-2017).