By Zecharias Zelalem
and  Will Brown/CREDIT: The Telegraph 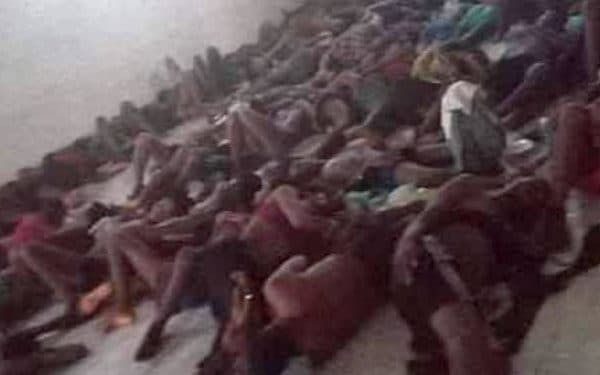 The vote to censure the kingdom comes a month after an investigation by this newspaper found thousands of men, women and children locked up to stop the spread of coronavirus were being forced to sleep and eat in their own faeces.

Harrowing footage captured on smuggled phones by the migrants in August shows hundreds of emaciated Ethiopian men at various stages of dehydration, heatstroke, and starvation.

Other photos show migrants with scars and wounds from beatings and torture and disfiguring skin infections. Some images, too graphic to publish, show the bodies of migrants who appear to have died from dehydration, disease or suicide.

The condemnation is a major blow to the Gulf kingdom’s international standing.

The resolution was passed by members of the European Parliament (MEPs) in Brussels on Thursday afternoon, after a fiery debate where criticism rained down on the Gulf kingdom from across the European political spectrum.

“Imagine the cruelty of being put in detention camps with thousands and thousands, chained… and using cell floors as your bed. For migrant workers from Ethiopia in search for a better future, this is the day to day reality,” said Samira Rafaela, a Dutch MEP.

“Saudi Arabia has spent billions on PR to try and convince the world it respects human rights,” said Marie Arena, a Belgian MEP.

“We will not be fooled… this country does not know what human rights means,” she said in an impassioned speech.

Urtasun Ernest, a Spanish MEP, said that the European Parliament wanted to send a clear message and reduce cooperation with Saudi Arabia, downgrading the EU delegation at the G20 summit in Saudi Arabia next month.

“It was clear that MPs shared the belief that the continuous abuse of Ethiopians in detention centres is unacceptable.”

The Telegraph understands that the condemnation vote was kept top secret until the last minute because some EU officials feared they might be targeted by hackers.

One senior EU official said just 24 hours was enough time for powerful Saudi lobbyists to coerce some MEPs into stopping the condemnation in its tracks.

The draft version of the resolution contains a damning catalogue of egregious human rights abuse allegations by the regime of the Crown Prince, Muhammad Bin Salman.

The document calls on Saudi Arabia to “immediately end torture and other ill treatment” of tens of thousands of Ethiopian men, women and children who have been stuck in detention facilities there for months on end.

It calls for the immediate release of the migrants, demands an “independent and impartial investigation” into allegations of torture and deaths in the centres, and asks for EU representatives to be given access.

Saudi authorities pledged to investigate conditions at migrant detention centres in early September. But since then, migrants say they have been handcuffed to each other at the ankles, stripped naked and kept without food or water for 24 hours as punishment for trying to communicate with the outside world.

Last week, a report by the rights group Amnesty International said that inmates were subjected to electric shock torture and that pregnant women were also being detained in woeful conditions. The rights group said they had heard about the deaths of at least five children and newborns.

“It was evident for anyone who read the reports and watched the videos that the situation these poor migrants are in currently is unspeakably horrible,” Urmas Paet, an Estonian MEP, who is understood to be the main architect of the resolution, told the Telegraph.