Prior to the introduction of European form of theatre in Ethiopia, people use dance, story-telling, dialogue and role play in various social engagements. Most of the social engagements involve many dramatic elements that are used as a basis for writing and directing different Ethiopian theatres. Yearly ceremonies like Shadey and Ashenda in Amhara and Tigray and Meskel[i] in Guraghe, Kaffa, and Wolaita among Orthodox Christians have, for example, significant dramatic elements in their performances. Such forms prevailed for a long period of time as means of expression among the society. European form of theater in Ethiopia was introduced by Teklehawariat Teklemaryam, who studied in Russia and travelled to Europe around the beginning of the 20th century. After his return to Ethiopia, he decided to write a play to familiarize the art of theater and teach the then monarchy about government administration and criticize the corruption status of the leaders. Aboneh Ashagre wrote the amazing incident that inspired Teklehawariat to write a play: –

Heruy Wolde Selassie, Mayor of Addis Ababa at the time, invited Teklehawariat to watch a theatrical performance. Teklehawariat accepted the invitation and was present at the Terrace Hotel (the present Mega Amphitheater) together with members of the royal family and the nobility. The mayor went on to the stage and explained that the day’s theatrical performance was to be staged by the theatrical association of young Ethiopians. The show then started with musicians playing the “Medina” and “Zelesegna”, (traditional religious music). A musician then appeared with his masinko (a traditional one-stringed musical instrument) singing in “kine”, (music using language with hidden meanings) which the audience found very funny and entertaining. Lastly, a female artist performed the eskista (traditional shoulder dance). Such an organized performance was a new experience to the audience which discussed the performance loudly. To TekleHawariat, however, it was clear that much was missing. He was disappointed with the lack of ventilation and stage lighting as well as with the commotion he observed. What was even more disappointing for Teklehawariat was that what was staged that day was declared a theatrical performance. (Aboneh, 2012)

After this incident, Teklehawariat wrote the first play entitled Fabula:Yeawerewoch Comedia (Fable: the Comedy of Animals) and staged it at Terrace Hotel in the capital Addis Ababa in 1921. It wasn’t a good success. Due to its satirical nature on the then monarchy and its comment on the corruption and backwardness of the country, Empress Zewditu[ii] immediately ordered to ban the performance and confiscate published copies of the play (Aboneh, 2012. Jane, 1996).

The first play was a trailblazer in introducing a European form of theater in Ethiopia. After Teklehawariat’s play, many playwrights in the 1930’s continued the journey to write Ethiopian stories in European form of play writing. Among the prominent ones are Yoftahe Negussie and Melaku Begosew whose plays made theater to be a popular art among the newly established schools in the capital. The schools, at the end of their academic year, started to use theater as a means of entertainment and to deliver messages to students and their parents.

Beyond the school performances, the Hager Fikir Theater, the first theater in Ethiopian, was established to motivate patriots and the general public for the second Italo-Ethiopian war (1933-1938). The founder, Mekonen Endalkachew, promoted the use of music and sketch plays to attract the audience for his motivational speeches every Sunday. The plays are improvised based on the main issue of every Sunday’s gatherings. During the Italian occupation, all cultural performances “were put a halt. Books were burnt, schools closed and vernacular cultural production heavily censored as Mussolini sought to set up an apartheid-based colon.” (Plastow, 1996). After the Italians left the country, the halted theater performance started to develop in to a more comprehensive manner. In 1956 the Ethiopian National Theater was built and inaugurated in the presence of Emperor Haile Selassie (1930-1974). The Municipality Theater was built under the building of the Addis Ababa Mayor’s office and started to show performances written and directed by Ethiopian playwrights and directors.

The Emperor Haile Selassie period was marked by the expansion of the concept and popularity of theater in Ethiopia. Three people are mainly responsible for expanding and making theater a popular art during the 1940’s and 50’s; Yoftahe Negussie, Melaku Begosew and Eyoel Yohanes. Through their popular performance, they were able to expand the idea of theater and performance art in Ethiopia. Around the late 50’s young Playwrights, who later become prominent figures of Ethiopian theater, joined the theaters and produced plays that become very popular among the capital city audiences. The names that stand out among them are Tsegaye Gebremedhin, Mengistu Lema, Tesfaye Gessesse, Abate Mekuria, Debebe Eshetu and Wegayehu Nigatu. Most of them “encountered drama via secondary and higher education, and who in some cases subsequently travelled abroad specifically to study drama techniques.” (Plastow, 1996). 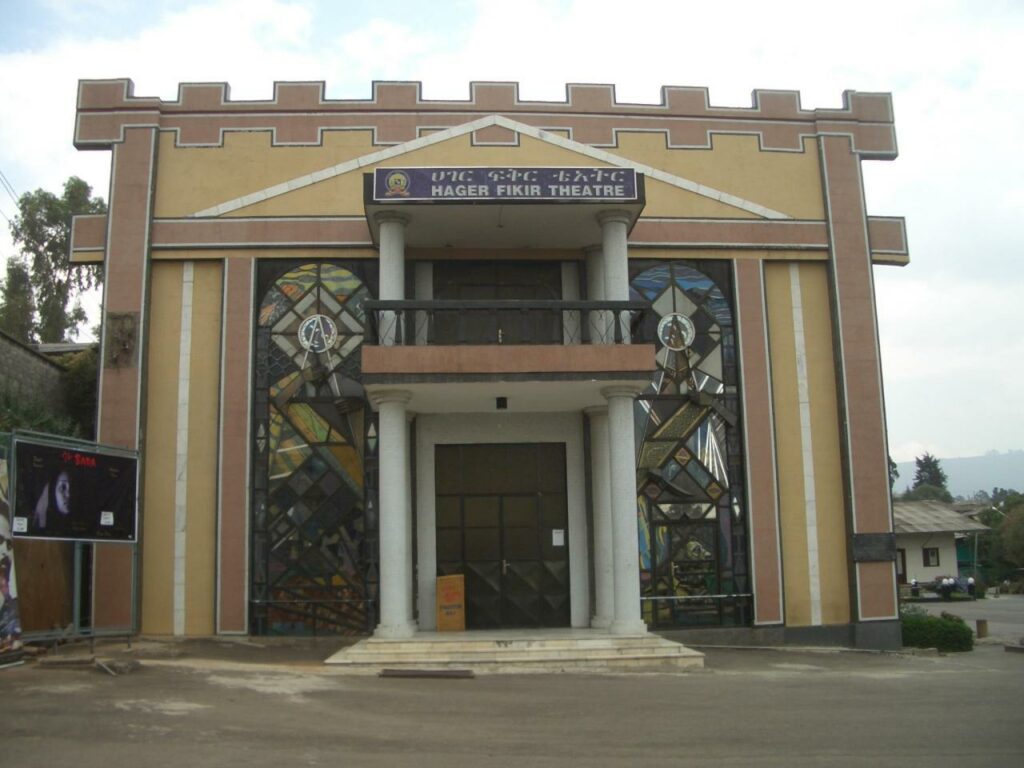 Thematically, the early plays were known to include moralistic themes and are influenced by the church education and practices. They stress the importance of protecting once country and religion and be obeyed to the king and his rule. The later playwrights in the 1960’s started to challenge such notions and followed a more European realistic forms showing the life of the ordinary citizen. New methods of writing and directing plays were introduced in the Ethiopian theater.

THEATRE AND THE REVOLUTION

In 1974, the Derg military Junta overthrow the Haile Selassie regime and established a military and socialist government. Due to this political change, the themes, presentation and promotion of theater was changed. Playwrights started to write plays that promote the idea of the revolution and motivate the people to safeguard its victory. Those young playwrights during the Haile Selassie regime now controlled the theater scene and promoted a more realistic form of staging plays. Unlike the Haile Selassie regime, the art became in a full control of the government and censorship become a new mechanism for the ruling military government to control the artistic productions. Theater productions were part of the control and restrictions. Beyond promoting the idea of socialism and state power, the plays showed different societal issues.

During the regime, the theater was characterized by promoting young actors, more female performers who were not, culturally, allowed to perform during the Haile Selassie regime, translation of different well known western plays, opening of the Department of Theater Arts at Addis Ababa University,  the beginning and expansion of Kinet (a small ensemble of performers who stage different cultural music and sketch plays. Kinet were well know specially in the cities outside of the capital Addis Ababa), and the increase of theater houses from three to five in numbers. Such development, however, was seen despite the government’s tight control of the writing and production of plays. 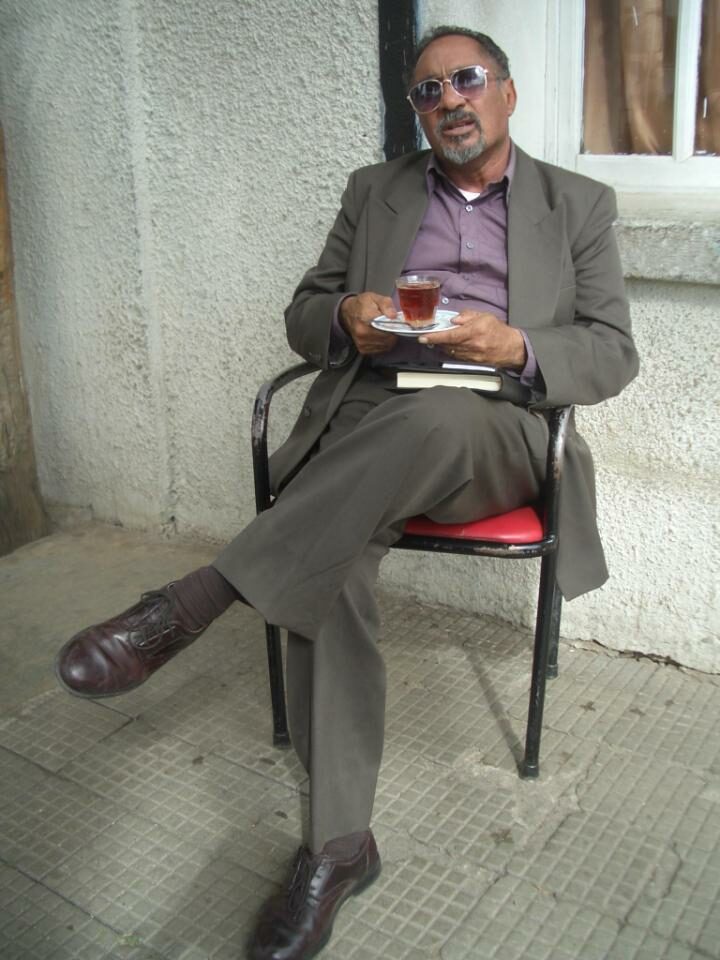 In 1991, EPRDF[iii] overthrow the Derg and controlled state power. With the change of the political structure, the themes and behaviors of the theaters also changed. The new constitution ratified in 1995 granted a full right to “to express, to develop and to promote its culture’ (FDRE,1995). Despite such law the theaters houses were controlled by the government, hence controlling their themes and presentations. The plays are based mainly on different societal issues. Graduates of the Addis Ababa University Theater Department controlled the theatre scene as actors, playwrights, directors and manager and helped to develop the industry in a more professional manner. Theater practitioners like Manyazewal Endashaw, Getnet Eneyew, Fesseha Belay Yimam, Astatkachew Yihun, Kurabachew Deneke, and Elizabeth Melaku played a significant role in promoting the art of theater in different perspective. Culturally appropriate theaters emerged as one means of promoting Ethiopian theater. Fesseha Belay Yimam was known to mix cultural performance forms with European form of theater making. His plays like Semegn Sentayehu (Simegn Sintayehu,1985), Hod Yifjew (To Keep the Secret, 1988) and Alekash Ena Zefagn (The Mourner and the Singer, 2017) won great critical acclaim for their successful incorporation of cultural elements. Since its introduction, the language of theater in Ethiopia has been Amharic, the main language spoken by the majority of Ethiopians. After 1991, theater started to be staged by other languages like Oromiffa and Tigrigna. Beyond the popular realistic form of theater, there were some attempts to experiment with different forms of staging plays. Manyazewal Endashaw’s experimental theaters were part of the late 1980’s and early 1990’s theater scene that are mainly known for their experimental features. His experimental theater directing styles were unusual to the Ethiopian theater audience but still received critical acclaim from its audience. 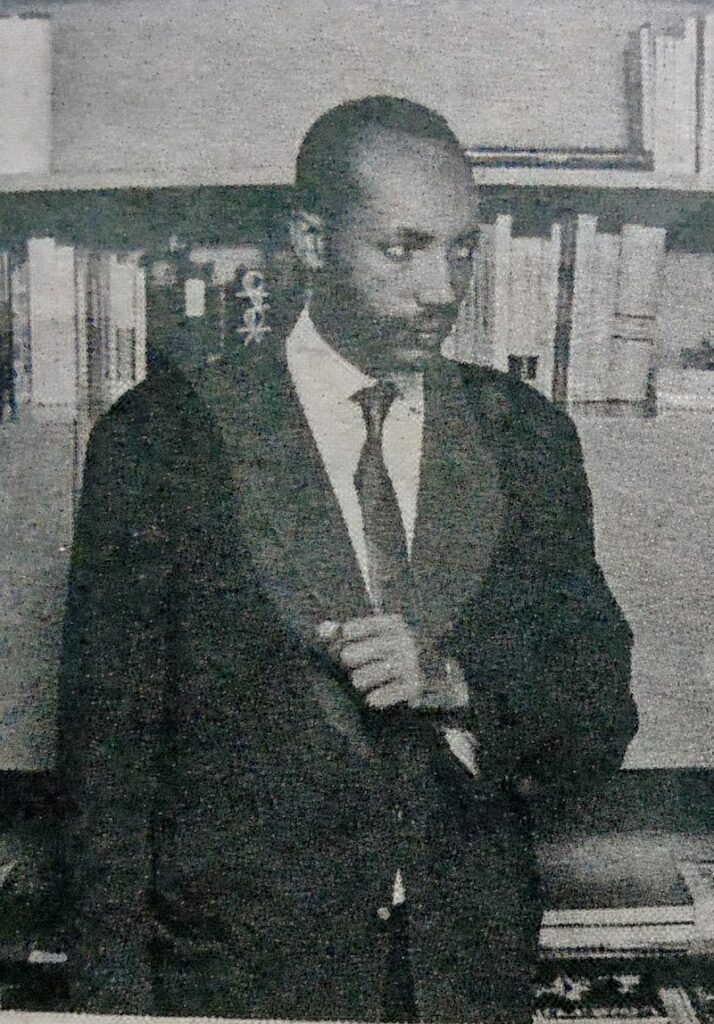 PROMOTING WOMEN ARTISTS TO THE STAGE

EPRDF’s time is also known for promoting women artists to the stage. Many well-known actresses started to shine on the stages of Addis Ababa. Women directors, playwrights and theater managers shared the theater industry and contributed immensely for its development. Leading theater professionals like Gemanesh Solomon, Alemstehay Wedajo, Elisabeth Melaku, Meaza Worku and Azeb Worku played significant role as playwrights, directors, actors and theater managers. With their critical involvement in the theater industry, the development of the involvement of women artists in the theater industry in growing significantly.

In its decade old age, theater in Ethiopia has become a very popular art type mainly in the capital Addis Ababa. Theaters stage plays in a weekly basis based on the number of audience attendance. A theater production may be staged from four times a month to six or more months. Theater houses have performances almost every day throughout the whole week. The audience continued to attend theater productions that are reflections of its day to day life. Despite different economic and technological challenges, cultural and politically themed plays continued to control the stages.

[i] Shadey and Ashenda are annual festivals for young girls and women celebrated by Orthodox Christian followers to mark the end of a religious fasting around mid-August. The week-long celebration is accompanied by especially made cloth and jewelry, music and group dance. The girls prepare songs and dances to celebrate the event. Meskel is an annual religious celebration for Orthodox Christians to celebrate the finding of the ‘true cross’. Religious music and dance are the major elements of the celebration.
[ii] Empress Zewditu ruled the country from 1916 to 1930.
[iii] EPRDF (Ethiopian People Revolutionary Democratic Front) is a political party that has been in power since 1991 toppling the Derg after a seventeen years armed struggle.

This post was written by the author in their personal capacity.The opinions expressed in this article are the author’s own and do not reflect the view of The Theatre Times, their staff or collaborators.