The project manager of a controversial dam being built by Ethiopia along the Nile river was found shot dead in his vehicle on Thursday.

Semegnew Bekele’s body was found inside a Toyota Land Cruiser, which had been parked near a busy road at Meskel Square in the heart of the Ethiopian capital, Addis Ababa.

“He had a bullet wound behind his right ear,” Zeinu said, adding a Colt pistol was found inside the car.

Bekele managed the $4.8bn Ethiopia Grand Renaissance Dam that is being built along the Nile river. He had been overseeing the project since the dam’s construction began in 2011.

Hundreds of protesters angry at the engineers’ death, which many suspect to be a murder, gathered in front of state television ETV calling for justice.

At the scene, apparent bloodstains were visible inside the car, where Bekele was found in the driver’s seat.

The news brought shock, with many Ethiopians mourning his death, and social mediafull of comments and speculation.

Currently about half completed, the project – which is expected to more than double Ethiopia’s current electricity production – has caused a long-standing dispute with neighbouring Egypt, which fears the dam could reduce its share of the Nile waters.

A bone of contention for Ethiopia and Egypt is the speed at which the dam’s reservoir would be filled, with Cairo fearing the river’s flow will be significantly reduced.

Under a new 2015-2020 development plan, Addis Ababa wants to raise power generation to 17,346MW from a current capacity of just over 4,300MW from hydropower, wind and geothermal sources.

In June, the leaders of Ethiopia and Egypt vowed to iron out their differences peacefully. They also agreed to take steps to put into effect an agreement, which includes Sudan, to set up a fund for investing in infrastructure in the three countries. 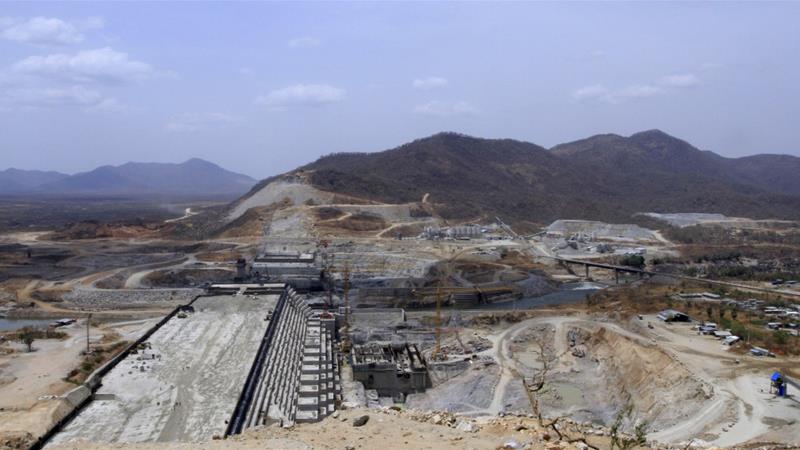 Hydro-economics: Egypt, Ethiopia and the Nile