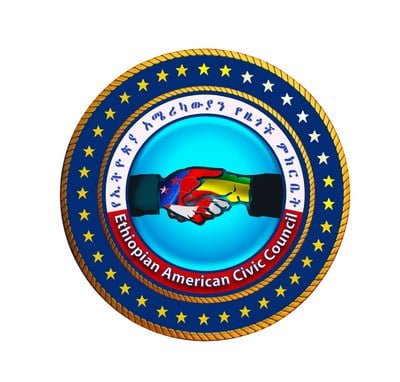 DENVER, Sept. 22, 2021 /PRNewswire/ — The Ethiopian American Civic Council (EACC) represents one of the largest Ethiopian-American voting blocs in the United States. The EACC rejects President Biden’s recent Executive Order authorizing sanctions against Ethiopian entities and individuals if the Ethiopian Government and the Tigray People’s Liberation Front (TPLF) fail to come to negotiations and end the conflict that erupted in Tigray when the TPLF attacked federal military bas”We urge President Biden to rethink and recalculate the US approach in Ethiopia before it becomes a political failure.”

While the EACC supports provisions of the Executive Order calling for the protection of civilian populations and access to humanitarian aid, it rejects the call for the democratically-elected government led by Prime Minister Abiy Ahmed to negotiate with the TPLF terrorist regime.

“The TPLF is a designated terrorist group. We urge President Biden to rethink and recalculate the US approach in Ethiopia before it becomes a political failure,” said Yoseph Tafari, EACC Chairman. “The Executive Order will further fracture the two nations‘ bilateral relationship and diminish any hope for peace and stability in the Horn of Africa.”

Sworn in as the Prime Minister in 2018 of Africa‘s second most populous nation, Abiy worked to negotiate political settlements with the TPLF leadership based on the TPLF’s past years of oppressive rule. He also worked to foster a sense of national unity when ethnic divisions had defined Ethiopian politics. However, once no longer in power, the TPLF attempted to overthrow Abiy’s government. The result is today’s conflict in Tigray.

PM Abiy issued a ceasefire in June of this year. The TPLF seized the opportunity to regroup and attack civilians and civilian infrastructures in the Amhara and Afar regions. The TPLF-led war has resulted in the massacre of thousands of civilians including in Maikadra, Chena, Galicoma, and Agamsa, creating internal displacement and severe food shortages.

Ethiopian American Civic Council: One the largest and most diverse Ethiopian American diaspora communities in the United States with approximately 750,000 supporters in all 50 states. The EACC represents all of the nearly 90 Ethiopian ethnic groups. The EACC is a US-based, 501(c) 4, nonprofit organization.