At a hotel in Addis Ababa well-known for hosting jazz greats, thousands of fans lined up on a Saturday night to headbang along with what is still a rarity in Ethiopia’s diverse music scene — a rock band.

Jano, named after a popular item of traditional clothing, has made a name for itself in Africa’s second most populous country, as well as abroad, by blending local styles of music with Western rock and roll.

“We’re trying to make something very, very different,” said Hailu Amerga, one of four vocalists in the eight-piece, mixed ensemble, that also features a drummer, keyboard player, guitarist and bassist.

“Rock, it was really far away from our country, and it’s not our tradition,” he said.

Ethiopian music is generally known for its distinctly non-Western scales and instrumentation, and is a staple of the nightlife in the Ethiopian capital.

Perhaps no style of Ethiopian music is better known outside the country than its unique kind of jazz, pioneered by musicians such as Mulatu Astatke and Mahmoud Ahmed, and known worldwide as Ethio-jazz.

The longstanding jazz culture evolved from a brass band movement that was begun by an Armenian band brought to the country by Haile Selassie, Ethiopia’s last emperor, after he saw it perform in Jerusalem during a visit in the 1920s.

“When… you give them that traditional jazz, the satisfaction never (finishes),” said Melaku Belay, owner of Fendika, a club where crowds gather for Friday night showcases of traditional music by the dozens of ethnic groups in the country.

Ethiopia’s music scene was not always so free.

During the 14-year communist regime of Mengistu Haile Mariam, jazz was suppressed and many musicians fled the country. 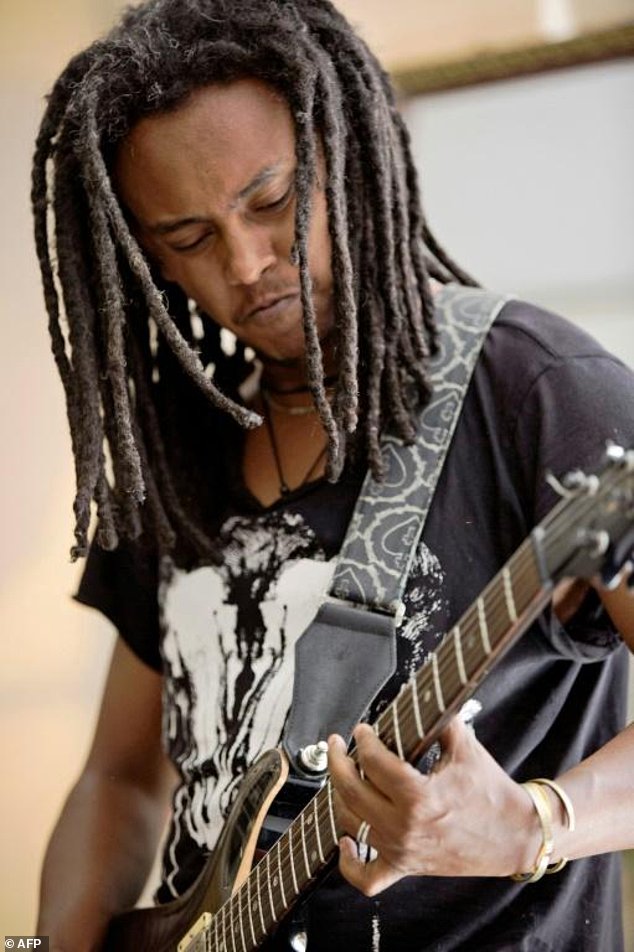 Though the musical culture has experienced a rebirth in the years since Mengistu’s 1991 ouster, rock music has not developed much of a following in Ethiopia, said Dibekulu Tafesse, another of Jano’s vocalists.

“At first, we were afraid to introduce it,” he said. “Some people are so confused. At the same time, it’s not our culture.”

Jano was assembled in 2011 by Addis Gessesse, a band manager and concert promoter, who has since cut ties with the group.

The band’s sound drifted away from the reggae, jazz and pop that dominate Ethiopia’s music scene as it took on new members.

“When we first came together, we didn’t have the plan to create a rock band. Everybody has their own inspiration,” said Dibekulu.

Bill Laswell, a New York-based bassist and producer who worked on Jano’s first album, Ertale (2012), worried how the genre would go down in Ethiopia.

“I thought the rock thing would be kind of risky with the older audience, but I thought the younger audience would be… ready for what they were doing,” Laswell told AFP in a telephone interview.

When Jano began performing after two years of rehearsals, audiences were sometimes taken aback by their unconventional style.

Not Jano, which prides itself on its energetic stage presence. “People usually think we are high…, but we’re not,” he added.

While the guitar riffs in Jano’s songs would not be out of place on an Aerosmith or Guns N’ Roses record, much of the songwriting is distinct to the Horn of Africa.

The vocalists sing in Amharic, Ethiopia’s main language; the keyboardist sometimes emulates the sound of a masinko, a string instrument used in music across the region; and the ululating of the female vocalists is typical of Ethiopia’s traditional music.

“The melodies are from here, the musical arrangements, everything is from here,” singer Haleluya Tekletsadik said.

The rise of Jano comes amid a wave of musical diversification in Ethiopia, said Henock Temesgen, a bassist who has played with several Ethiopian jazz acts.

“A lot of bands are trying to experiment with mixing Ethio music with other elements, like jazz. Jano is just one element of that,” Henock said, adding that before Jano, there was no real rock band in the country.

Jano plans to release a second album in the coming months, and regularly performs abroad, including in the Middle East, US and Europe.

While their shows are popular with the Ethiopian diaspora, Dibekulu said Jano has wider appeal.

“There were Africans, Latinos,” he said, of their last show in New York. “