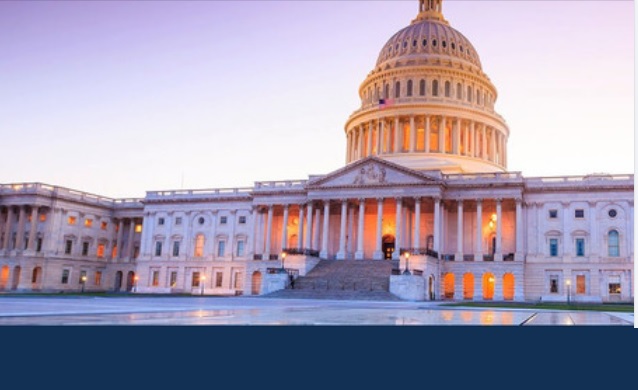 The release of Eskinder Nega and other prisoners of conscience is a welcome event. This positive development was marred by the Ethiopian government’s decision to grant amnesty to criminal and terrorist TPLF leaders and members of extremist Oromo fanatic goups. Individuals who have committed crimes, especially inciting and committing violence, should be held accountable, not released unconditionally.

In July 2018, Eskinder Nega and Mesfin Mekonen initiated and delivered to Prime Minster Abiy during his visit to the United States a declaration calling for Ethiopia to move forward with a truth and reconciliation project animated by the spirit that propelled change in South Africa. The goals are clear: peace, justice, respect for human rights, democracy, and prosperity. Achieving these basic goals will require a process of truth telling, particularly about human rights abuses, achieved through testimony from both victims and perpetrators, coupled to a pledge of reconciliation. The declaration, was signed by prominent Ethiopians.

In December, Ethiopia’s parliament enacted legislation to create a reconciliation commission as part of an effort to end inter communal ethnic violence. The objective of the 11-member commission is to advance the prospects for peace and national unity by creating a shared common reality and unifying the people of Ethiopia around common goals including justice and prosperity.

The late Desmond Tutu said the following about Truth and Reconciliation: “Forgiving is not forgetting; it’s actually remembering — remembering and not using your right to hit back. It’s a second chance for a new beginning.”

The 11-member Ethiopian National Dialogue Commission is tasked with facilitating “an inclusive dialogue and reconciliation process that would heal wounds, build a consensus on key issues and help the country to solve its complex problems.”

While Ethiopians all over the world applauded the initiative, some expressed concern about the scope and independence of the National Dialogue Reconciliation Commission. In a statement, Vision Ethiopia said that “while the forward-looking objective of the initiative is laudable, the scope of the mandate in its current form appears to be narrow, devoid of historical contexts, and lacking a robust framework that is in congruence to the magnitude of the task it is intended to tackle. Further, although the proposed institution is heralded to be independent from political tampering, it is stipulated that it will be run by members nominated by the Prime Minister and approved by the House of Peoples’ Representatives.”

In a letter to the Ethiopian government, People to People and six other organizations commented on the scope of the commission’s mandate, writing that why they “applaud the envisaged mission of the Commission, we are concerned that it also leaves much more to be desired. As has been the case with the experiences of other nations that went through periods of tribulations, we believe that the mandate should be expanded to include truth, justice, reconciliation and reparations. We are of the conviction that now is the time for the country’s policymakers to take decisive steps to heal the country that has experienced much suffering and pain over the last three decades.”

Following the unilateral ceasefire declared by the federal government in June 2021, there have been hundreds of killings, brutal attacks, destruction of properties and rapes in areas occupied by the TPLF.

The conflict is causing man-made famine. According to the World Food Program, over a million people in Ethiopia are in dire need of food.

There is enough evidence to file complaints in the International Criminal Court to bring the TPLF to justice for their massacre at Mia-Kadra in the western part of Tigray, Woldeya, Lalibella, Afar and against the Shenne/ Oromo Liberation Front terrorist group which massacred Orthodox Christians among the Amharas, Agaws and Gurages. It is essential to document the crimes of the TPLF and Shenne/OLF and file a complaint with the International Criminal Court as part of an effort to hold the leadership of the TPLF and OLF responsible for crimes against humanity and genocide in Ethiopia.

After the immediate conflict has been calmed, Ethiopians must take steps to avoid future conflicts. Peace and stability depend on abandoning the ideology of ethnic division and launching a project to revise the Ethiopian constitution. The present constitution was created to exacerbate ethnic divisions. It will lead to the destruction of Ethiopia.

Citing unnamed sources, Capital, a weekly Ethiopian business newspaper, reported this week that work to begin test power generation at two units of the GERD, capable of producing an estimated 700 MW, has been completed. The Office of the National Council for the Coordination of Public Participation to the Construction of GERD widely shared the story on social media.

The GERD will transform the lives of millions of Ethiopians. Today, 83% of Ethiopians lack access to electricity, and 94% rely on wood for daily cooking and heating. The GERD will bring millions of people into the 21st century, providing the opportunity to lead better lives. The GERD is also essential to improving Ethiopia’s food security. Currently, less than 5% of irrigable land in the Blue Nile basin has been developed for food production. The GERD will dramatically increase agricultural production.

The Dec. 28, 2021 issue of Foreign Policy has an excellent article about the conflict in Ethiopia. It is highly critical of western news media and governments, noting that they have been duped by TPLF propaganda. “The international press has fallen prey to the TPLF’s narrative without considering the group’s recent history as an authoritarian ruling party that repressed all other groups in the country. The TPLF’s sophisticated propaganda was aided by both the Ethiopian government’s initially weak communications strategy and the government’s (probably strategic) denials that Eritrea was acting as its ally in the war.”

The article notes: “The media’s dogged focus on Tigrayan victimhood has all but erased the acute suffering of the voiceless Tigrayan communities who do not support the TPLF and the country’s other ethnic groups who, for years, were marginalized under TPLF rule. Horrific massacres in Afar and Amhara at the hands of the TPLF have been strikingly underreported, even though accounts of violence are emerging daily in shocking proportions.”

According to Reuters, Secretary of State Blinken said that “Ambassador Satterfield’s decades of diplomatic experience and work amidst some of the world’s most challenging conflicts will be instrumental in our continued effort to promote a peaceful and prosperous Horn of Africa and to advance U.S. interests in this strategic region.”