Accordingly, General Berhanu Jula, who was the deputy chief of staff of the Ethiopian National Defense Forces (ENDF), is appointed as chief of staff, replacing General Adem Mohammed. Lt. Gen. Abebaw Tadesse will be the new Deputy Chief of Staff.

Lt. Gen. Abebaw is one of the three former Military officers who were previously laid off from the ENDF were called back by PM Abiy Ahmed to return to the army on Novemebr 04. 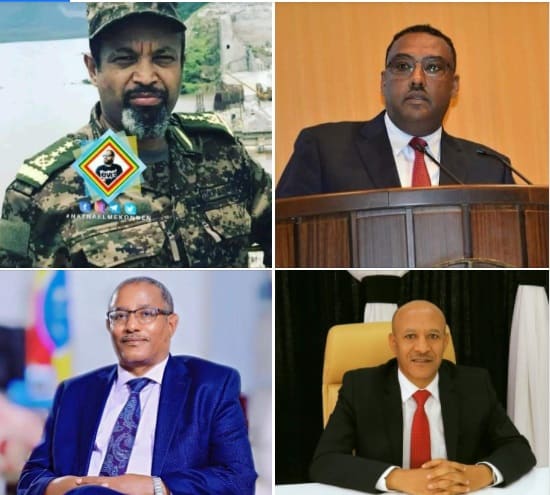 Temesgen Tiruneh, who has just resigned from his post as president of the Amhara regional state, is now appointed as Director of the National Intelligence and Security Service (NISS), replacing Demelash G. Michael. A trusted confidant and close ally of PM Abiy, Temesgen was his national security advisor before he assumed the presidency in Amhara regional state in the wake of the June 22/2019 assassination of the regional state President Ambachew Mekonnen and other senior officials.