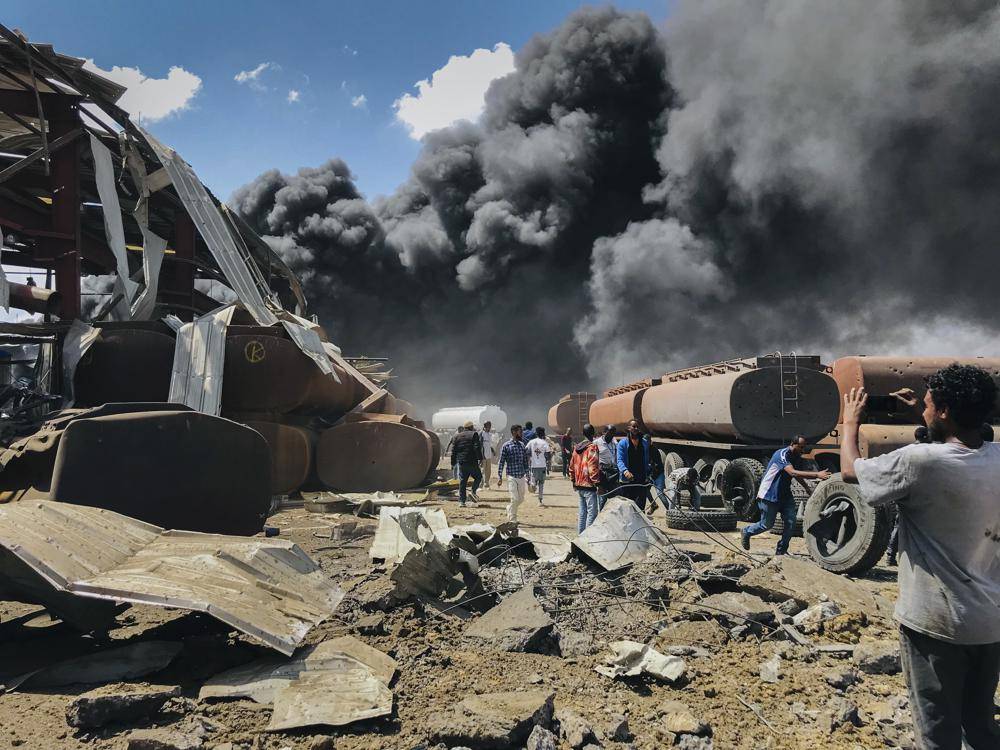 The Ethiopian Air Force has been bombing terrorist targets in the Tigray Region over the past week, prompting intense Western media criticism. Allegations are spreading that the military is supposedly “bombing its own people” after claims of civilian casualties. This phrase is a dog whistle that was popularized during the US-led Hybrid Wars on Libya and Syria. It’s intended to advance the weaponized narrative that federal forces are carrying out a so-called “genocide” in the northern part of the country.

In reality, what’s actually happening is that the terrorist-designated Tigray People’s Liberation Front (TPLF) is on the defensive and therefore desperately trying to generate enough international support on supposed “genocidal” pretexts that a so-called “coalition of the willing” ends up successfully pressuring Ethiopia to halt its operations. Lost amid this latest information warfare offensive against the Horn of Africa country is the fact that federal forces have the international legal right to launch anti-terrorist strikes within their own borders.

Prime Minister Abiy Ahmed’s government patiently tried to give peace a chance all this summer after pulling federal forces out of the Tigray Region and unilaterally declaring a ceasefire. Prior to the onset of hostilities in November 2020, they did their utmost to advance a peaceful solution to the country’s TPLF-provoked political crisis, but to no avail. The most influential faction of the former ruling party simply didn’t want to compromise and evidently had its mind made up in hindsight on sparking a military conflict if it didn’t get its way.

Everything didn’t go according to the TPLF’s plans, however, since they’ve been unable to march on Addis Ababa like they previously threatened despite invading the neighboring Afar and Amhara Regions in pursuit of that goal. Not even the support of corrupt UN officials or American pressure on the Ethiopian authorities could change the on-the-ground dynamics in their support. With formerly prominent American and EU officials nowadays openly calling for the “Bosnification” of Ethiopia, the state knew that it had to make a military move.

This explains the timing of the latest anti-terrorist strikes in Tigray. They’re not only meant to degrade the TPLF’s military capabilities, but also to show those members of the international community that have taken the group’s side that they’re backing the losing party in the conflict. Instead of pragmatically reconsidering the wisdom of their prior partisan choice, some of them are redoubling their information warfare efforts against Ethiopia by giving false credence to the TPLF’s discredited “genocide” narrative.

The Ethiopian Air Force isn’t “bombing its own people” like the TPLF and its supporters claim. Tigrayans are Ethiopians and they’re not being bombed. Only military sites run by the terrorist group that’s captured control of their eponymous region are being targeted. Misreporting on the consequences of these strikes like the Western Mainstream Media has done is meant to imply that Ethiopia is rapidly descending into the “genocidal” violence that they claimed Libya and Syria were suffering from which prompted Western intervention there.

This doesn’t mean that any of those same states will start bombing Ethiopia under the false pretext of the so-called “Responsibility to Protect”, which is actually just a form of “humanitarian imperialism”, but just that they’re trying to put additional pressure on the Horn of Africa country since their proxies are now on the defensive. It’ll be difficult for them to supply the TPLF like before after Ethiopia exposed the means through which US-backed corrupt UN officials were previously doing this.

Their only recourse is to double down on their information warfare against Ethiopia. This is likely being done with the purpose of establishing the pretext for additional sanctions threats against it on a false “humanitarian” basis in a last-ditch attempt to pressure the government to stop its operations or to punish it if any forthcoming all-out liberation campaign there is successful. This dimension of the American Hybrid War on Ethiopia is being intensified because the West’s TPLF proxies are losing and they don’t have any other way to try to save them.