Tigray rebels claim drone attacks in the regional capital, Mekele in the wee hours of Tuesday 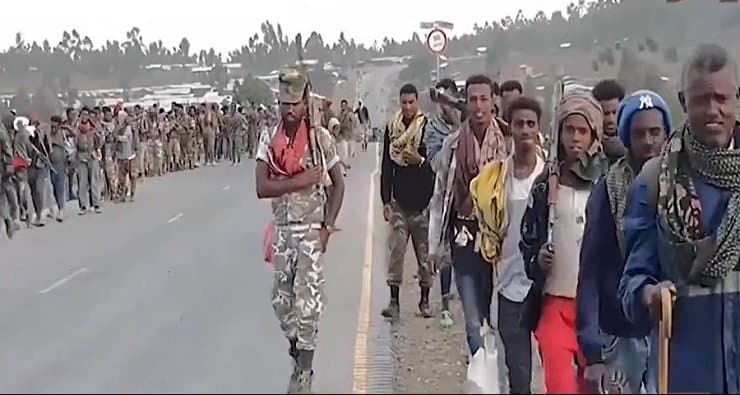 Heavy fighting between the Ethiopian army and Tigray People’s Liberation Front (TPLF) forces has continued on several fronts in northern Ethiopia, while a TPLF official said Ethiopian air force drones attacked Mekelle, the capital of the northern Ethiopian region, around midnight on Tuesday.

The spokesman of TPLF, Getachew Reda, said on Twitter that a nighttime drone attack had taken place in Mekelle.

” No conceivable military targets! #MekelleHospital among the targets and at least three bombs dropped,” he said.

Anadolu Agency could not verify the accuracy of the alleged attacked targets and Ethiopian officials were not immediately reachable for comment.

However, Addis Ababa consistently denied targeting civilians and non-military targets ever since the resumption of the latest round of fighting, which shattered the five-month humanitarian truce.

According to a statement of the Ethiopian Government Communication Service issued on Wednesday, TPLF has begun a new offensive on several fronts.

“TPLF has launched an invasion at Wag, Welkait and around Sudanese border,” it said, adding that the Ethiopian forces were heroically defending their positions and civilian population.

The latest TPLF offensive has come after the Ethiopian forces had aborted their offensive in eastern Amhara.

“The Ethiopian government will continue to defend TPLF’s invasion and pursue a peaceful resolution of the conflict,” it added.