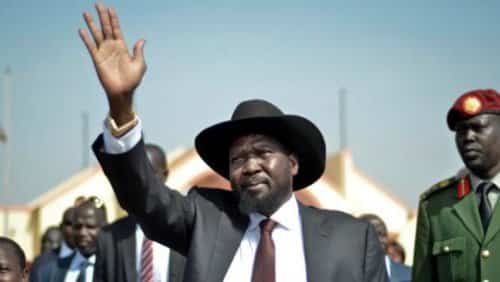 Presidential Spokesman Ateny Wek Ateny said Friday the Ethiopian leader, Abiy Ahmed has officially accepted the proposal of the regional bloc which identified Kiir as a suitable person in the region to mediate the ongoing conflict in Ethiopia.

“The Ethiopian Prime Minister has now accepted the proposal by the IGAD which asked President Salva Kiir Mayardit to mediate the talk between the Government of Ethiopia and brothers from Tigray,” said Ateny.

Speaking to the UN Radio in Juba Miraya FM on Friday, he pointed out that the process would be launched soon as Prime Minister Abiy took the oath of office on 4 October for a second term after the elections.

President Salva Kiir was officially informed of the acceptance to mediate the talks by Prime Minister himself when he attended the inauguration ceremony this week,” said Ateny without indicating when the talks would begin.

In September, Sudan’s Prime Minister Abdalla Hamdok who is also the IGAD Chair said Kiir was the right person for the job, pointing to his personal connection and relations with Ethiopian leaders.

Hamdok later confirmed he had asked Kiir to mediate the talks between the Ethiopian rivals.

“The president accepted the request and now preparations are underway so that this mediation process starts,” Ateny said in a separate interview.

The Ethiopian northern region has been wracked by violence since November 2020, when Abiy sent troops into Tigray to contain activities of the ruling Tigray People’s Liberation Front (TPLF).

His response resulted in a full-scale conflict that displaced some 2.1 million people in Tigray. Also, there are 250,000 people in the Amhara region and 112,000 IDPs according to the local authorities and the UN Office for Coordination of Humanitarian Affairs (OCHA).

It is not clear if the rebels would join the negotiating table.

Last July, the regional armed group called to negotiate a ceasefire agreement asked first for the withdrawal of the Amhara militiamen and Eritrean soldiers from the region.