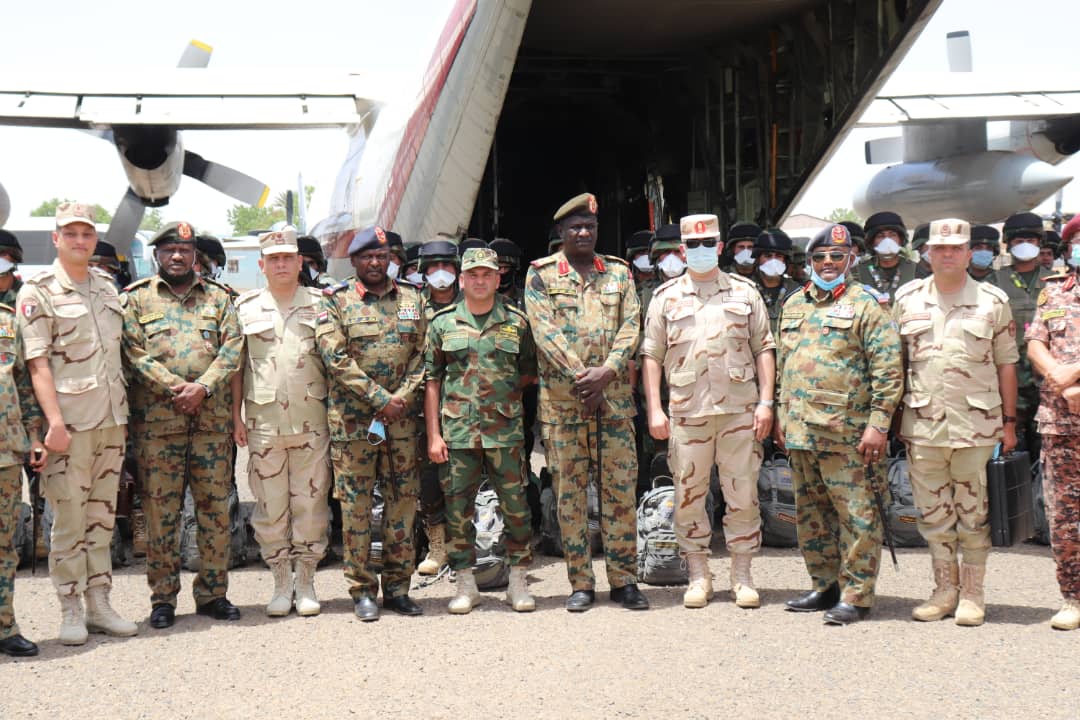 Final Preparations for the launch of the joint Sudanese-Egyptian military training exercise titled “Nile Protectors”, and scheduled to take place in Sudan between May 26 and 31 of this year have been completed Sudan News Agency (SUNA) reported yesterday.

The report said that the “Nile Protectors” maneuver comes as an extension of a series of joint training exercises between the two countries, and was preceded by two exercise tiled Nile Eagles 1 and 2, all of which aim to exchange military expertise, enhance cooperation and unify working methods to address the expected threats to the two countries according to the report.

This latest development comes as tensions between Ethiopia, Egypt and Sudan over the Grand Ethiopian Renaissance Dam (GERD) reaching its highest after failing to reach an agreement in Kinshasa last month. Ethiopia’s Ministry of Foreign Affairs (MoFA) in a press release issued shortly after the accords blame Egypt and Sudan for the failure of negotiation and reiterated its position in support of a trilateral process that will maintain the ownership of the countries and integrity of the AU-led process and commits to working towards the conclusion of the trilateral process.

Ethiopia’s Deputy Prime Minister and the Minister of Foreign Affairs Demeke Mekonnen said during a meeting with diplomats, intellectuals and members of the GERD negotiation team that, “The second filling of the GERD will be conducted as scheduled and agreed by the national scientific research group (NISRG) of the three countries.”

The Deputy Prime Minister sounded confident in the role of the AU in facilitating the negotiations and bringing the process to a successful conclusion and reaffirmed Ethiopia’s conviction on the principle of finding African solutions to African problems while adding, “Egypt and Sudan are attempting to exert unnecessary pressure on Ethiopia through different means including the internationalization and politicization of technical issues which will only undermine trust among the three countries.” He concluded by  expressing hopes that the tripartite negotiation will be concluded with a mutually beneficial agreement adding that the riparian countries should have been part of the consultation since the river basin is a shared resource.